When Is a Star Not Always a Star? When It’s an Online Review 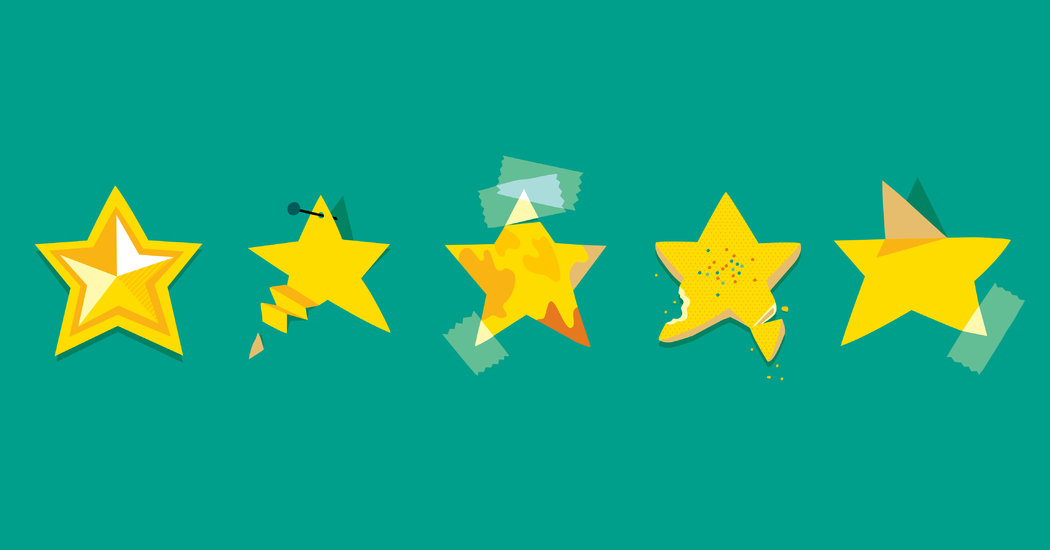 In the world of e-commerce, the online review is king, the internet’s answer to walking into a store and trying out a product for yourself.

An increase of just one star in a rating on Amazon correlates with a 26 percent increase in sales, according to a recent analysis by the e-commerce consulting firm Pattern.

But while online reviews have become powerful sales tools, the ecosystem is relatively crude. Reviews can be easy to manipulate, and the operators of sites with the most reviews are not always motivated to crack down on fake ones planted to promote products. That leaves many consumers wondering what to believe.

“The detection of it is a very difficult issue,” said Edward C. Malthouse, a professor of marketing at Northwestern University who has studied the influence of online reviews. “How can you tell if I’m just someone who’s being paid to write a review versus a genuine review?”

The state of the system was highlighted last month in a proposed settlement between Sunday Riley Skincare, a popular seller of items like $55 night oils and $85 brightening serums, and the Federal Trade Commission, which found that the company had posted fake reviews of its products on Sephora’s website for years. Allegations that the brand directed employees to write fake reviews emerged on Reddit last year, but the F.T.C. complaint was far more detailed and said the company’s chief executive, Sunday Riley, had been directly involved in the scheme.

The complaint included a July 2016 email from Ms. Riley that told employees to create three Sephora accounts each with different personas and Gmail addresses. In addition to posting praise, she wrote, employees should “dislike” negative reviews.

“After enough dislikes, it is removed,” she added. “This directly translates to sales!!”

Ms. Riley said she was disappointed that the brand’s Tidal Brightening Enzyme Water Cream and Good Genes All-in-One Lactic Acid Treatment were rated 4.2 out of 5, and wanted at least a 4.8.

“Make sure to NOT compare the product to other products, to not use foul language, and to be very enthusiastic without looking like a plant,” she wrote. “Leave a review for a different product every day so you build up history.”

The agency found multiple fake reviews between 2015 and 2017. When Sephora removed some of them, the F.T.C. said, Sunday Riley started to use technology that obscured locations and IP addresses. Interns were asked to post from fake Sephora accounts as recently as April 2018.

The F.T.C. complaint cited another email from a Sunday Riley employee offering tips: “If you notice someone saying things like I didn’t like ‘x’ about it, write a review that says the opposite. The power of reviews is mighty, people look to what others are saying to persuade them and answer potential questions they have.”

Ms. Riley and her company did not respond to email and LinkedIn messages seeking comment for this article. Two public relation firms that previously worked with Sunday Riley said they no longer represented the firm.

Sephora still promotes Sunday Riley products in its stores. The retailer said in an email to The New York Times that it did “not believe the actions at Sunday Riley are representative of our brands or the countless hours our clients have spent sharing their authentic product experiences with us.” The company said it vetted and had removed certain Sunday Riley reviews from its website, particularly if reviews were left the same day the account was created.

Sephora has a new system for verifying the source of reviews and added badges to highlight reviews tied to purchases, the company said. It did not address questions about any punitive action it took against Sunday Riley.

The response from Sephora and the proposed settlement with the F.T.C., which did not include a financial penalty, surprised some in the industry. The commission received roughly 40 comments about the agreement from frustrated consumers, one of whom said it was a “finger wag.”

“It was the most blatant case of fake reviews, and this is how the government responds to it,” said Saoud Khalifah, chief executive of Fakespot, a company that analyzes the authenticity of reviews on sites like Amazon, Sephora and Best Buy. “Now everybody is like, O.K., if that’s the penalty, then why not write more fake reviews and pump ourselves through the roof?”

Two of the F.T.C.’s five commissioners, Rohit Chopra and Rebecca Kelly Slaughter, objected to the proposed settlement. Mr. Chopra said in a statement that it was “unlikely to deter other would-be wrongdoers” and that the agency should impose financial penalties for the growing problem of fake review fraud.

Sunday Riley would face the threat of civil penalties if it engaged in this behavior again. The company did not have to provide consumer redress, in part because it would be difficult to calculate how many purchases were driven by the fake reviews.

“An order that binds a company and its C.E.O. for 20 years, imposing reputational costs and subjecting Ms. Riley and her company to the threat of significant civil penalties, sends a strong signal to the market,” Noah Joshua Phillips, an F.T.C. commissioner, said in an email to The Times.

E-commerce sellers, from legitimate brands to counterfeiters, can also buy good reviews through dodgy websites, online forums and Facebook groups. There are services that connect sellers with consumers who are willing to buy and rate products online for reimbursement. Positive ratings not only drive sales but can increase the odds that products appear high in search results.

“The incentives are incredibly high for brands to create fake reviews or incentivize reviews,” said John LeBaron, Pattern’s chief revenue officer. “Many brands I’ve spoken with say: ‘I feel like if I don’t do this, then I’m not staying level with my competition, I’m literally just falling behind.’”

Volume can also make a big difference. The likelihood that consumers who read reviews will buy a product can triple based on the number of reviews it has, according to research by Mr. Malthouse, the Northwestern professor, and Yorgos Askalidis, a data scientist, in 2016.

Companies like Fakespot specialize in detecting fake or paid reviews, particularly those posted by humans. Their systems look at language patterns, account creation dates, the types of items that certain accounts are reviewing, and more.

“Amazon is removing fake reviews, but not at the scale to remove every single fake review on the platform,” Mr. Khalifah said.

An Amazon spokesman said in a statement that companies like Fakespot “simply do not have access to the information we have, and they wrongly accuse reviews from genuine customers who have worked hard to provide valuable feedback so that other shoppers can benefit.”

“That is not to suggest that there aren’t bad actors,” the spokesman added. “We are aware of bad actors that attempt to abuse our systems, and we continue to invest significant resources to protect the integrity of our reviews, and we will not stop working hard on behalf of our customers and selling partners.”

The schemes can be complex. BuzzFeed News recently detailed how one woman had bought hundreds of cheaply made products on Amazon and given them five-star reviews in exchange for reimbursement from sellers, whom she often connected with through Facebook. Her fraudulent reviews, which are given credibility through the “verified purchase” label and can include photos and videos, have gone undetected by Amazon, BuzzFeed reported.

Consumers should be aware of how reviews can be manipulated but may not be able to avoid them entirely, said Rob Gross, Fakespot’s chief operating officer. He advised sorting reviews by “most recent,” which can help illuminate any issues. He also said he tended to ask family and friends about products and checked with independent resources like Consumer Reports.

Mr. Chopra, the F.T.C. commissioner, called on the agency to confront review fraud more aggressively and to keep pace with regulators around the world that have recognized the problem as “a major threat to honest competition online.”

“The law has long recognized that false advertising is an unfair method of competition that harms both consumers and honest businesses,” he wrote. “We must remember this when it comes to calibrating consequences for wrongdoers and comprehensively attacking the problem of fake reviews.”