What Makes a ‘Narrative Violation’? 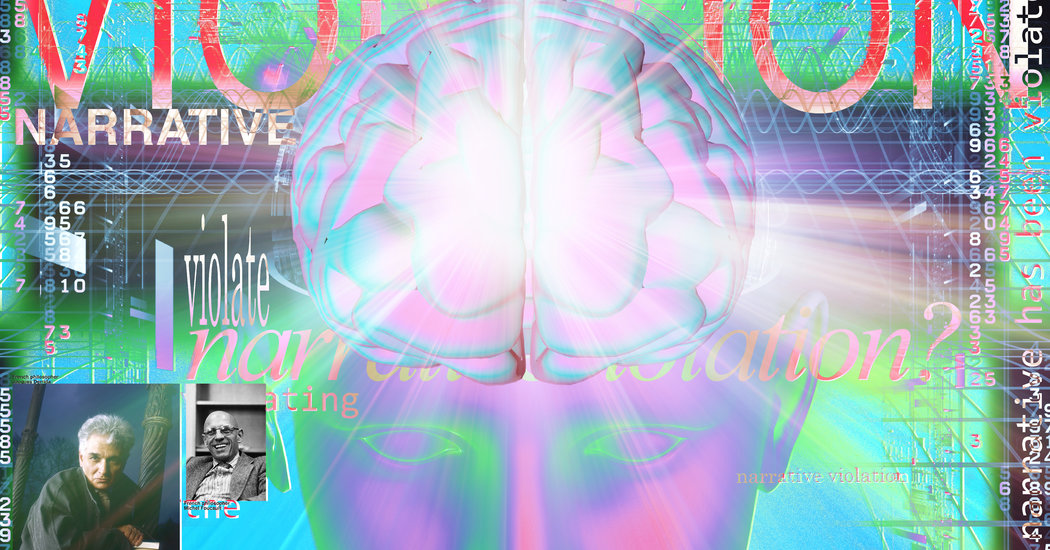 There’s an easy way to sound smart and edgy in the tech world: First, identify a broad idea that people seem to agree on. Then, cherry-pick a single piece of data that refutes it. Call it a “narrative violation.” And tweet it bumptiously.

He wasn’t entirely sure what it meant, so in the tradition of thought-leading V.C.s everywhere, he took to Twitter. He declared “narrative violation” the year’s “V.C. Bingo” buzzword.

The tweeting masses quickly schooled him. A narrative violation, he learned, is a way to express an idea that goes against conventional wisdom. It is a friend of “well, actually,” and a distant cousin to the devil’s advocate. It has been used as an investment framework, a conversational shortcut and, in at least one case, a defining personal identity trait.

Rob Go, a founder of NextView Ventures, defined it as “kind of like ‘contrarian,’ but more contrarian and complex.”

Hunter Horsley, a founder of Bitwise Asset Management, a cryptocurrency start-up, called it “a contrarian way to say contrarian.”

Here is a selection of recent facts that have violated the narrative: A ride-hailing start-up being profitable; crime falling in San Francisco; boomers driving the urban apartment surge.

Contrarianism has long been a part of the tech industry ethos. In the late 1990s, Apple implored people to “think different” in its ads. Founders Fund, the venture capital firm created by Peter Thiel in 2005, is famous for its unconventional investment thesis. Other firms have embraced the philosophy, including one in Lithuania called Contrarian Ventures.

“It is widely accepted that one has to do things differently to succeed,” the website for Contrarian Ventures states.

In 2017, Geoff Lewis, an investor at Founders Fund, struck out on his own. “Against all odds, a few brave entrepreneurs violating the narrative today will come to define profound new truths tomorrow,” Mr. Lewis and his partner wrote in a manifesto letter for their firm, Bedrock Capital. “We’re on a mission to find them.”

The firm’s investments include RigUp, a job site for oil and gas workers; Cameo, a site selling personalized shout-outs from celebrities like Fat Joe and Denise Richards; and FreeThink, a website which publishes videos and articles about people who think differently.

Two years later, the term is a point of pride among techies. On Acquired, a start-up podcast, the founders of the email company Superhuman explained their strategy of charging people $30 a month when other email services are free. “Talk about a narrative violation,” said Ben Gilbert, the podcast’s host.

In July, Chris Herd, the founder of Firstbase, a start-up that helps companies set up remote workers, published a blog post titled “Why I’m a Narrative Violation.” In it, he described his path to the start-up world — studying architecture in Europe instead of dropping out of Stanford — as a narrative violation.

His point was to inspire people “to not take the regularly trodden path,” he said in an interview. “Don’t go to Stanford and then drop out.”

Perhaps it’s not a surprise that the spread of narrative violation in the start-up world is taking place as the narrative around start-ups turns sour.

Uber, the most valuable, highest profile start-up of this generation, watched its stock price plummet after a disappointing initial public offering in the spring. WeWork, the other big, valuable, high-profile unicorn, stumbled magnificently when it tried to go public earlier in the fall.

But that narrative may also be too simple.

In September, Peloton, a hot fitness start-up, had a disappointing I.P.O., confirming many peoples’ beliefs that start-ups were overvalued and burning too much cash.

“Then something odd happened,” Alex Wilhelm and Sophia Kunthara wrote at Crunchbase News. Earlier this month, Peloton’s shares rallied. They even traded above their I.P.O. price.

“In snark-parlance,” Mr. Wilhelm and Ms. Kunthara concluded, “this is called a narrative violation.”

To some, the term is an excuse to make in-jokes with fellow tech workers. “It’s an attempt to be edgy on Twitter,” said Ken Chan, a software engineer who works in cryptocurrency. He was not immune to the allure, tweeting a joke that he plans to start a V.C. firm called “Narrative Violation Capital.” But Mr. Chan did say that he appreciated the way the term reminds him to think differently.

It is “a very healthy addition to the public discourse,” said Mr. Horsley, because it normalizes “people pointing out contradictions to ‘group think’ in a non-aggro way.”

Mike Ortolano, a founder of a marketing and sales agency that works with start-ups, said the concept reminds him of postmodern philosophers. “I’m not in Paris in the ’60s, so I can’t watch Foucault and Derrida have conversations,” he said. “So instead I have Geoff Lewis and Keith Rabois going at it on Twitter.” (Mr. Rabois, an investor at Founders Fund, frequently tweets about narrative violations.)

“This is like my philosophical Colosseum of sorts,” Mr. Ortolano said.

But the takeover of narrative violations does present a problem. The more popular it is to be a contrarian, the harder it is to actually be one. Venture investors are sometimes accused of lemming-like behavior. And if everyone is a contrarian, no one is.

Mr. Lewis, of Bedrock Capital, is already moving onto a new buzzword. In November he announced — in a tweet, naturally — that the “narrative violation” of 2020 will be “narrative mirage.”