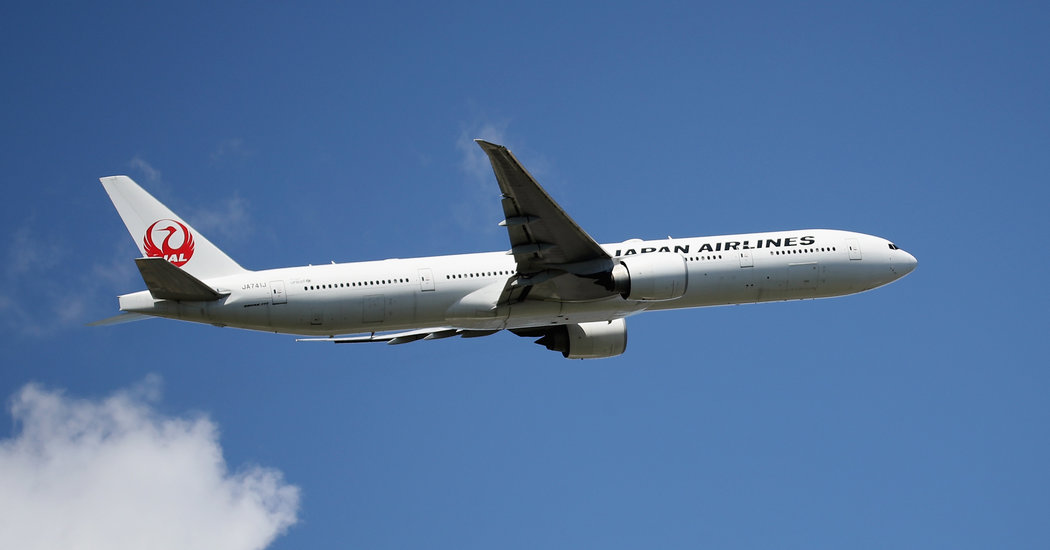 Airlines often go (a little) out of their way to help parents with young children, offering them fruit juice, toys and baby seats.

Now, a special accommodation may benefit another class of fussy traveler (usually less tearful, but no stranger to tantrums): people who are annoyed by babies.

Or at least that’s the case on Japan Airlines, which has introduced a feature on its website that shows prospective travelers where toddlers and babies will be sitting, allowing them to avoid the children if they so desire.

“Passengers traveling with children between 8 days and 2 years old who select their seats on the JAL website will have a child icon displayed on their seats on the seat selection screen,” the site says. “This lets other passengers know a child may be sitting there.”

It is unclear when the tool, which features an icon of a smiling child, was rolled out; Japan Airlines did not respond to requests for comment. The feature drew attention after travelers highlighted it on social media this week, drawing a mix of reactions.

[Here are 32 tips for surviving (and parenting) crying babies on planes.]

Rahat Ahmed, a businessman in New York, thanked Japan Airlines in a tweet for warning him “about where babies plan to scream and yell during a 13 hour trip,” saying the tool should be “mandatory across the board.”

Mr. Ahmed said on Friday that his tweet, which was shared by several news outlets, had been taken out of context by some people who saw it as ungenerous to parents of young children.

The seating chart feature, he said, is “incredibly helpful if you’re planning your travels.”

“I think when people travel a lot, they have quite a few things that they look into,” he said. “Whether it’s aisle seats, they want to know if they’re in the back of the plane, in the front of the plane.”

Mr. Ahmed said he traveled often for work and valued sleep on flights. “Looking at how many hours I’ve spent in the last six months alone flying, it’s been 183 hours inside a plane,” he said.

Japan Airlines’ seating feature won’t be visible to all travelers. The child icons will not be displayed in a number of situations, including when seats are booked as part of a tour or through award tickets, or when seats are selected through other travel websites, the site said.

Child icons may also not be accurately displayed if there is a change in aircraft, the site added.

Japan Airlines, which was created in 1951 and flies to 66 countries all over the world, has a fleet of 235 aircraft and makes 853 domestic flights a day and 146 international flights a day, according to its website.

Other airlines don’t appear to be following their Japanese counterpart’s lead.

Brian Parrish, a spokesman for Southwest Airlines, said the company had no plans for a similar feature. “We do not offer seat maps during the booking process, as Southwest has an open seating policy which allows customers to select any seat once onboard our aircraft,” he said.

Asked about American Airlines’ accommodations for parents of young children or for those annoyed by young children, a spokesman said simply, “We are happy to transport adults, children and infants.”

“I used to feel and say exactly what you have just said — but after having my own son, I am very sympathetic” to parents traveling with children, one person said on Twitter in response to Mr. Ahmed.

One person offered a more diplomatic approach: “We need to learn tolerance or will soon start needing a map of seat locations for mouth breathers, droolers, farters, drunks, and perhaps a lot more things in life.”