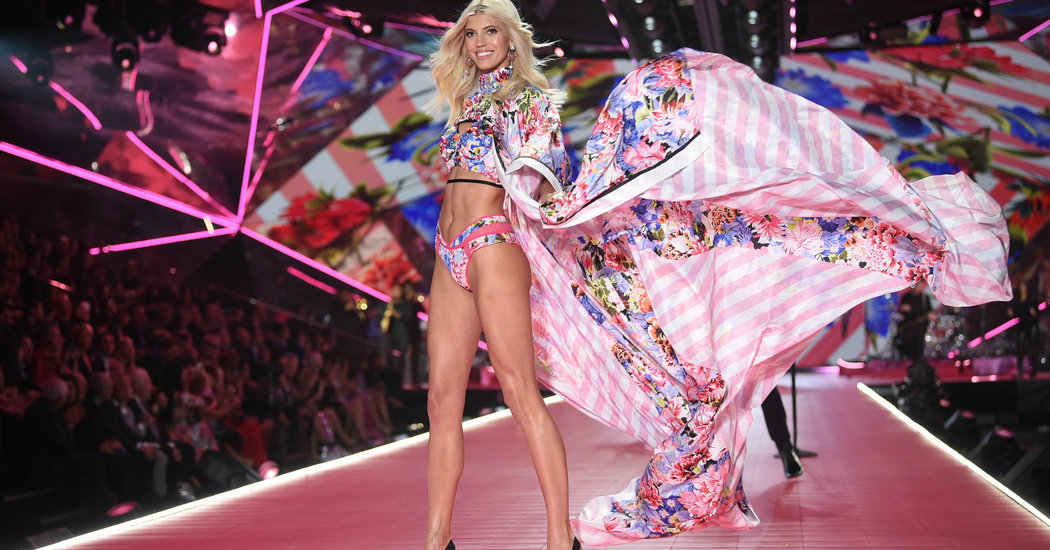 A colorful spectacle of pop music, skimpy lingerie and some of the world’s most famous supermodels, the Victoria’s Secret fashion show had long been a ratings powerhouse and a prime-time marketing bonanza.

But after years of plummeting viewership, L Brands, the parent company of the lingerie company, announced on Thursday that it would no longer hold the fashion show this holiday season.

“We think it’s important to evolve the marketing of Victoria’s Secret,” Stuart Burgdoerfer, the chief financial officer of L Brands, said on an earnings call on Thursday.

Asked if the show would happen this year, he responded: “We’ll be communicating to customers, but nothing that I would say is similar in magnitude to the fashion show.”

The company announced in May that the show would no longer air on network television, but the comments on the earnings call were the first confirmation the event would be canceled entirely.

The decision came as Victoria’s Secret, long the leader in lingerie, has struggled to find its footing through multiple challenges. Consumers have come to see the brand as anachronistic, out of place in the #MeToo era as offering an objectifying view of female beauty. Sales have cratered for years, with more nimble competitors on the rise. And its longtime chief executive, Leslie H. Wexner, has come under scrutiny for his relationship with Jeffrey Epstein.

Last year, Edward Razek, then the chief marketing officer of L Brands, came under fire for saying transgender women should not star in the show. Mr. Razek, who apologized for the remarks, retired in August, soon after the company hired its first openly transgender model.

In October, Victoria’s Secret announced it was laying off about 15 percent of its employees, about 50 people, in its Columbus, Ohio, headquarters.

Though the fashion show was once enormously successful as a marketing tool, with more than 12 million people tuning in to the first show in 2001, viewership had drastically dropped in the last five years. An audience of 9.7 million in 2013 shrank to just 3.3 million last year.

The show was a fantasy of opulence, with crystal-encrusted lingerie on supermodels wearing giant wings. Some of pop music’s biggest stars performed.

But in the current social climate, it increasingly felt to some like it was from another era. Kate Upton, a former Victoria’s Secret model, criticized the fashion show on “Watch What Happens Live With Andy Cohen,” a Bravo TV program, when asked this week about rumors that it might be canceled.

“You know what, we’re sick of seeing the same body type,” she said. “You have to be body inclusive now. Every woman needs to be represented. Otherwise it’s a snoozefest.”