To Drive Down Insulin Prices, W.H.O. Will Certify Generic Versions 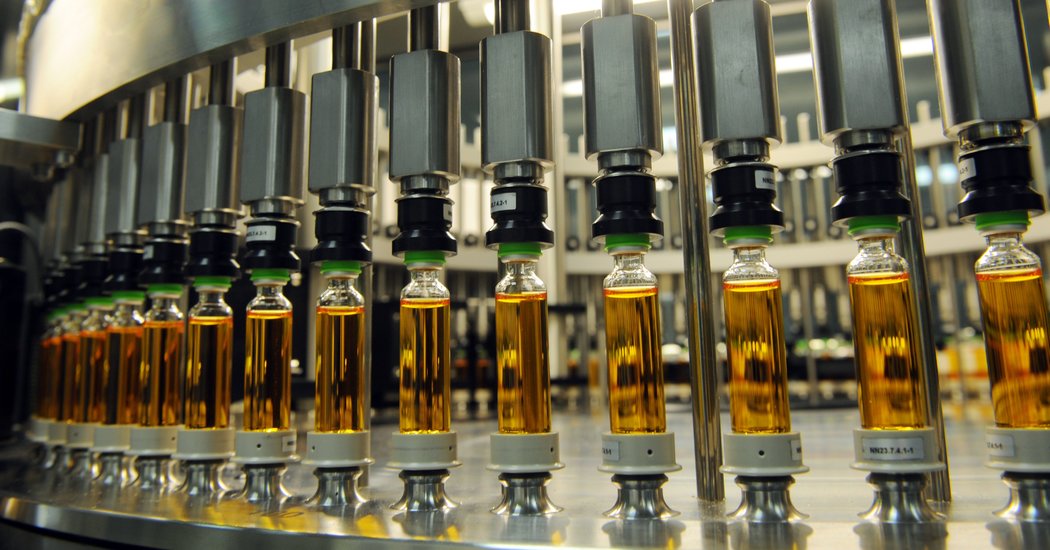 With insulin prices skyrocketing and substantial shortages developing in poorer countries, the World Health Organization said on Wednesday that it would begin testing and approving generic versions of the drug.

Agency officials said they hoped to drive down insulin prices by encouraging makers of generic drugs to enter the market, increasing competition. At the moment, the world’s insulin market is dominated by three companies — Eli Lilly, Novo Nordisk and Sanofi — and they have steadily pushed up prices for two decades.

“Four hundred million people are living with diabetes, the amount of insulin available is too low and the price is too high, so we really need to do something,” Emer Cooke, the W.H.O.’s head of regulation of medicines and health technologies, said as she announced the plan.

The approval process, which the W.H.O. calls “prequalification,” will permit United Nations agencies and medical charities like Doctors Without Borders to buy approved generic versions of insulin.

The process also will reassure countries without strong regulatory agencies that the approved drugs are safe for their health ministries to purchase.

The W.H.O. aims to duplicate its success in widening global access to H.I.V. drugs. Started in 2002, prequalification helped to rapidly lower the prices of these medications in poor and middle-income countries.

At that time, nearly 7,000 Africans were dying of AIDS every day because they could not afford H.I.V. medications, for which Western drug companies charged up to $15,000 a year.

Now the drugs are made in India, China and other countries with thriving generics industries, and they cost less than $75 a year. About 80 percent of the people in the world taking H.I.V. drugs are taking inexpensive generics tested and approved by the W.H.O.

The crisis now facing people with diabetes is equally dire.

Over the last 35 years, the number of people in the world with diabetes has quadrupled to 400 million, said Dr. Gojka Roglic, the W.H.O.’s chief of diabetes management guidelines. People with uncontrolled diabetes face premature death, blindness, strokes, foot amputations and other consequences of dangerously high blood sugar levels.

The increase in diabetes is partly a result of population growth and rising life expectancy, but mostly it is driven by the obesity epidemic and lack of exercise, which contribute to Type 2 diabetes.

Type 1 diabetes — an autoimmune disease that typically begins in childhood and destroys the body’s ability to make insulin — has also increased by about 3 percent a year for unknown reasons, Dr. Roglic said.

Even though insulin has been on the W.H.O.’s essential medicines list for over 40 years, about half of those 80 million people cannot get the insulin they need, because they or their country’s health systems cannot afford it, the W.H.O. said.

In the United States, where the price of a vial has risen to $275 from $35 over two decades, diabetics without good health insurance are forced to ration whatever they can afford or to buy insulin on the black market.

Unicef, the United Nations Development Program and Doctors Without Borders have all said they would be likely to buy insulin from W.H.O.-certified suppliers, she said.

“We’ve been waiting for this for a long time,” said Christa Cepuch, the pharmacist coordinator of the access-to-medicines campaign at Doctors Without Borders.

Novo Nordisk “welcomes the new prequalification program, which reflects an increased focus on diabetes by the W.H.O.,” a company spokesman, Ken Inchausti, said. “Novo Nordisk is committed to be part of the solution.”

Nicolas Kressmann, a Sanofi representative, said he had not heard of the W.H.O. plan but added: “We definitely support any solution that makes access easier for patients.”

Kelley Murphy, an Eli Lilly spokeswoman, said: “Any program that makes access to insulin easier for people is important.”

In a recent W.H.O. survey of 24 countries, most of which were poor or middle-income, 40 percent of health care facilities had no insulin on hand. In some countries, the price of a vial in private pharmacies was 15 to 20 percent of a typical worker’s take-home pay.

Noting that Americans also struggle to afford insulin, Ms. Cooke speculated that her agency could spur the entry of generics into the American market by working with the Food and Drug Administration to “raise confidence in products we’d approved.”

But the health agency’s move is unlikely to immediately affect the sky-high price of the hormone in the United States. The American market is regulated by the F.D.A., and merely applying for approval is prohibitively expensive for many small companies.

Insulin was discovered almost 100 years ago. The drug itself is not patented, although different ways to make and deliver it are. In the United States, established pharmaceutical companies often file suits claiming patent violations to drive generic competitors out of the marketplace.

Still, Americans are increasingly aware that virtually every country in the world pays less for medicine, a realization that has set off congressional hearings and become a rallying cry for Presidential candidates.

In July, for example, Bernie Sanders took a group of Americans with diabetes to Canada to buy insulin, saying that corporate greed had made the price in this country almost 10 times higher than the price in Canada.

President Trump has said he will lower drug prices, though a plan to do so has not yet been enacted.

The director of the Affordable Insulin Now campaign, Rosemary Enobakhare, on Wednesday called the W.H.O. announcement “a good first step toward affordable insulin for all around the world,” but said it would not help the 30 million people with diabetes in the United States.

Any measure to lower American prices “must require Congress to grant Medicare the power to negotiate drug prices,” she added.

Ms. Cooke said cheaper insulins could be on the market within two years. A meeting of all the world’s insulin manufacturers is planned for March. It will take time for each to submit data showing how they make and test their products.

The W.H.O. inspection and approval process currently takes about nine months, she added.

Insulin, which is a hormone typically grown in E. coli bacteria or yeast, is more complex to produce than, for example, H.I.V. drugs, which are laboratory-synthesized chemicals.

But Ms. Cooke said she expected no problems with testing different companies’ versions and certifying them as safe and effective.

The W.H.O. has already began a program looking at monoclonal antibodies used to treat cancer. Confirming that different versions are biologically similar “is more complex than insulin,” she said.