This Mexican Village’s Embroidery Designs Are Admired (and Appropriated) Globally

SAN NICOLÁS, Mexico — A mystery lies behind the origin of the distinctive forms depicted in the elaborate embroidery stitched in San Nicolás, a pinprick of a mountain village in the central Mexican highlands. But to Glafira Candelaria José, who has sewn those images all her life, there can be only one source. 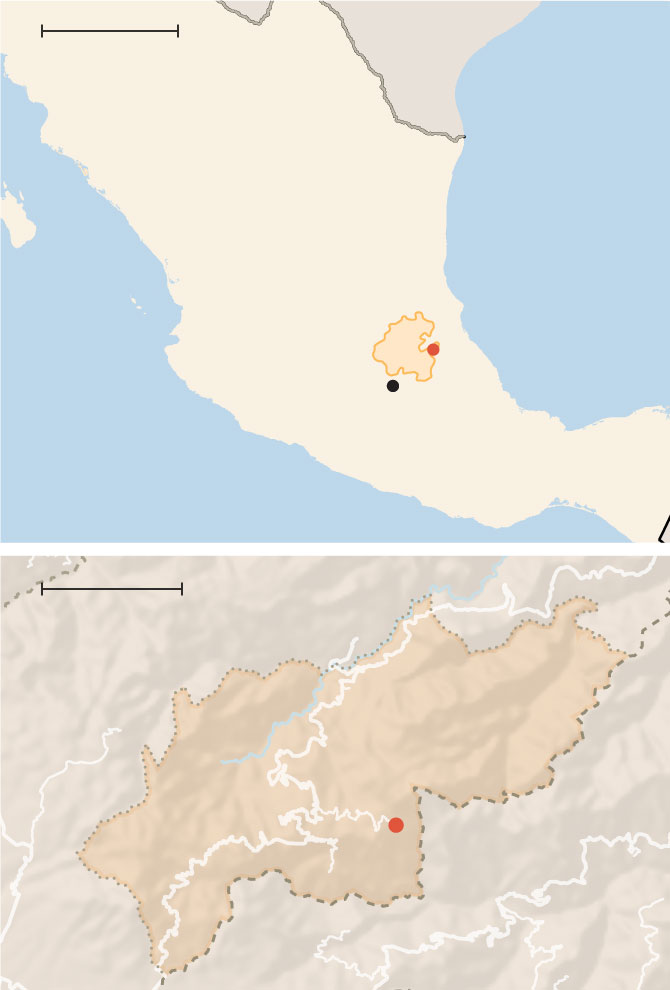 A spiritual charge does seem to animate the figures fluttering across the fabrics that the artisans of the Indigenous Otomí community produce in this area. And many of the vivid forms are inspired by the cascade of local vegetation and the wildlife that shelters there: deer, colorful birds, mountain lions and foxes.

Over the past few decades, the artisans working in San Nicolás and other villages clustered around the region’s main town, Tenango de Doria, in the state of Hidalgo, have turned a craft they practiced for survival into a cottage industry.

The tenangos, as the embroidered pieces are called, have evolved into richly detailed works reaching a worldwide market.

Including some unsolicited admirers.

Over the past few months, major international brands have advertised products decorated with the Otomís’ distinctive iconography, without mentioning Tenango de Doria or the Otomí as their source.

The polite phrase for this is cultural appropriation. In local villages, where children begin to embroider before they learn to read, people call it plagiarism.

For all its lushness, this part of Mexico has been largely ignored and its heritage disdained. Acute poverty pushed many Otomí to migrate to the United States, the only way to shake off childhoods when they went hungry and shoeless.

People here still speak Otomí, an Indigenous tonal language, even though it has given way to Spanish in most of the region.

“We have always been marginalized for being Indigenous,” said Rebeca López Patiño, a village artisan.

Nothing, however, has stopped them from embroidering, with their exuberant visions adorning bedspreads, tapestries, cushions, clothing and even earrings.

“It is what we have always done,” said Angélica Martínez García, 37. “My mother would wake us up at 4 in the morning to embroider. Every weekend my mother would sell a tablecloth, and we would have enough to eat from that.”

Now the international copies have generated stern letters from Mexico’s culture minister and renewed discussion over how to protect the intellectual property of the Indigenous communities.

Several tenango artisans have begun registering their designs under Mexican copyright law. Among them is Adalberto Flores, who filed a criminal complaint against Nestlé three years ago for selling a ceramic cup bearing similar images to his own. The company denied any wrongdoing, and the case is not resolved.

A second company, Benetton, used what looked like a tenango print in a swimsuit this summer. The company said that the design was “the result of online research,” and that its “product department was not aware of the traditional work of this community.”

Alma Yuridia Santos Modesto, part of an artisan collective in the nearby village of El Dequeña, said the visibility that comes from global brands using Otomí designs “gives a big boost to our craft.” But, she added: “It would be nice to take us into account. At least by giving us a bit more work.”

Her collective did embroider bags for Carolina Herrera a few years ago. More recently, though, the same fashion house used tenango iconography in its 2020 resort collections without any credit. After a complaint from the culture minister, the company said its designer “wanted to show his deep respect” for Mexican craftsmanship.”

The tradition of the tenangos is new by Mexican standards, with the Otomí, or hñähñu as they call themselves, developing their singular iconography in the 1960s.

Marta Turok, an anthropologist and expert on Mexican folk art, said some images may have derived from nearby cave paintings or from portrayals of healing ceremonies practiced by local shamans, who were among the first artisans.

But the Otomí are enriching their designs with new experiences, including migration, said Diana Macho Morales, a social anthropologist at the National School of Anthropology and History who has carried out research in the community.

Alongside stylized images of flora and fauna, Ms. Macho has encountered surprises: a giraffe, an image derived from a government campaign for a healthy diet and the Incredible Hulk.

For most of the artisans, the one-way connection to international fashion is nothing more than an asterisk, a distraction from the real concern of how to make a living.

Those who do the heavy labor of needlework earn less than $10 to embroider a square about the size of a small cushion. Some artisans, known as “dibujantes,” draw the designs onto the fabric, and earn more. A few dibujantes, whose designs have become well-known, dream of showing off their work to a global audience.

Mr. Flores, who is battling Nestlé, is a dibujante. He used to spend part of every year working as a landscaper in North Carolina. “I would like to go back — but this time to exhibit my work with a brand, and with a visa,” he said.

Ezequiel Vicente José, a retired teacher, is one of the village’s best-known dibujantes. He has established a distinctive style, regularly adding images of human activities to his designs: cutting firewood, planting a cornfield, a wedding, the Day of the Dead — “an infinity of things,” he said.

Mr. Vicente thinks the craft could generate a livelihood for more people if artisans banded together, by agreeing on prices and on “how to improve the drawings.”

“Selfishness and envy have not allowed us to work together,” he said.

Even with a collective approach, the village artisans would still be constrained by the absence of basic infrastructure. There is not a single bank branch in the entire municipality of Tenango de Doria. The road to San Nicolás is paved but most of the other villages are at the end of dirt roads.

As a result, many artisans have no choice but to sell to middlemen who arrive on market days and set the prices.

“We compete among ourselves and that lowers the price,” Ms. López said as she unfolded an elaborate tablecloth that she designed and embroidered, and that she said should cost about $250. A buyer in the Tenango de Doria market would offer only $150, she said.

But perhaps the biggest concern in the village is how many in the next generation will want to follow their parents.

Faustina José, 43, grew up in a family of eight children and they all embroidered. Only one of her four children draws and embroiders with her; the other three are in the United States.

“It is being lost,” she said of the craft that helped lift her out of poverty. “Young people don’t want to do it. They prefer to work, or to study.”