The Real Heart of Thanksgiving 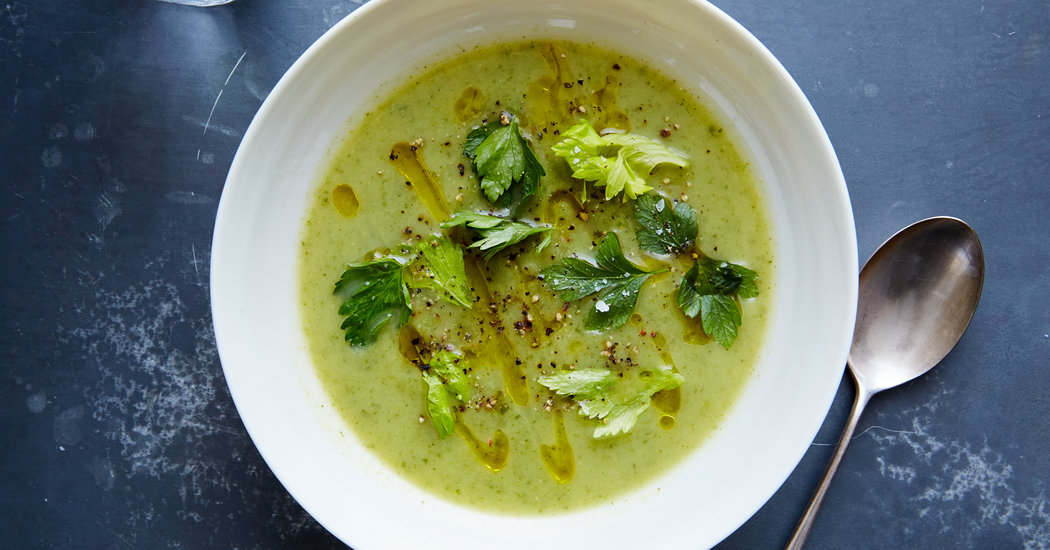 Every November, celery performs countless tasks: It perfumes the holiday turkey, lending moisture from the inside out; it’s the backbone of the stock in gravy; it adds bite and vegetal flavor to stuffing.

But rarely does this tireless Thanksgiving staple get any thanks.

“It’s hard to make it the center of the spectacle, but on the back end, it’s everywhere,” said Ignacio Mattos, the chef and owner of Estela, Flora Bar and Café Altro Paradiso in New York City. “It’s a supporting actor.”

Treated like a workhorse, celery does its job, but it’s so much more than a sidekick to Buffalo wings. Given the opportunity, these stalks shine — versatile enough to be enjoyed raw, simmered until silky or cooked to any state in between. Celery’s bright, citrusy flavors mollify with heat, and its stalks provide a prodigious range of textures.

Celery reigned supreme at the Thanksgiving table in the late 19th and early 20th centuries. Raw stalks were attentively arranged in crystal vases created specifically for the purpose of showing off the era’s “It” ingredient. Ornate serving sets were considered incomplete without celery vases, until they were replaced by narrow, horizontal celery dishes.

“Celery was a status item for a long time in the Edwardian era,” said Amy Bentley, a professor of Food Studies at New York University.

For Americans of that time, celery was considered new and exciting. Dutch immigrants, who are widely credited with helping to develop the celery business in the United States, started growing the vegetable as early as 1874 near Kalamazoo, Mich., which was subsequently nicknamed Celery City. Train boys and messengers sold celery to passengers on the railroad; the seeds were disseminated across the United States, and a celery craze ensued.

Good Housekeeping’s Thanksgiving menus from 1900 celebrate celery in every form: There was celery soup, the stalks blended with mashed potatoes and accompanied by peanut butter on brown bread. Boiled, then tossed with bread crumbs to stuff the turkey, celery fortified the holiday centerpiece; its cooking liquid was used to baste the poultry. Prized for its crunch, celery was tossed with apples and mayonnaise.

Decades later, during Harry S. Truman’s presidency, braised celery was revered enough to get its own line on the White House menu for Thanksgiving dinner in 1947.

Celery’s popularity grew with its availability, until its success undercut its cachet: Celery became commonplace. (Perhaps it was doomed to a supporting part by the French, who acknowledged it as the flavorful bedrock of their cuisine by casting it with onions and carrots as a mirepoix staple.)

Knocked from its pedestal, celery settled into its current roles as crudité, kid’s snack and Bloody Mary garnish.

But recently, the ingredient found new fame. “Last year, we had a huge spike in consumption because a Kardashian started juicing it and put it on her Instagram,” said Jake Willbrandt, a fifth-generation celery farmer in Decatur, Mich. “People just went wild; it was a huge fad for about eight months, and the prices were incredible. Just like any fad, it has faded, and consumption is back to normal now.”

But every November, celery quietly sneaks back into the limelight: Its popularity spikes on Google Trends during the week of Thanksgiving, and supermarket sales skyrocket throughout the holidays. In the days leading up to Thanksgiving, celery sales at Walmart jump by more than 650 percent, a company spokeswoman said.

Celery is a team player, equally adept at imparting subtle flavor, unseen, as it is at the center of the plate. Whether you’re looking to supplement your Thanksgiving spread with a few new recipes or to experiment with the neglected celery stalks perishing in your fridge, these three recipes showcase celery in a few of its prime forms.

Crunchy and fresh, the raw vegetable holds its own in a punchy salad with blue cheese and mustard, offsetting the rich, buttery flavors of the Thanksgiving table with assertive verve. The stalks blend remarkably well in a fresher, more vegetal take on potato-leek soup, bright and light enough to simply whet the appetite. Give the right amount of time and attention, celery braises until silky, in a saucy side dish that magically mimics the richness of roasted turkey jus.

The Thanksgiving feast has long been associated with aspiration, but the humble everyday ingredients that support us year-round can prove worthy of appreciation. Thanksgiving without celery wouldn’t taste like Thanksgiving at all.