The Men’s Cardigan Makes a Comeback 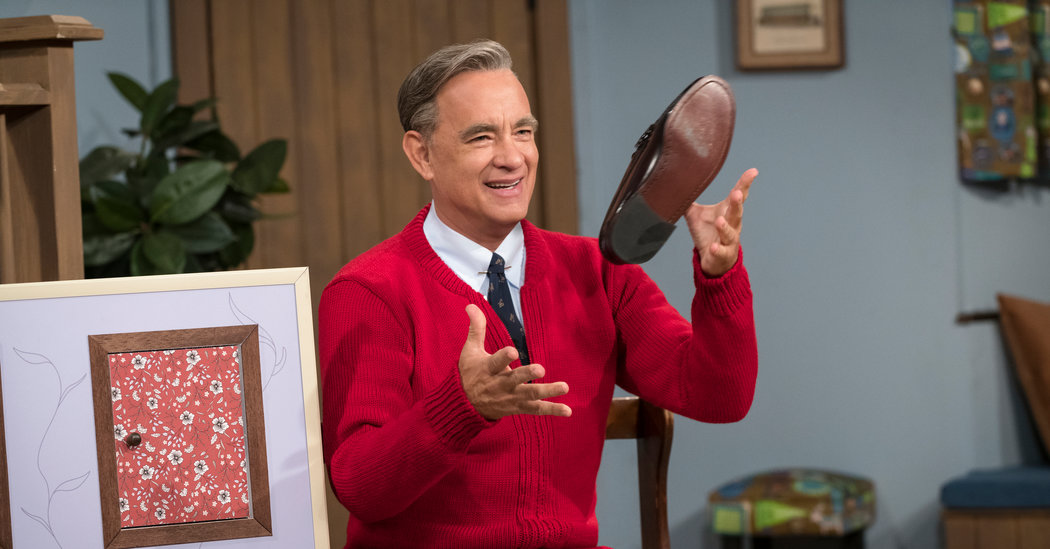 Paternal. Sexless. Infinitely square. The cardigan sweater is generally considered the Mister Rogers of men’s wear, and for good reason: Fred Rogers made sure of it.

Over the course of 895 episodes and 33 years of “Mister Rogers’ Neighborhood,” Mister Rogers advertised his gentle, nonthreatening nature by slipping from a jacket and tie — symbols of the messy, scary adult professional world — into a humble knit zip-up that was homely both in the British definition (“Simple but cozy and comfortable, as in one’s own home”) and the American (I mean, yikes).

Mister Rogers’s many, colorful cardigans — one of which is now in the Smithsonian — were originally knitted by Mr. Rogers’s mother, Nancy McFeely Rogers. According to a recent article on Smithsonian.com, she made a new one for her famous son every Christmas (a McTouchy McFeely detail if there ever was one).

After she died in 1981, the show’s art director looked to that bastion of saucy style, the United States Postal Service, for inspiration, relying on hand-dyed versions of mail-carrier cardigans.

Fashion, of course, was not the point. Mister Rogers’ talismanic cardigan, which is faithfully recreated by Yasemin Esmeck for the new film “A Beautiful Day in the Neighborhood,” starring Tom Hanks, was the sartorial equivalent of a lullaby — sweet, comforting, bland — and it helped lull generations of American preschoolers into the cozy Neighborhood of Make-Believe, where there are no bad people and no bad thoughts.

This worked well for children, but did no favors for the sweater itself, helping brand the cardigan — any cardigan — as doofuswear, the male equivalent of a chastity belt. (Likewise considered slightly sorority sister for women, it got a power boost after being worn by Michelle Obama for, among other occasions, drinks with the Queen of England.)

It wasn’t all Mr. Rogers’s fault. Unlike the standard form-fitting pullover, many midcentury male cardigans artfully hid the male physique inside a woolly tomb with the contours of a sleeping bag. Generally speaking, this was comfort clothing, designed to steer men toward the den, not the bedroom.

Lingering associations with sitcom dads (think Ward Cleaver) and lettermen sweaters of the Pat Boone ’50s (sis-boom-blah) only underscored the point: The cardigan was a buttoned-up sweater for a buttoned-up era. Would it ever recover?

Lately, there are signs.

Last month, the shabby-chic olive-green cardigan that Kurt Cobain wore for his famous “MTV Unplugged” performance in 1993 made headlines, selling at auction for $334,000, apparently a record for a sweater.

With thrift-store origins, unkempt mohair fibers and early-’90s stains intact, the Cobain sweater is a fitting rebuttal to the Rogers cardigan. A symbol of shaggy punk nihilism, it is the knitwear equivalent of a power chord loud enough to scare the meow-meow out of Henrietta Pussycat.

The bad-boy potential of the cardigan is also on full display cardigan in HBO’s “Succession,” in which Logan Roy, the dark-lord media mogul played by Brian Cox, has made the avuncular shawl cardigan the uniform for his weekly adventures in corporate mayhem and subterfuge.

Outfitting an assassin of the C-suite in an item of apparel typically associated with doting grandfathers and white-haired Irish poets is a mordant costume choice, like slipping an M-80 firecracker into an Easter flower arrangement. Even so, it is hardly the first time anyone has attempted to infuse the cardigan with a little swagger.

Steve McQueen occasionally rocked a cardigan in the 1960s. Then again, Steve McQueen could rock a scarlet Bozo the Clown wig.

At the height of the disco era, Paul Michael Glaser of television’s “Starsky & Hutch” injected the cardigan with a dose of street cred. Mr. Glaser’s Starsky looked extremely happening — or at least, extremely ’70s — in his trademark south-of-the-border shawl cardigan, which was, if nothing else, less risible than the cop duo’s red Ford Gran Torino with the faux-Nike white swoop.

Sadly for Mr. Glaser, Jeff Bridges undid much of his hard work two decades later, with his Dude character in “The Big Lebowski” seizing on a similar sofa-throwish cardigan — also known as the Westerley cardigan, by Pendleton — as a signifier of sunbaked, aging-hipster dissolution. You could practically smell the bong water seeping through its fibers.

In the years since, countless male celebrities have made game attempts to rescue the cardigan from Mister Rogers’s closet and make it safe for the red carpet: David Beckham, Pharrell Williams, Daniel Craig. As 007, Mr. Craig’s even managed to make a Tom Ford black shawl-collar cardigan look menacing in the 2008 James Bond film, “Quantum of Solace.”

The takeaway? The cardigan is as every bit as bad as you make it.