The Allure of the White Dress 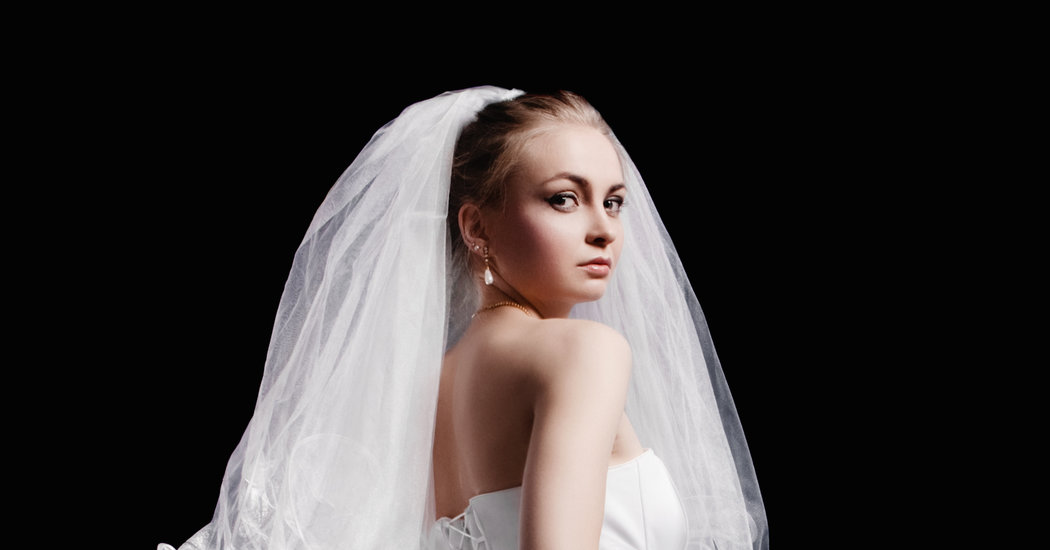 Few visuals are as symbolic or instantly recognizable as the white wedding dress.

“The white dress lets you be a celebrity for the day where all the attention is on you,” said Beth Montemurro, a sociology professor at Penn State University. “People spend $10,000 on a dress, so there’s the idea of indulging in yourself for this one time. It’s an extreme expense that’s become a visual centerpiece of cultural acceptance.”

Some attribute its origin to Britain’s Queen Victoria, who married Prince Albert in 1840 and wore a Honiton lace white dress. Photos of that dress were seen all over the world. The wealthy took note and followed her style. The color white also become culturally associated with purity, innocence and virginity within Christianity, said Amanda Miller, an associate professor of sociology at the University of Indianapolis.

The white dress, Dr. Miller said, is the largest, most visual indicator of conscious consumption, social class, “and is a marker from girlhood to womanhood. We have been socialized to want to play dress up and that’s O.K. It’s also socially acceptable and universally celebrated.”

In June, that fact was in full demonstration when 55 guests, a mix of Instagram influencers and future brides, all wore white wedding dresses while meandering through the royal suite of the Plaza Hotel in Manhattan. Some had their hair, nails or makeup done; others tried on tiaras and veils, or had photos taken. Champagne flowed and fancy hors d’oeuvres were passed. Live jazz played in the background. They all wore dresses supplied by a handful of designers, including Anne Barge, Allure Bridals and Kleinfeld Bridal Party.

But not a single one of them was getting married that day. In fact, 20 were already married. There were also seven who were engaged and 28 single women at the event, called Bride-ing for a Night, which was hosted by Love Stories TV, a video-streaming platform that shows real weddings.

“The inspiration for this evening was to recreate the famous scene from “Friends,” where Monica, Rachel and Phoebe hang around their apartment wearing wedding dresses,” said Rachel Jo Silver, 35, who founded Love Stories TV in 2016. “This gave everyone a chance to have that magical moment.”

Natasha Smith, 34, who owns Connectors and Creators, a digital content agency, brought her mother, Angie Huang, who was visiting from San Francisco, to the free event.

“I was 23 when I got married at City Hall in 1979,” said Ms. Huang, 63, and a freelance programmer. “We were poor immigrants and didn’t have money. The white dress was a dream I couldn’t have then.”

As she recalled her original wedding day, tears fell on her cheeks. “I wanted to feel like a princess once in my life and that day was my moment to do it,” Ms. Huang said. “This moment now is the one I should have had. I wish my husband was here to see me.”

Ms. Silver, who lives in Brooklyn, said it may not be “a popular thing to say but women still want that fairy-tale love story. They want to be seen as beautiful, loved and wanted. That someone has chosen you, above everyone else, and that’s what the dress represents.”

Allie Brashears, 43, who was not at the event, said she felt the same sentiments. When she married Joseph Schneier last June in Glen Head, N.Y., she chose to wear white at her wedding. Ms. Brashears, who was born male and transitioned before marrying, said she was surprised by her desire to portray this traditional image.

“The white wedding dress played into the symbolic structure in a way I didn’t expect,” said Dr. Brashears, an assistant professor of biology at LaGuardia Community College in New York. “I was part of this feminine symbology. Wearing it was very powerful. It felt important to me to be part of that traditional landscape.”

When she put on the dress, she said, “I was allowed to feel all these feminine ways that are difficult to access on a daily basis, and see myself as part of this feminine lineage.”

There are those, however, who don’t buy in to the white-dress mystique. To them, the ivory gown represents a marketing opportunity created by the wedding industry.

“The wedding dress is about our inappropriate social priorities,” said Dr. Chrys Ingraham, a professor and coordinator of sociology at the State University of New York at Purchase, in Harrison N.Y., and the author of “White Weddings: Romancing Heterosexuality in Popular Culture” (Routledge).

“It’s a signifier that as long as I’m wearing this, I’ll feel good, I’m pretty, loved, and getting attention, and that nothing else makes me feel special,” Dr. Ingraham said. “The dress is an illusion of well-being. It’s not the relationship. If we need the wedding dress to feel good then something is already wrong. We are running the risk of forgetting how important the relationship and the person we are marrying is.”

“White represents a heritage factor and a deep-rooted emotional attachment,” said Hayley Paige, a bridal dress designer based in Manhattan who appeared on “Say Yes to The Dress” for five seasons. “Color is a wild card. The ones willing to do it are taking a fashion and emotional risk. Many think they’re letting down their family or soon-to-be spouse if they don’t choose white.”

Ms. Paige attributed some of the shade shift to the celebration of skin tones, that not everyone looks good in white, and that a few brides are choosing chemistry with the dress, not color.

“Brides are also open to nudes and variations of champagne as long as ivory lace can offer that pop,” she added.

In 2018, of the 10,000 dresses Kleinfeld sold, all but 2 percent were white or variations of the symbolic white dress, according to Jennette Kruszka, a spokeswoman for Kleinfeld.

After most guests had left the Love Stories TV event, 80 lace, silk and satin white gowns remained on two huge coat racks in the suite. “To watch everyone put these on and metamorphosis into beautiful, strong and glowing women was really amazing,” said Ms. Silver, adding that another event was planned for February in Los Angeles. “There’s something about what white means to people, and how much people want to be in love. The dress symbolizes that, too.”

For Ms. Huang, the event was about fulfilling a wish. “I always dreamed of wearing a white wedding dress. That never changed. I did,” Ms. Huang said. “I’ve endured many hardships. I’ve earned this.”