Terry O’Neill, Photographer of the Famous, Is Dead at 81 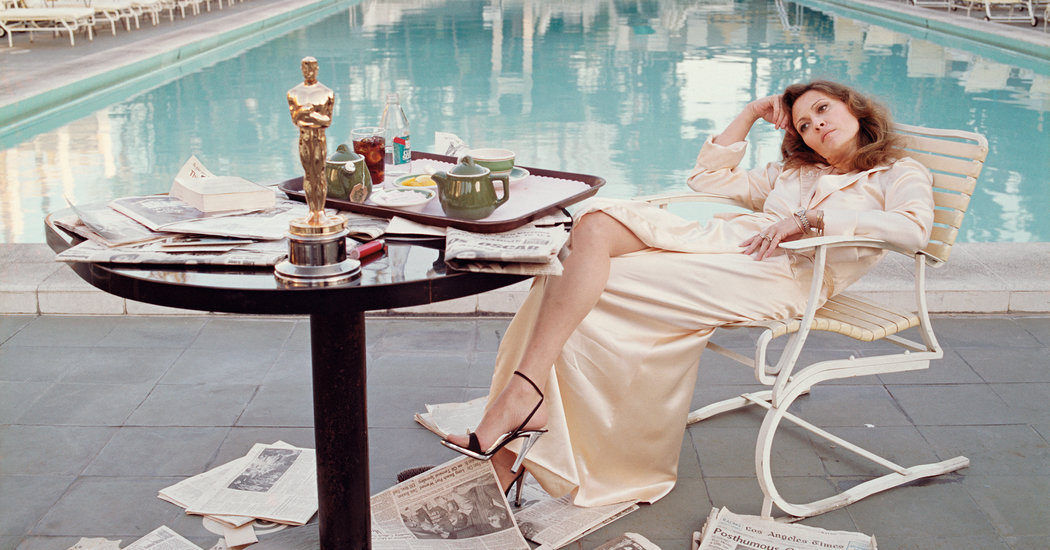 Terry O’Neill, who as a novice photographer found himself shooting pictures of an up-and-coming group called the Beatles and never looked back, spending a lifetime capturing memorable images of musicians, movie stars and other celebrity gods of the age, died on Saturday at his home in London. He was 81.

Carrie Kania, creative director of Iconic Images, the London agency that represents him, said the cause was prostate cancer.

Mr. O’Neill was the photographer of choice for a wide array of the stars of the 1960s and beyond. He photographed not only the Beatles and the Rolling Stones, but also Frank Sinatra; not only classic Hollywood actresses like Audrey Hepburn, but also more recent big-screen favorites like Nicole Kidman. Winston Churchill, Nelson Mandela and other prominent politicians turned up in his lens as well.

Mr. O’Neill had a way with putting famous people at ease and became friends with many of those he photographed. For a time in the 1980s he was married to Faye Dunaway, having taken one of his best-known images of her in 1977 on the morning after she won an Oscar for her performance in “Network.”

That picture — Ms. Dunaway lounging beside the pool at the Beverly Hills Hotel — and the story behind it show Mr. O’Neill’s preference for the casual shot over the stiff portrait, a signature of his work. People magazine had assigned him to get a photograph of Ms. Dunaway, assuming she would win the Oscar.

“While we were doing the pictures, I said to her: ‘I’ve been to the Oscars before. If you win, they always take the same pictures of you receiving the statue in the press room,’” Mr. O’Neill told New York magazine’s website The Cut in 2015. “I knew that wasn’t the real story — the real story is the next day, when they realize suddenly they’re getting all these offers to do films, their value goes from $100,000 to $10 million, and they’re just sort of stunned. I wanted to capture that.”

Another well-known O’Neill image was of Brigitte Bardot, captured in 1971 during an unguarded moment while she was on location in Spain, cigarette in her mouth, windblown strands of hair across her face.

“That was the last frame in a roll of 35 millimeter,” he told The Irish Examiner in 2013. “The wind blew and I took the picture.”

Among Mr. O’Neill’s favorite subjects was Elton John; the image on the cover of his “Greatest Hits” (1974), of Mr. John in a white suit and oversize glasses, is his. Sinatra and David Bowie, two decidedly different singers, were also photographed repeatedly by Mr. O’Neill.

“I didn’t like his voice,” Mr. O’Neill confessed of Bowie in an interview last year with The Scotsman, “because I’m a jazz fan, a blues fan, and not really into that type of music. But he was a fascinating guy to work with.”

Present-day stars and celebrities, he found, were not so fascinating, lacking the magnetism and larger-than-life quality of the subjects of his photographic heyday.

“I don’t want to photograph anyone anymore,” he told The Scotsman.

Terence Patrick O’Neill was born on July 30, 1938, in London. His father, Leonard, was a foreman at a Ford plant, and his mother, Josephine, was a homemaker.

He left school at 14, and several years later, aiming to become a jazz drummer, he sought a job as a flight attendant with British Overseas Airways Corporation, the forerunner of British Airways. He hoped to try jazz clubs in New York during layovers. Instead, the airline placed him in a photography unit based at Heathrow Airport.

As he told the story later, one photograph started him on his career path. Part of his job was to take pictures of people arriving and departing. He shot one of a well-dressed napping man in a bowler hat surrounded by African chieftains in traditional regalia. The man in the hat was the politician R.A. Butler, who was home secretary at the time, and the picture found its way to the newspapers, and editors on Fleet Street took notice.

He worked for The Daily Sketch, a tabloid newspaper, for a time, then struck out on his own. An early assignment was to photograph the Beatles in 1963 just as they were breaking big in England. The Stones soon called asking for his services.

He continued to photograph both groups and their individual members as they rocketed to fame. He was still photographing Paul McCartney some four decades later. Elvis Presley, Janis Joplin, Tom Jones, Boy George, Led Zeppelin, Joan Baez and countless other musicians also turn up in his archive.

Mr. O’Neill married the actress Vera Day in 1963; they divorced in 1981. He and Ms. Dunaway were married from 1982 to 1987. In 2001 he married Laraine Ashton, founder of a modeling agency, with whom he had had a long relationship. She survives him, as do two children from his first marriage, Sarah and Keegan; a son from his second marriage, Liam; a stepson, Claude; and three grandchildren.

In 2018 Mr. O’Neill talked to The Scotsman about his collection of millions of negatives.

“I look back at all the pictures and I can’t believe the life I’ve had,” he said. “They’re all memories for me.”