Something in the Man’s Bed Was Making Him Sick 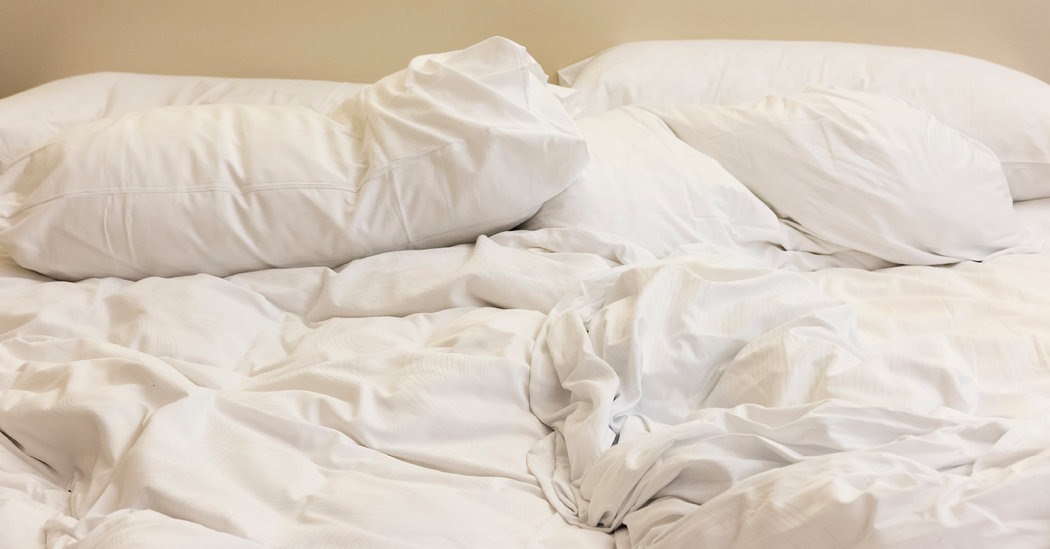 As the chill of the Scottish autumn set in, a 43-year-old man went to see a family doctor in 2016. For about the last three months, he was constantly tired and out of breath. The physician at the Aberdeen Royal Infirmary in Scotland thought the patient — who worked a desk job and didn’t smoke cigarettes — had an infection in his lower respiratory tract.

At first the man got better. But then it got so bad that the patient had to take 14 days off work. The doctor looked at the man’s blood count, kidney and liver function, and took a chest radiograph — all of which seemed normal.

Stumped, he called his colleague, Dr. Owen Dempsey, a pulmonologist at the infirmary. Dr. Dempsey swiftly called the patient, who was breathless even upon picking up the phone.

Patient histories are important, Dr. Dempsey said, so he was “suitably nosy and asking about his domestic setup.”

Were there pets in the home?

A bit, in the bathroom.

Oh, and was there feather bedding?

The patient was surprised by this question, but it ended up being the right one: During the past year, the man had gotten a feather blanket and pillows.

When the patient returned to the hospital, Dr. Dempsey ordered a chest X-ray and performed a more specific blood test. It showed that the man had antibodies to bird feather dust, and the X-ray was consistent with a condition called hypersensitivity pneumonitis, a term used to describe lung disease caused by an allergic reaction to aerosolized bacteria and fungi.

Or in this case, dust from duck or goose feathers found in bedding. The verdict on the patient’s condition was that he had feather duvet lung, a subset of hypersensitivity pneumonitis. The account was published Monday in BMJ Case Reports.

“Lung diseases can be really difficult to diagnose,” said Dr. MeiLan Han, a pulmonologist at the University of Michigan in Ann Arbor, who was not involved in the study. She added that pinpointing causes is often challenging. Hypersensitivity pneumonitis is also rare. Left unchecked, it can lead to scarring of the lungs or even respiratory failure.

Feather duvet lung is a small subset of lung diseases called bird fancier’s lung, which is triggered by frequent exposure to bird feathers or droppings. In Britain, it’s common for people to keep pigeons or budgies, Dr. Dempsey said, and some develop an allergic reaction to the birds they handle. In his medical practice of nearly 20 years and out of over 100 cases of hypersensitivity pneumonitis, Dr. Dempsey recalled about four cases of feather duvet lung.

For this case, the trick was getting a comprehensive medical history from the patient.

“Most pulmonologists probably don’t ask about feather bedding,” Dr. Han said. “That probably needs to be on the list, right up there with birds.”

Annually from 2009 to 2013, approximately 2.7 billion ducks and more than 650 million geese generated more than 410 million pounds of excess down feathers, according to a 2016 report by the International Down and Feather Bureau. The feathers are then cleaned and stuffed into bedding, down jackets and more.

Only a minority of people will develop an allergic reaction, said Dr. Dempsey, so this case report shouldn’t deter anyone from purchasing down products.

“Go ahead and buy them if you want,” he said. “But if you get breathlessness or a cough and it’s not settling within a few weeks of buying some feather bedding, you should mention it to a clinician.”

Dr. Dempsey gave the man a course of steroids to reduce the inflammation, which the patient said had a “transformative effect.” Around the same time, he tossed out the down duvet and pillows and swapped them for hypoallergenic bedding. A week later, he started feeling much better.

For all the things that seem incurable in medicine, lung conditions such as feather duvet lung can be “very satisfying to treat,” said Dr. Dempsey.