Sharp Increase in Visitor Park Fees Proposed for the Galápagos 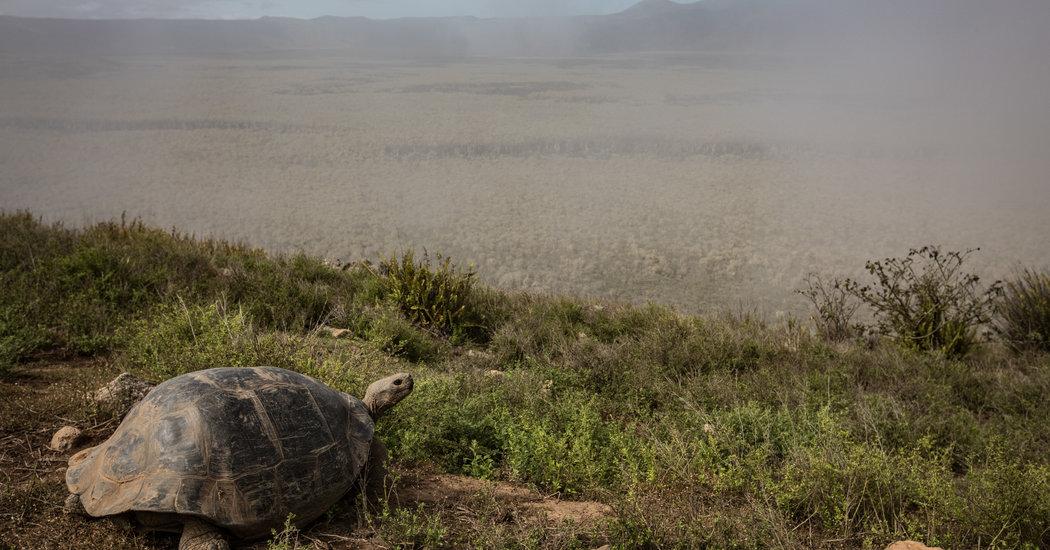 Visitors to the Galápagos Islands will likely pay an increased park fee starting next year, a decision that reflects growing concerns that skyrocketing tourism on the Ecuadorean archipelago is harming its fragile and unique ecosystem.

Visitors currently pay a $100 fee to the Galápagos National Park, with mainland Ecuadoreans paying $6. Last month, Ecuador’s ministries of tourism, environment and agriculture proposed doubling costs to $200 for those visiting the islands who also spend at least three nights in mainland Ecuador and quadrupling the fee to $400 to visit Galápagos and spend only one or two nights on the mainland.

The exact prices, start date and how authorities confirm itineraries will be decided by December 31, said Daniela Tamayo Córdova, of the Galápagos Government Council, the municipal body that manages the islands.

“The entrance fee has not increased in 20 years, and costs in Galápagos and Ecuador have risen over this time,” Ms. Córdova said. “The increased income will be used to improve sustainability, tourist experiences, and conservation and management.”

With wider global awareness than Ecuador’s tropical Amazon or mountainous Andes regions, the Galápagos are arguably the nation’s crown jewel. But because these islands are hundreds of miles from the mainland, oversight comes from a hodgepodge of governing bodies, and decisions are often made in the capital, Quito.

A portion of the fee currently goes to protecting the 97 percent of the uninhabited islands. That will likely continue, but just how much more will go to ecological management remains in flux.

The Galápagos are not alone. Many popular areas around the world are restricting tourist traffic or increasing fees. In the United States, the National Park Service raised vehicle entrance fees last year and for more specialized travel, climbing permits to attempt Mount Everest in Nepal were recently raised after concerns of overcrowding.

Galápagos tourism has nearly doubled in a decade: About 275,000 people visited the islands last year, according to the Observatorio de Turismo de Galápagos, an increase from 173,419 in 2008. The year-round population serving these visitors has increased as well.

Unesco lists tourism as a primary threat to existing infrastructure and habitats and a risk to introducing invasive plant and animal species. Many of those invested in the islands, from biologists to travel operators, say the human pressure on the islands’ fragile ecosystem is unprecedented.

Large-scale water filtration, proper trash collection and disposal, and rules on development are considered by many inadequate for the growing number of visitors. Enforcement of rules designed to help the wildlife and its habitat, such as keeping visitors at least six feet from endemic species like nesting blue footed boobies, patrolling adjacent waters to keep out illegal shark poachers, or curbing new hotel development, is spotty.

“There’s an unsustainable level of growth in the Galápagos,” said Jim Lutz, the president of the International Galápagos Tour Operators Association, adding that his group has been pushing for an increase in visitor fees for years.

Land-based tourism grew more than 90 percent from 2007 to 2016, in part to the proliferation of cheap flights, hostels and à la carte tours that have made these once remote islands more accessible and crowded. There is no cap to the number of visitors traveling by plane, and new cheap routes catering to backpackers have been added. Then there’s the sharing economy.

“Unfortunately, Airbnb opened the door for pretty much anybody who had an extra bed in their house,” said Fernando Diez, the marketing director of Quasar Expeditions, one of the first companies to operate on the islands. The number of hotels increased to more than 300 from 65 in the last 10 years.

“People are imagining piña coladas with sea lions and partying all over,” Mr. Diez said. “Galápagos is not that.”

Cruises, a popular way to visit the islands, have been limited in number, at least until recently. There were 70 ships with room for about 1,700 passengers in 2017. Cruise permits were once strict at 16 passengers per ship; at least half a dozen new ships debuted this year including a 100-passenger Celebrity Cruise yacht. The increase may sound minor, but even a handful of shutterbugs landing on a beach and inching close to sensitive wildlife has an impact and this change is a force multiplier.

Alex Cox, a native-born guide, typifies the push and pull of one earning his keep in a place so sensitive.

Fewer visitors “might cause a complicated job situation among people in Galápagos involved in providing tourism services, including myself,” he said. But that sacrifice is necessary, he said, a decision many Galápaguenos are willing to endure. “Galápagos is not for mass tourism.”

Fewer travelers means fewer jobs, and while the price hike could be considered minimal for the wealthy, it could hurt budget travelers, at least international ones. Does this mean the Galápagos will swing back to a haven for haves?

“Conservation might require some sacrifice from us in order to partially achieve ecosystems rebound,” Mr. Cox said.

Compared to most national parks, the fee is low, said Pelayo Salinas, a marine scientist with National Geographic’s Pristine Seas project who works in the islands.

“The new fee needs to reflect the cost of looking after this place,” he said. “Paying more to make sure it’s preserved, I don’t think anyone is against that.”