Saudi Arabia Invites Tourists: What You Need to Know 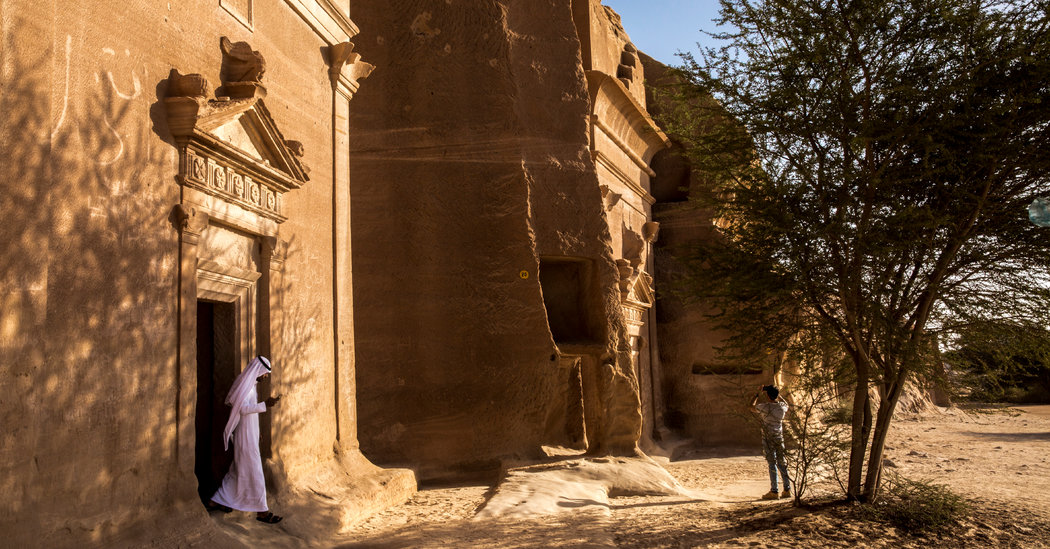 For the first time, Saudi Arabia is officially opening its doors to tourists interested in visiting the kingdom for more than religious reasons. The ultraconservative Middle Eastern kingdom announced a new e-visa program on Friday that will allow people from 49 countries to enter the country for tourism, for stays as long as three months.

The visa program is an aspect of an economic reform plan introduced by Prince Mohammed bin Salman, Saudi Arabia’s de facto leader, to lower the kingdom’s dependence on oil.

“The Saudis already have experience with outsiders coming in as religious tourists, but tourism for culture, ecology, desert — that’s new and it’s part of the project for opening up,” said Bernard Haykel, a scholar at Princeton University who studies the kingdom. “It’s not going to displace oil, but it’s a dent in that direction.”

Visas were previously restricted to expatriates and business people working in the country, and for Muslims traveling to the kingdom for the Hajj, the five-day pilgrimage Muslims from around the world make to follow the Prophet Muhammad’s footsteps and for Umrah, a smaller religious trip.

Saudi Arabia is one of the most conservative countries in the world, adhering to a strict interpretation of Islam, and is considered as particularly harsh to women who are seen as breaking religious rules.

The announcement of the visa program comes one week before the one-year anniversary of the killing of Jamal Khashoggi, a Saudi journalist critical of the government, and during a time when the kingdom’s treatment of women’s rights activists has garnered international condemnation.

Here is what we know about the visa program.

Which countries are part of the visa program?

The program will allow people from 49 countries including the United States, Canada, most European countries and China to travel to the kingdom by applying for a visa ahead of their visit or when they arrive in the country.

People from countries that are not included in the visa program are encouraged on the visa application website to contact the Saudi embassy or consulate closest to them.

How do I get a visa?

People from the 49 countries included in the program who are over 18 can go to visa.visitsaudi.com and register and apply for a visa. They can apply online before the trip or at a kiosk upon arriving in Saudi Arabia. The kingdom says decisions will be made in half an hour. The visa fee is 440 Saudi riyals ($117) and includes a health insurance fee. Applicants under 18 must apply with an adult guardian.

How long is the visa valid?

Will the kingdom’s conservative rules apply to tourists?

The tourism site reminds tourists that five times a day, during prayer time, music is turned off in public places and many shops close briefly, and during Ramadan, while Muslims fast from dawn to dusk it is respectful to avoid eating or drinking in public during the day.

Alcohol is illegal in the kingdom and it is illegal to bring alcohol or drugs into the country. The site also notes that “public displays of affection are not consistent with local culture and visitors should also avoid using profane language or gestures.”

“One of the obvious issues that will arise is that it is a fairly conservative society,” Mr. Haykel said. “How will Saudis take to outsiders with different norms of dress? How are people going to react to that, especially to women who are not modestly dressed? Lots of tensions could arise around westerners who are dressed immoderately.”

It is unclear what the punishment or fine for breaking rules will be. Visitors to other countries in the Persian Gulf region who have run afoul of cultural norms have been imprisoned.

“The idea is that tourists who are interested in historical sites and visiting the main cities and seeing performances organized by authorities are welcome, but they are not welcome to share knowledge, influence, political thought and analysis,” said Hala Aldosari, a fellow at M.I.T.’s Center for International Studies and an activist from Saudi Arabia. “It is still vague how Saudi Arabia plans to deal with people breaking the rules — will it deport them? Detain and investigate? Torture?”

Will foreign women be allowed to drive?

Last year, Saudi Arabia lifted the ban on women drivers, and earlier this year, it eased strict guardianship laws, but many of the women’s rights activists who had fought for the right to drive were imprisoned and at least one remains so.

The tourism commission did not specify whether women tourists can drive alone or with a male companion.

Where will tourists be allowed to go in Saudi Arabia?

Only Muslims will be allowed to visit the holy cities of Mecca and Medina, but the kingdom is promoting a number of its Unesco world heritage sites, including the Mada’in Saleh in Al-Ula, which is the largest conserved site of the civilization of the Nabataeans south of Petra in Jordan, and At-Turaif District in Ad-Diriyah, the first capital of the Saudi state.

The kingdom is also encouraging people to visit Historic Jeddah, the Gate to Mecca, Al-Ahsa Oasis and the Hail Region, which has 10,000-year old inscriptions of human and animal figures.

The kingdom’s General Investment Authority and its Commission for Tourism and National Heritage said on Friday that they have development agreements with airlines and hotel and restaurant developers to create tourist-friendly sites, including hotels, a ski slope and snow park, a water park, shopping and entertainment destinations throughout the kingdom.

The Saudi tourism commission also partnered with the World Travel and Tourism Council, the global organization that represents the private sector of the travel and tourism industry, to help make the kingdom a top five inbound destination with 100 million international and domestic visits, by 2030.

Is it easy to get around the country?

The kingdom’s tourism commission said the easiest way to travel is by car and it encourages tourists to rent a car. Car services Uber and Careem, as well as train and bus, are touted on the visitor information website.

Ms. Aldosari cited the financial cost of visiting and difficulties of getting around the country as a possible hindrance for tourists visiting Saudi Arabia.

“Most places in Saudi Arabia are underdeveloped when it comes to infrastructure,” Ms. Aldosari said. “Public restrooms, highways, all these issues can present a challenge for western tourists.”