Practicing Gratitude, for a Change 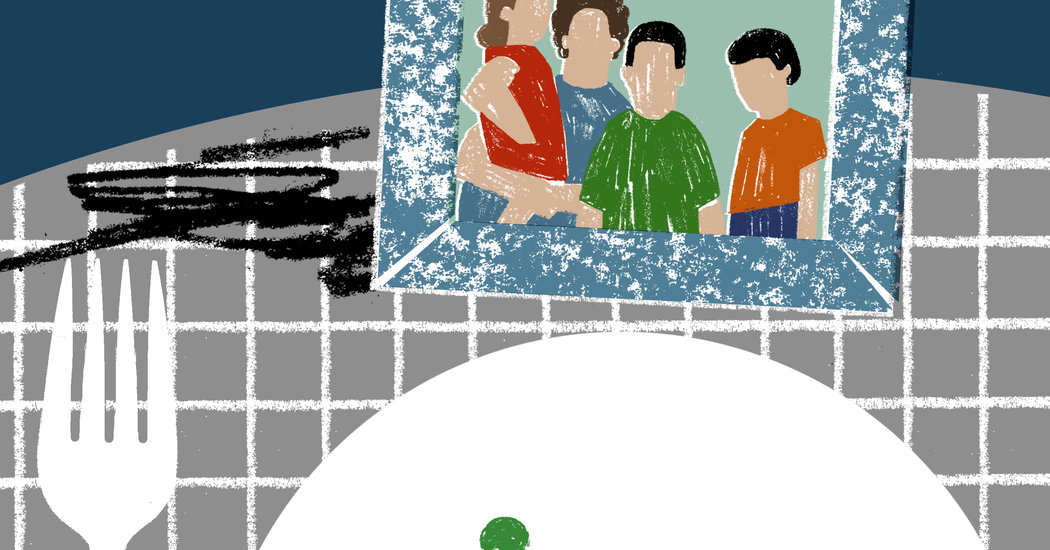 At Thanksgiving, when the seedling phase of my divorce from the father of my three children was well underway, we agreed it was time for us to start spending holidays apart.

I laid out the plan for that year, and my daughter protested.

That afternoon, I made her favorite — pumpkin cheesecake with a gingersnap crust. When my ex-husband picked up our children to go spend the holiday with his family, I tucked the cheesecake into his trunk.

He and I smiled sadly at each other. I waved once more to my children, furrowed in the back seat, and the four of them drove off without me.

Afterward, I sped along the highway from Boston to upstate New York, alone in my minivan, an outdated emblem from our days of traveling together as a family of five. On the road, after months of heartbreak, I discovered a particle of joy within me. I could feel myself nearing some kind of holy solitude, with the Berkshires rolling beside me against a quiet, blank sky.

I had made a plan to visit my beloved, 89-year-old great-aunt in Rochester. She had never been married or had children, and we had been close since I was a teenager. For years after her retirement from a long career in the field of nursing, I had visited her at a condo she owned in Florida. We would shop, eat and lie on the beach together.

By the time of that Thanksgiving visit, my aunt had sold her condo in Florida and was planning to move out of her home in Rochester and into an assisted living facility. Helping her prepare for that move seemed like the perfect distraction that year, during my first holiday away from my children. I imagined cleaning out closets, taking garbage bags of old shoes and bedding to Goodwill, and setting aside family heirlooms for my children and my nieces and nephews.

Part of me relished the idea of being liberated from my standard holiday routine of frenzied meal preparation with children scurrying about. Instead, my aunt said, we would take our Thanksgiving meal at a restaurant downtown. There would be no cooking, no cleaning, no mayhem, no mess. It sounded downright luxurious. I thought even in the midst of packing for her move, we would have fun, like we always did.

By the time I arrived, however, my aunt had changed her mind. She was not moving. She was staying put until further notice — end of discussion. I admired her fierce independence. Still, with no move in sight, there we were, on her sofa, with few plans aside from watching the weather go from ash to gray on three different local television channels.

With the weatherman droning on, I admitted out loud that I was sad to be spending my first holiday alone.

“You’re not alone!” she squawked, “You’re with me. Anyway, being alone is not so bad,” she continued.

Indeed, she had always been able to do what she wanted and when. But in that freedom, I spotted a kind of loneliness that I wasn’t sure I had the courage to withstand, especially at holiday time.

On Thursday morning, we sketched out a plan for the day. I would go for a run. Broccoli soup was for lunch. There was also a packaged baguette. Thanksgiving dinner was at 2 o’clock. If we needed a snack, there were pistachios or Satsuma mandarins.

She shifted from the soft couch to the sturdy rocking chair and back again, to ease her back pain.

“Check the weather!” she suggested suddenly, and I reached for the television remote.

“Open the door and look outside!” she clarified, and so I did.

“Can you hear anything? What’s it doing out there?” she called.

Something was falling from the sky — rain maybe, sleet, or a wintry mix. Whatever it was, it had clearly been given carte blanche to do whatever, whenever.

I walked back into the room and lounged on the sofa, nursing my coffee gloomily.

But what was Thanksgiving without the tumble and chaos of preparing a meal for a hodgepodge of people you loved? Sometimes the gratitude I felt once we were all gathered over dinner was the mere fact that we’d been able to pull it off, in spite of all the heralding clatter: highway traffic, green beans wilted and turkeys undone.

I imagined my children celebrating with their father’s family: football on the television, their uncle’s mashed potatoes and apple pie on the table. That they would have that consistency offered me bittersweet consolation — even, it seems, a spot of relief. I texted my 10-year-old daughter and asked if she wanted to say hi over FaceTime, and she did. She told me she missed me before passing her phone to her younger brothers, who were 8 and 4. The image on my phone flickered from one of their faces to the next, and then to the ceiling. I felt nauseated.

Did I want to talk to anyone else in Dad’s family?, my older son asked.

“That’s O.K., buddy,” I replied, smiling and shaking my head.

It was time to let them go.

I was still recovering from all the fragments of change scattered in my wake — my ex-husband and I were no longer together, and that itself was right and good. In that marriage, I had felt as if I had to be on, all the time, responsible for everyone else’s needs to the point where I could not attend to my own. No wonder I had always enjoyed the opportunity to escape into my aunt’s life, where freedom reigned.

But I was beginning to feel certain that in that year of transition, the sadness I felt over what had been lost was indeed a temporary hold. After all, I still had time laid out before me, and the will to fill it wisely.

As we went back to the buffet with clean plates for dessert, I perused the offerings — coconut cake, pecan pie and Boston cream. These were lovely, but they weren’t mine. Next year, I thought, I wasn’t sure how, but things would be different. With that, I was roused by a deep and promising sense of gratitude, for whatever was to come.

Samantha Shanley is working on a memoir.