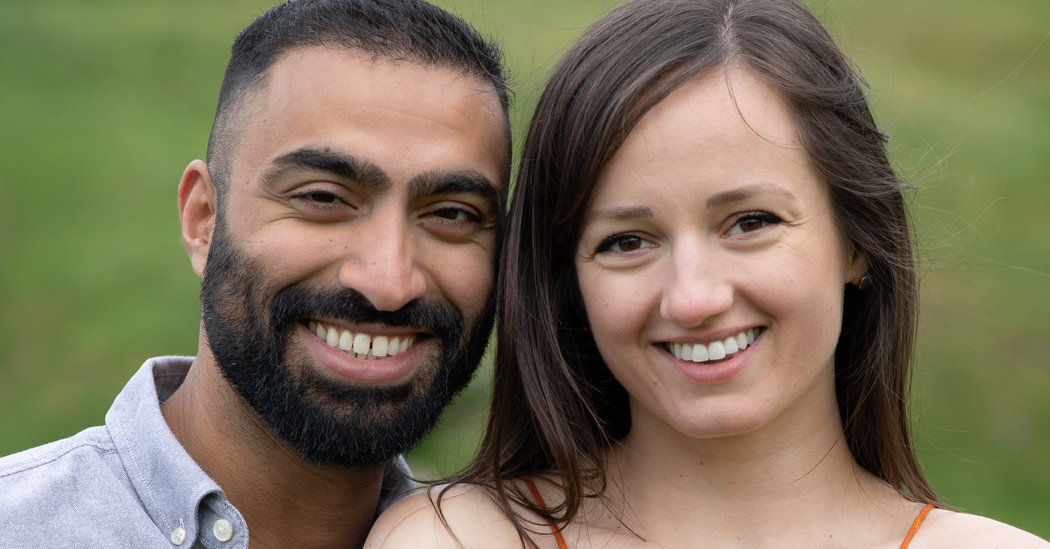 Miranda Tai Campbell and Athul Karinja Acharya were married Sept. 28 at the Barn PNW, an events space in Dayton, Ore. Judge Michael H. Simon, of the United States District Court for the District of Oregon, officiated.

Ms. Campbell, 28, is a palliative-care social worker at the St. Francis Memorial Hospital in San Francisco, where she helps patients and their families make decisions about end-of-life care and advance care planning. She graduated from the University of Oregon and received a master’s degree in social work from Portland State University.

She is the daughter of Nancy C. Henry and Bruce L. Campbell of Portland, Ore. The bride’s father, who is retired, was a high school teacher at the Merlo Station High School in Beaverton, Ore. Her mother, who is also retired, was a senior program director at Education Northwest, an education and research nonprofit in Portland.

Mr. Acharya, 33, is a public interest lawyer for BraunHagey & Borden, a law firm in San Francisco. He graduated from the University of Rochester and received a master’s degree in computer science from Purdue. He received a law degree from Duke.

He is the son of Nayana Acharya of Memphis and Dr. Balagangadhar K. Acharya of Riyadh, Saudi Arabia. The groom’s mother, who is retired, was a tax preparer for H & R Block in Memphis. His father is an ear, nose, and throat surgeon with the Dr. Sulaiman Al Habib Hospital in Riyadh.

The couple met in March 2015 on the dating app Tinder. The groom was the bride’s first and last Tinder date.