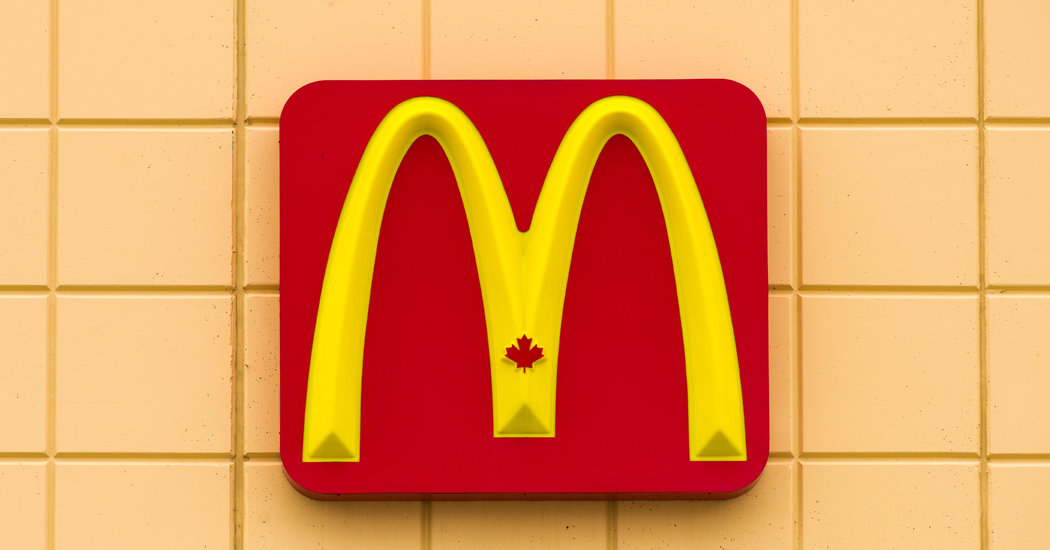 McDonald’s will offer a plant-based burger made by Beyond Meat at some of its locations in Canada, the fast-food giant said on Thursday, marking the company’s first foray into the growing market for meat alternatives in North America.

For now, however, the rollout of the “P.L.T.” — plant, lettuce and tomato — is just a short-term trial. The new McDonald’s burger will go on sale at 28 restaurants in southwestern Ontario for 12 weeks, starting Monday.

“This test allows us to learn more about real-world implications of serving the P.L.T., including customer demand and impact on restaurant operations,” Ann Wahlgren, the company’s vice president for global menu strategy, said in a statement on Thursday.

Amid a consumer craze for vegetarian products that simulate the taste and texture of meat, restaurant sales of plant-based alternatives have increased significantly this year, and Beyond Meat’s share price has soared since the company went public in May.

McDonald’s has toyed with the possibility of rolling out a plant-based burger for months. In the spring, the company worked with Nestlé to test a meatless patty in Germany, the Big Vegan TS. And in an earnings call in May, the company’s chief executive, Steve Easterbrook, said McDonald’s was keeping tabs on the plant-based meatless alternative market “to make sure the consumer trend is sustaining.”

Even as consumer demand for meatless “meat” grows, there is reason for caution, some in the industry say. A broader rollout would create logistical challenges for McDonald’s employees and take up limited space on the grill, said Jonathan Maze, the executive editor of Restaurant Business Magazine, a trade publication.

“They want to know if the sales are going to be worth the trouble,” Mr. Maze said.

McDonald’s has served vegetarian products in the past, including a McVegan burger in Finland and Sweden. But this is the first time the fast-food company has offered one of the new generation of plant-based burgers designed to taste like meat in North America.

Burger King already offers a plant-based burger made by Beyond’s main rival, Impossible Foods, at all its restaurants nationwide. And in recent weeks, a number of major fast-food brands have started to experiment with meatless meat. Dunkin’ started offering a breakfast sandwich made with plant-based sausage at its locations in Manhattan. Last month, KFC sold its entire test supply of a new plant-based fried “chicken” at an Atlanta branch in five hours.

But it remains unclear whether any of those trials will lead to more nationwide rollouts. Major chains are still deciding whether the demand for plant-based burgers will translate to other meatless alternatives, like sausage. Tim Hortons, the coffee and doughnut chain, recently pulled plant-based burgers and breakfast sandwiches from some of its locations in Canada.

“I still have a certain level of skepticism, frankly, about the long-term staying power of this,” Mr. Maze said. “We’re still just a few months in.”

Go Beyond the Willamette for Oregon’s Liveliest Wines
17.09.2021