Marie Kondo Wants to Sell You Nice Things. What’s Wrong With That? 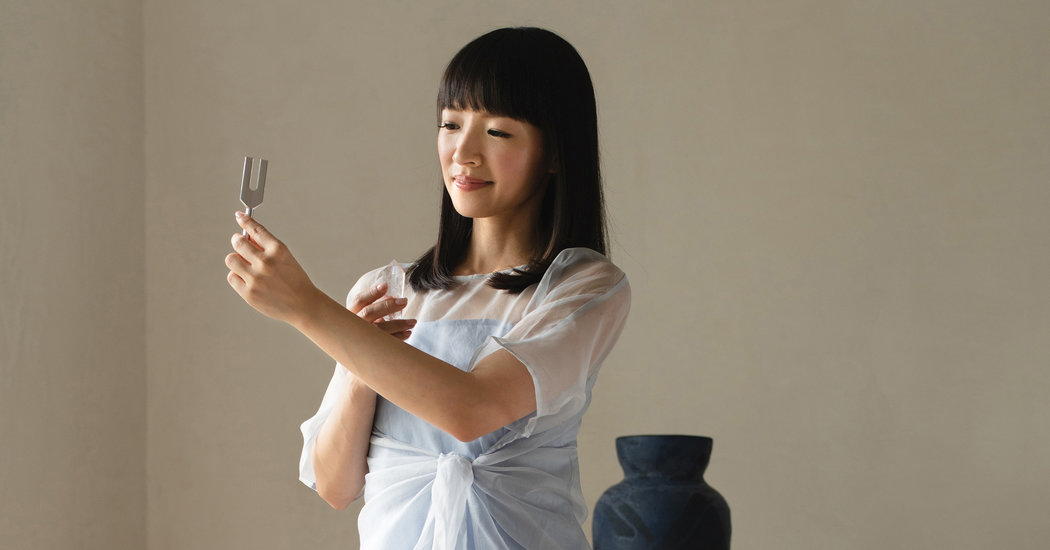 This week, The Wall Street Journal reported that Marie Kondo — the tidying guru, publishing juggernaut and former Shinto shrine maiden — had opened an online store. The response, predictably, has been a collective: “Wait, what?”

On Twitter, some users were in baffled awe of the downsizing expert’s pivot to consumption. Others wondered whether Ms. Kondo was being held somewhere against her will by the Goop team.

“Good thing I’ve decluttered my house Marie Kondo style, because now I can take advantage of her online shop and fill it up with needed things like 4kHz Chakra tuning forks and computer brushes,” wrote one mystified man in Australia.

There was a sense that it was the height of cynicism for a woman who has made a career of gently exhorting the clutter addled to pare their belongings down to the bare minimum, to purge everything except that which — all together now — sparks joy, to turn around and try to sell them more stuff. Use what you have has long been the Kondo way.

So what is she selling? There are organizing supplies, like good-looking white enamel food storage boxes ($34 to $60) that you can put directly on the stove, essentially, upmarket Pyrex, and chunky leather cubes designed to be desk catchalls ($75).

A live-edge cement bowl blended with mica is $145; a denim tote to hold flowers and other farmers’ market fare is $42; Japanese suede house slippers, in pale Kondo pink, are $206, but they have already sold out. A polypropylene dustpan and boar bristle broom set made by a Danish designer is $34, and quite beautiful.

But the accessory to tame them all, as it were, is that tuning fork ($50 on its own, or paired with a clear, pink or brown crystal for $75). Ms. Kondo notes on the site that the sonic vibrations made by a tuning fork help her reset, and she demonstrates in a hypnotic video. Perhaps you could use it to make the sound of “sparking joy.”

I say, give her a break. While peddling to those who are suffering from the blandishments of advertising and material culture seems, well, suspect, Ms. Kondo has exquisite taste.

She has curated a spare collection of well-designed objects that, yes, amplify her brand but are also attractive and meant to last and hopefully will not end up in the landfill.

Also, it’s fun to remember that another side of Ms. Kondo’s teachings is her cultural animism and non-dualism, the idea that we are inextricably connected to objects and spaces, and that those objects may have souls.

She has written of making allies of your belongings; connect to your pens and pencils, she says, and honor your clothes, you need their support. Buy the sustainably harvested beechwood computer brush, $35, and soothe your computer by swooshing its crumby, crusty surfaces. It may forestall a trip to the Genius Bar.

Why don’t you, as another style guru used to say, follow Ms. Kondo’s practices, which teach gratitude and compassion toward all things. Coming home each day, Ms. Kondo has a routine: She thanks her shoes for their hard work, and also her clothing. Good job, she tells her dresses and jackets. She greets her houseplants and strokes their leaves.

Ms. Kondo began to treat her own belongings as if they were alive when she was a high school student. She adored her pale blue cellphone, and flouted school rules by keeping it with her in class. Not to use, mind you. She liked the feel of it in her pocket.

When it became too scratched to be of use, and she had to buy a new one, she was bereft. She had the idea of saying goodbye in a text.

“Thank you for everything,” she wrote, sending a message from the new device to the beloved old one, adding a heart emoji. The blue phone pinged once, and Ms. Kondo opened it to see that her text had been received. And then, as Argus did when Odysseus returned, it immediately died.