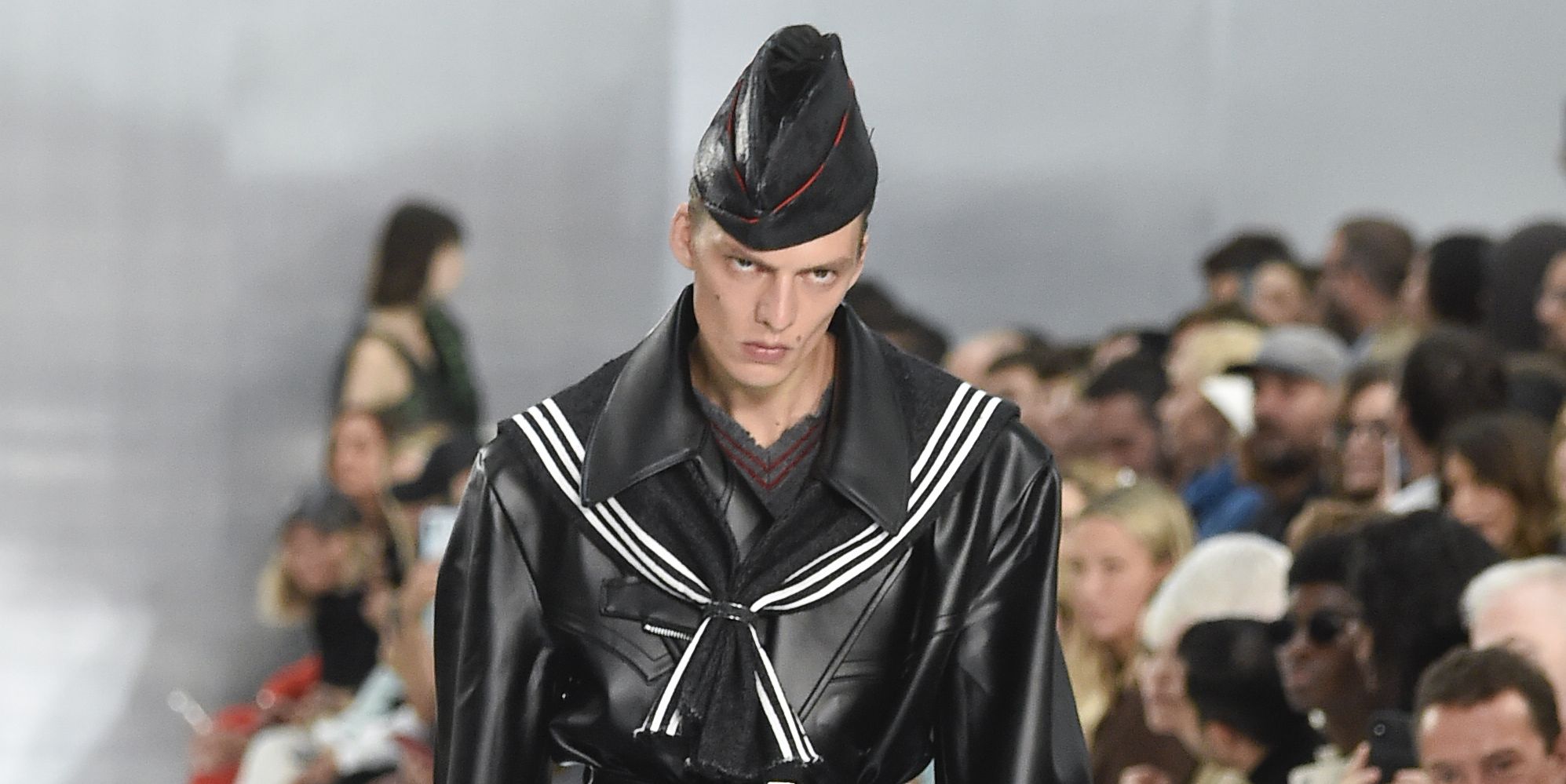 Leon Dame has officially delivered the runway version of a Rorschach test. No matter what you see in the model’s walk at Margiela’s spring 2020 show at Paris Fashion Week, it’s certainly… a lot.

It all started on Wednesday when the 20-year-old German model closed out the show, clad in a military-inspired look and ready to strut. In video of his journey down the stage, he seems to clamor onto the runway with a slightly hunched posture and a look that could kill.

He defiantly stomps down the stage as onlookers capture the moment. He erratically poses, he gallops at one point (??). Another model walks by, appearing intense but nowhere near Dame’s level of commitment. Dare I say a model has never been able to look like he could stumble at any moment and still be totally in control?

Dame has also graced runways this season for Gucci, Valentino, Alexander McQueen, and Burberry. He even walked last season’s Maison Margiela show, so it’s likely that creative director John Galliano was inspired by his singular style.

As Dame’s walk made its way to Twitter, it became clear that it would be divisive. Some embraced his unorthodox gait as innovative. Others branded it as ahead of its time. Like most revolutionaries, his big break garnered mixed reviews. But, above all, Dame made a mark on Rihanna—as the singer just recently began following him on Instagram. Here, a collection of reactions to his rule-breaking fashion week showing.