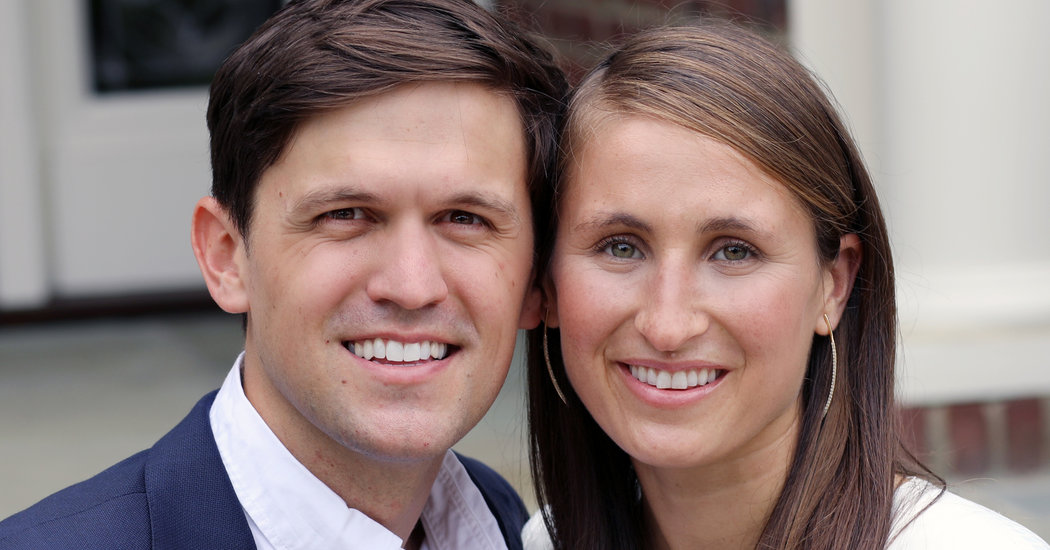 Johanna Frances Byer and James Samuel Adcock were married Sept. 28 at the Oaks, the bride’s family home in Indian Hill, Ohio. Robert D. Bauer, a friend of the couple who became a Universal Life minister for the occasion, officiated.

She is a daughter of Rhonda L. Sheakley of Indian Hill and Tedd P. Byer of Cincinnati; and a stepdaughter of Larry A. Sheakley. The bride’s father is based in Cincinnati as an investor and redeveloper of commercial properties there and in northern Kentucky. Her mother, who has served on many cultural and community boards, is a trustee emeritus of the Cincinnati Ballet and a president of the board of the Ohio Valley Board of the Jewish National Fund. The bride’s stepfather is based in Cincinnati as the chief executive of the Sheakley Group, a holding company of 10 wholly-owned businesses; and the chief executive of Lyon Share Investments, with interests in various entities including the Cincinnati Reds baseball team, and Il Mulino, an Italian restaurant in New York. He is a former chairman and president of the board of the Cincinnati Art Museum.

Mr. Adcock, 31, is the managing director of Carbon Capital Partners, a financial investment fund in Los Angeles. He graduated from Texas Christian University, and received an M.B.A. in entrepreneurship from Pepperdine.

He is a son of Madeline A. Adcock and Dr. John E. Adcock of Tyler, Tex. The groom’s mother, who was a stay-at-home parent, was a registered nurse until 1979 at St. Elizabeth Hospital in Lincoln, Neb. His father is a periodontist in private practice in Tyler.

In October 2017, the couple were introduced on the dating app Bumble after Ms. Byer saw Mr. Adcock’s photo, and said she instantly saw a “thoughtful sweetness in his eyes,’’ enough to make her swipe right.