‘I Dream, He Executes’ 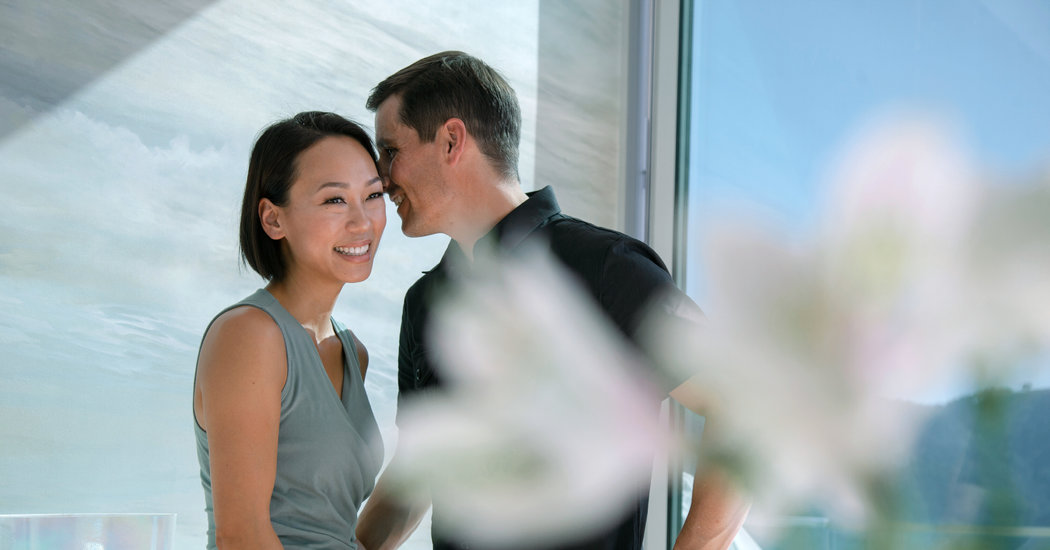 Because marriage is an ever-evolving experience, we constantly shift, change and, in some cases, start over. In It’s No Secret, couples share thoughts about commitment and tell us what they have learned along the way, revealing their secret to making it work. (Answers are edited for context and space.)

Occupations They are the founders of Tatcha, a skin-care company. They remain with the company after recently selling it to Unilever.

Their Marriage 15 years, 5 months and counting.

The couple married before 94 guests on May 29, 2004, in the Gamble Mansion, a small brownstone event space in Boston. “Three friends played the guitar and sang “Fools Rush In” as we walked down the aisle,” said Ms. Tsai. “The tailor botched my wedding dress so I wore a sample from a random designer, which was cut too low. I was fine about getting married but really nervous about showing too much skin.”

In 1998, Vicky Tsai, then 20, met Eric Bevan, then 21, at a college dance. She was a junior at Wellesley; he was a senior at M.I.T. She wanted everything to do with him; he wanted nothing to do with her. Six months of determination from Ms. Tsai made that change. “I kept asking him out, he’d turn me down. I tried talking to him; he acted disinterested. I thought he was cute. I’m not used to taking no for an answer. I think I wore him down,” said Ms. Tsai, now 41.

Their first date lasted several hours. Others followed. “Two months in I turned to him and said, ‘I think we’re going to get married one day,’” she said. Five years later they did.

In between, there was a joint move to New York, jobs on Wall Street, 9/11, and Mr. Bevan developed an autoimmune disease, rendering him in the hospital every weekend on heavy medications. For the next three years, Ms. Tsai took care of him. In late February 2003, Ms. Tsai proposed.

“I hated seeing him in bed lacking his natural sparkle. I thought, ‘how do I make him feel better today? How do I make him happy and laugh again?’” she said. “I woke him up and told him we should get engaged today. He said, ‘O.K., but I don’t have enough money to buy a ring.’”

They got dressed, took the subway to Tiffany’s, where Ms. Tsai purchased a simple band with diamonds. They got married a year later.

He has the wonder of an 8-year-old. I didn’t know how to have fun until I met him. He’s my rock and never questions my dreams. He keeps me grounded and makes things real.

He’s my better half, but also a better human being. I have to be intentional to be one. I have meditation guides and journals, I work at it; for him, it’s effortless.

I’m super annoying to be married to; he’s a saint. I create a lot of work for him. Some days I wake up and I can’t believe he’s still there. He makes me feel unconditionally supported and safe enough be my full, crazy self, which he loves and encourages.

I’ve made his life exciting. He’s quiet, but has an adventurous heart. He’s let me pull that out of him. Without our marriage, he wouldn’t have found himself in Cambodia or Africa twice a year. I throw chaos into his life and keep him on his toes, but secretly he loves that. I do, too.

I’ve learned humility. That I’m nothing without him. And to appreciate how much he brings to the equation. I’ve learned we show our love for each other differently, and that’s O.K. He does it through doing and actions; I do it through words.

Mr. Bevan I’m introverted, quiet and guarded with my feelings. I can be blissfully unaware. I wouldn’t have taken the initiative to ask her out so I’m grateful she was persistent. We started out with new love, chemistry and good banter. We weren’t attached to anything but each other. She made me emotionally vulnerable. I opened up with Vicky. And she did with me. We became enamored with each other’s values and personality. That strong connection hasn’t changed.

We are complete opposites. That makes life interesting and stretches us. She’s the visionary; I’m the muscle. That lets her thrive and take care of what she needs to, and I take care of her. I live in the present, without a clue as to what’s coming next. Vicky is in the forward, brilliantly planning both personally and professionally. She challenges me and helps me reach higher potential.

When she smiles she lights up a room. She’s fearless, driven and dynamic. She’s my energy. She’s the person I want to come home to and create an adventure with. The qualities she has makes me want to be a better person — empathetic, fearless, grateful, compassionate. She makes it O.K. to be out of my comfort zone. We’re both predicable in each other’s eyes, but that makes me feel understood, loved and connected.

Marriage taught me to trust who you are, and who you’re with. That you have to rely on and trust each other’s intentions, and enjoy how different our personalities are. I’ve learned individual goals become shared goals. And when the right person steers the ship, you’re steered correctly.

I’d be lost and broken without her.

The smartest thing I did was let her steer the ship. I was seeking a nontraditional life, with Vicky I have that.