How to Get Your Running in During the Holidays 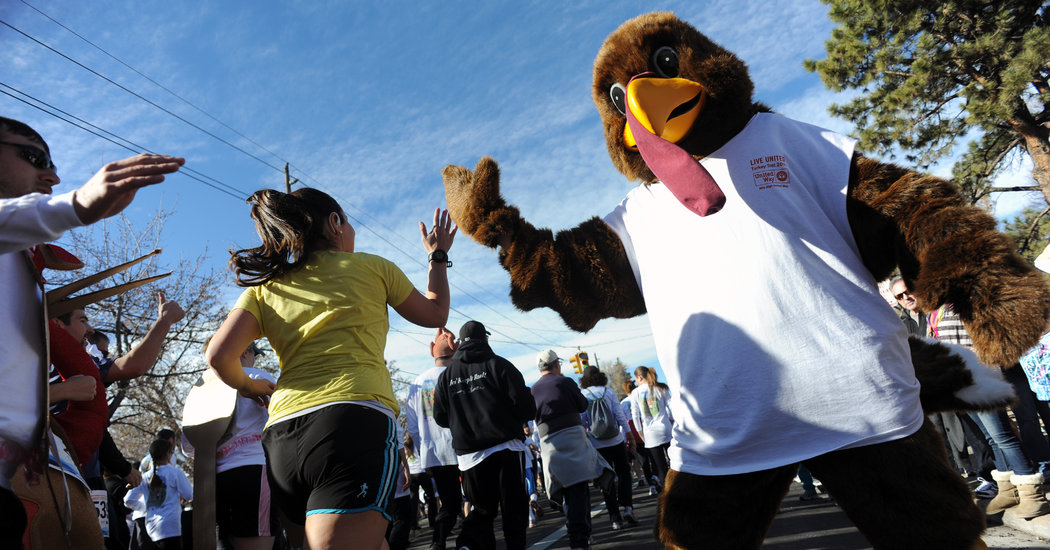 Whether your holidays are merry and bright or the time of year that you grit your teeth to get through, if you are a regular runner, you’re probably going to want to run.

But if you are the host of a family gathering, there are so many details to manage that you can end up putting your own needs last. Just remind yourself that running is a stress reducer, and someone else can handle pancake duty for the guests while you get your morning miles in.

And if you are the one traveling to visit your family, it can feel as if almost everything is conspiring against you: travel fatigue, not knowing where to run, weather that’s much hotter or colder than you’re used to, family members who think your hobby is weird, or a sore back from sleeping on a lumpy futon that your brother should have left at college when he graduated.

Here’s how to jump those hurdles to make sure you keep up your routine, even if it doesn’t look like what you’re used to.

Given the activities that typically come with a holiday, just saying “I’ll run today” isn’t enough, said Chris Lundstrom, director of the sports and exercise science program at the University of Minnesota and a running coach with the Twin Cities Marathon.

“Have a plan and identify ‘when is this actually going to happen,’” he said. If you can, he recommends running first thing in the morning. Not only will getting the run done before your relatives are awake sidestep any criticism that you’re giving up family fun time in order to sweat, but getting it done first ensures that it happens. “It tends to be a little bit harder to get out once the day gets going,” he said.

If you know of a family member or friend coming to the big holiday jamboree who is also a runner, see if you can schedule a time to head out together, he added. The other person will keep you accountable when you may be tempted to skip out.

If your time available to run is tight and you’re planning on staying at a hotel, make sure that it has a treadmill, said Heather Milton, an exercise physiologist at the N.Y.U. Langone Health Sports Performance Center. That way you have a tool to help you get in a run no matter what time of day or night you have available — and you won’t have to ask for directions.

Not that running in a new spot is a bad thing. Your run can pull double duty: a workout and an opportunity for sightseeing. “It’s the best way to get the lay of the land and see some different things,” Mr. Lundstrom said. Not sure where to go? Ask at the front desk of your hotel — they may have maps, or even a running concierge, as the Westin chain does. You can also search local running groups or running stores to see if they have a group run you can join. Staying on that futon and not at a hotel? Sites like Map My Run and RunKeeper make recommendations based on the routes the locals run.

And make sure you’re packing for the climate at your destination, Ms. Milton said. “You don’t want something as simple as not having the right equipment to limit your ability to go out and do your run,” she said.

If you’re traveling and busy, you might not have the time or energy to do your regular workout. Make doing something a priority, even if it’s less than you’re used to. “If you’re used to going out and always doing a six-mile run, maybe do three miles of intervals instead,” Ms. Milton said.

This also might mean doing something other than running, like a hike that’s more accommodating to your family and friends’ fitness levels. What matters more is that you’re moving versus completing a specific workout. “Getting in any kind of exercise is beneficial,” she said.

If you’re trying to see a lot of people and know some of them are into running, too, you can sign up for a holiday-themed race, like a Turkey Trot run at Thanksgiving or a holiday lights run. That might mean mixing up your pace, but it lets you get in a workout and socialize at the same time.

Anything can become a flash point during the holidays — your run included, especially if you’re the only person in your family who does it. “If you’re trying to stay committed to something that’s important to you, and it isn’t something your family does or understands, then your run tends to kick up old family dynamics,” said Theresa Herring, a licensed marriage and family therapist at Centered Connections in Evanston, Ill.

If you have a family member who resents your taking time away from the family to do something for yourself, “respond instead of react,” Ms. Herring said. “When we react, we tend to say something from frustration or anger or hurt, and when family members come at us for something that’s really important to us, it’s really easy to react from those places,” she said.

Instead, try to “take a moment so you can respond to them in a way that more aligns with the type of relationship you want to have with them.” If it’s a parent worried that you’re wearing yourself out, tell them how running makes you feel better, and that if you get in a run, you’ll be your best self for the rest of the day.