How Darren Criss Overcame His Fear of Gym Bros 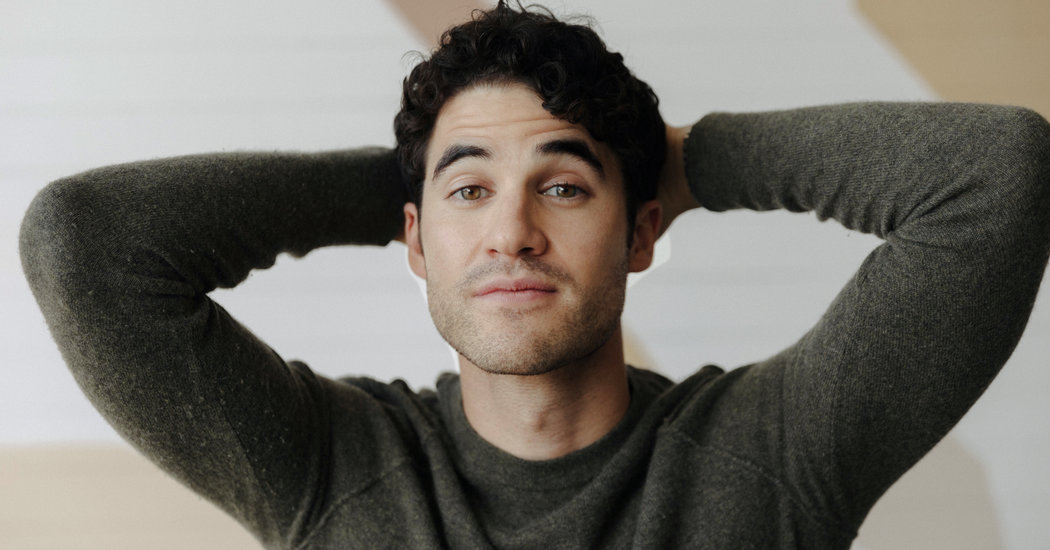 The actor Darren Criss, 32, has a lot to say about grooming, diet, fitness and, most important, sleep. Mr. Criss, a San Francisco native who lives in Los Angeles, is so obsessed with sleep that he times it to REM cycles. He has also started a men’s grooming site, the Motley, with the siblings Matthew and Madison Ruggieri, and has just introduced a unisex skin care line called Onekind. Here, Mr. Criss, who is in the war drama “Midway” and is filming “Hollywood,” the new Ryan Murphy Netflix show scheduled for release next year, explains his personal care routine.

I have a lot of cleansers, but honestly, this is the one category where I feel like you just need to get your face clean. You use a bar of soap, and as long as it does the job, it’s O.K. Then I use Port Products Sol Defense SPF moisturizer. Then, morning and night, I put on Recipe for Men Under Eye Gel.

For night, I’m biased toward my own products. I do the Onekind Midnight Magic serum — there’s retinol in there — and I use that in tandem with Onekind Dream Cream. Every two days or so, I do the Urth Botanical Resurfacing Mask. I love a lot of their products. I also have the Urth Antioxidant Face Complex. It’s like taking your face to the spa.

I have to shave every day for “Hollywood,” the show I’m on, and it’s really tough on the skin. I have to pay attention to the length of my stubble and the kind of blade I use. If I have a few days’ growth, I like the Executive blades from Dollar Shave Club.

But if it’s a day’s stubble, I’m using a safety razor. That’s because razor burn comes from multiple blades and multiple tiny cuts. I’m trying to minimize that by the number of the blades and also how big the blade is.

I use a hot towel to warm up the stubble. I also try to use really hot water to warm up the blade. Lock Stock & Barrel makes a really great shave oil.

One of the most important things, though, is the Urth Post Shave Elixir. I have buckets of it. If I don’t have it, I’m in a panic. I recommend it to anyone. I recommend it to my wife after she shaves her legs. I guarantee you maybe five people in the world care this much about shaving.

I know it’s a hippie-dippy thing, but I’m a fan of oil pulling. I take a big dip out of a jar of coconut oil and swish that around my mouth. It sounds gross, and it is kind of gross. It’s supposed to pull bacteria out of my mouth.

I think it’s an Eastern medicine kind of thing — let’s face it, they’ve been ahead of everything on this front for millenniums. Someone recommended it to me years ago, and then when I was doing “Hedwig and the Angry Inch” on Broadway, I was literally making out with strangers every night. I did anything I could do to clean my mouth — it was more for their benefit and less for mine.

I’m really militant about sleeping for certain lengths of time. I’ve been doing this for years and years: I make sure I sleep in increments of 90 minutes. It takes me about 10 to 15 minutes to fall asleep and then the 90 minutes to complete a good REM cycle. So, for example, I’d rather get three hours of sleep than four hours.

You know those days when you wake up and you feel really good even though you didn’t really get a lot of sleep? That’s hitting the REM cycle. Or you sleep for a long time, but you wake up in the middle of a REM cycle and your whole day feels awful? I avoid that like the plague. Of course, there are a lot of variables — what you ate, how much you drank — but I try to have my sleep evenly timed out.

I’ve been into health and food ever since I was maybe 12 or 13. I was fascinated by the idea that food is fuel in this very nonintellectual way. You need carbs to do this and protein to do that. How it’s translated today is that you see that the digestive system is directly related to everything else. It’s not a subsidiary component.

So I time the way I eat. I don’t mean I’m timing while I’m eating, but you know how if you have dinner plans at 8 with friends? Well, then you don’t eat as much during the day so you’ll have an appetite and enjoy a meal out. I take the same approach with every activity throughout the day.

If I’m working, the snacks and the doughnuts are all lying around, and I have to be careful of that. Otherwise I’ll feel strung out and tired. I try not to eat three hours before bed, but if I’m hungry, I might have a low-glycemic snack. I’m not going to have a carnitas burrito.

Then one of my biggest life hacks: I’m a huge chia seed person. If chia seed was a brand, I’d be repping them so hard. I soak chia seeds overnight and then do chia seeds and matcha in the morning. They’re the ancient form of good things.

I got heavily into fitness in my late 20s. Now I’m a certifiable fitness rat. I work out like I used to play video games. It’s competitive and fun. It’s also meditative. For me it’s really about the cardiovascular benefits and general well-being. If my body is a little more toned, that’s a super-bonus.

When I first started, that entry point was hard to find. I was completely allergic to the bro-y gym culture. “Get swoll, dude!” The thing that changed my life was P90X. I’ve never met him, but Tony Horton is the biggest dweeb in fitness.

I was too embarrassed to go to the gym, and I didn’t want to work out in a public space, and here was a guy who was making the dumbest dad jokes. This guy was all right. I knew this guy from high school.

I now love the social aspect of working out. I have maybe six or seven friends on rotation, and instead of going out, we do a workout class together. It might be H.I.I.T., a Pilates reformer class or yoga. I try to change it up as much as possible. I want to confuse my muscles.

I also love Training Mate in Los Angeles. It’s by these goofy Australians. They’re super-fun and funny. When I’m in New York, Refine is my jam. Fhitting Room is really great.

A lot of people don’t know how to keep their muscles healthy. They need to do the recovery. Physical therapy is really nice, but it’s expensive. I believe in rolling out the muscles, and that just takes some time. Also, cryotherapy is incredible.

You can do other things, like an Epsom salt bath, and I’m a big fan of the steam shower if you can get access to one. I do it at night too, as it helps me relax before going to sleep.