How a Gig Worker Revolt Begins 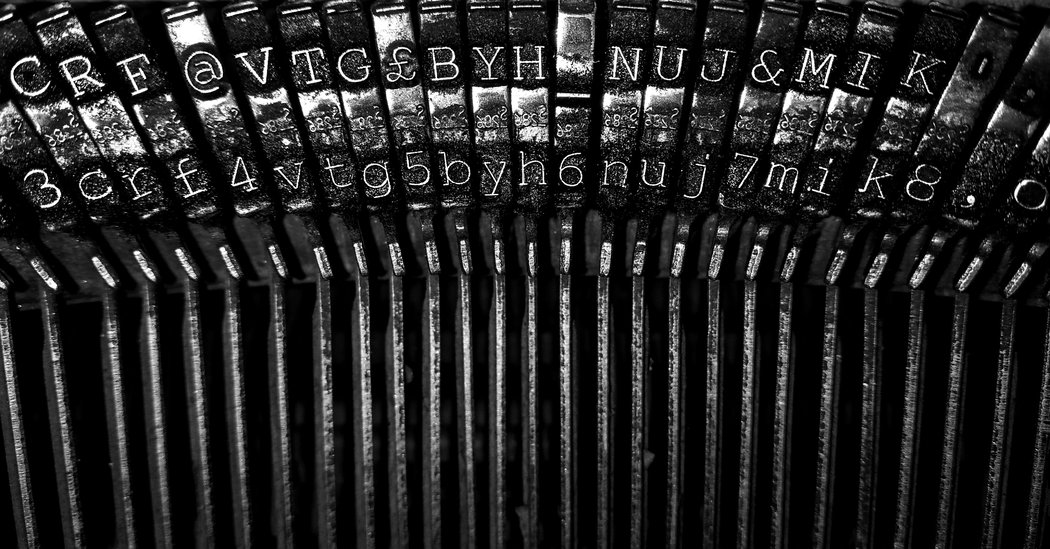 Until last week, Li Zilles was one of the many nameless and faceless contractors toiling in the bowels of the internet, providing online services that might have been mistaken for the work of artificial intelligence.

The job: to transcribe audio files for the start-up Rev.com, churning out texts without clients ever knowing the name of the transcriber.

This was a lonely existence, and not an easy one. The pay, even though the work was full-time, was little enough that food stamps became necessary.

Then, earlier this month, Rev told its contractors that it would start taking more of the money that clients paid for basic jobs. That left the contractors with just 30 cents of every dollar paid for the easiest work (recordings with the least amount of background noise) instead of the 45 cents they had been getting before.

The announcement proved to be the breaking point for Mx. Zilles (who is gender nonbinary and takes the gender-nonspecific honorific).

Mx. Zilles, who worked from their home in Seattle, went public with their discontent, posting on Twitter that the new fees would leave the average transcriber with $4.50 for an hour of work, and also called for customers and contractors to voice their discontent.

With that Mx. Zilles, a 29-year-old former graduate student, was suddenly the leader of the newest revolt against the gig-economy start-ups that govern the lives of more and more people around the world.

“It was something I never talked to anyone about — I was honestly embarrassed about working for them,” Mx. Zilles said. “This felt good — it felt like I was finally saying, ‘I have been doing this and it has sucked a lot.”

Rev initially tried to wait out the storm. But late last week, Jason Chicola, the chief executive, sent out a message on the company’s internal forum apologizing for having handled the changes so poorly.

The next day, he held a live-streamed question-and-answer session, with angry questions filtered as politely as possible through one of Mr. Chicola’s deputies.

Mr. Chicola said that Rev was lowering the pay for some employees so that it can pay other employees more for harder jobs.

The contractors at Rev are far from the first gig-economy workers to rise up in discontent, and they were not even the first this month. The same week that Rev made its changes, couriers for Instacart started the latest strike against the company, citing changes that have lowered the tips that workers receive.

But the Rev protest is distinct from many that have come before because its workers don’t have any presence in the physical world, like the couriers and drivers who have led most of the protests in the past.

So-called cloudworkers, like those who work for Rev and companies such as Amazon’s Mechanical Turk, have found it much harder to connect and organize.

Rev workers are also more aware than drivers and couriers of the cold breath of artificial intelligence creeping up behind them. There are already start-ups that will transcribe your documents for free using speech recognition technology.

Rev started its own competitor in this realm earlier this year. In Friday’s Q. and A., contractors asked if they were being kept around just to train the company’s artificial intelligence — something Mr. Chicola vehemently denied.

So far at least, the machine-powered alternatives do not appear to be eating into the work available for skilled transcribers.

Paula Kamen, who runs Transcription Professionals from her home near Chicago, said that when she began her company in 1995, she was convinced that Dragon — the buzzy speech recognition software of that time — would soon make her business obsolete.

But she said she has continued to grow at a steady rate because the advances in speech recognition technology have come alongside the proliferation in recording devices and people wanting to see their words turned into text. Much of the work that Ms. Kamen farms out to her contractors today involves correcting bad transcriptions from automated services.

For Ms. Kamen, the most remarkable discovery to come out of the Rev controversy was just how little the company is paying its contractors, which she described as “Dickensian,” and how much Rev is taking for itself.

Ms. Kamen generally keeps around 20 percent of what she charges clients to cover her overhead, compared to the 50 to 70 percent that Rev is keeping. The amount that Rev is taking off the top is big even compared with other gig economy companies like Uber, which takes about 25 percent of each dollar paid by a customer.

Mr. Chicola said in an interview that Rev requires more for overhead because of the company’s quality control and investments in technology to help freelancers.

Even with all the complaints about Rev, the boycott may not have caught on if Rev wasn’t a service used by the people best placed to pay attention get the message out — journalists — and Mx. Zilles’s decision to appeal on Twitter to some of the media companies that are listed on Rev’s website as clients.

Journalists, including Jelani Cobb, a writer at The New Yorker, weighed in to amplify Mx. Zilles’s message and said that he would stop using Rev.

A spokeswoman for The New York Times, which Rev lists as a client, said on Friday: “We’re aware of the concerns and are currently reviewing our use of the vendor.”

The anger among Rev workers has also spurred other bad news about the company. Contractors told a reporter at Medium that Rev had offered them access to almost all the files that customers uploaded to Rev — many of them sensitive files from things like legal investigations — and without doing any background check on the contractors.

This could prove to be particularly problematic because one worker, Joel Moore, shared emails with The Times showing that his account on Rev, and those of some other contractors he knew, had been hacked by someone with a Russian email address, giving the hacker access to the Rev system, and customer files, for at least a few days this summer.

Mr. Chicola said that the hackers did not gain access to any customer transcripts.

None of this has been enough to get Mr. Chicola to back down on the pay changes. He said that the latest changes are necessary to free up money for the harder jobs on the site.

In a post on Rev’s website on Monday night, Mr. Chicola said that the people complaining represented 1 percent of transcribers and that “a far larger number are happy with Rev.”

The post was quickly met with 55 responses on the forum, all of which were critical of Mr. Chicola.

“It kind of feels like we were pushed over on the playground, we complained, the pusher then picked us up, brushed us off and apologized, then five minutes later pushed us over again,” one commenter said.

One contractor set up a poll on the forum, in which 95 percent of 221 respondents said they were unhappy with the changes. That is in line with the poor scores that Rev has received from its transcribers on career sites like Glassdoor and Comparably.

Mx. Zilles is now working on creating a website, transcription.network, to directly connect unhappy Rev workers with some of the better-paying clients and transcription companies that have reached out over the last week.

Given that there are now nearly 6,000 responses to the messages on Rev’s internal forum announcing the pay changes, it’s likely there is no shortage of people looking for new opportunities.

Mr. Moore, who began working for Rev while touring as a standup comedian, said that the events of the last week have given him courage to begin looking elsewhere after watching his pay at Rev fall by about 30 percent in recent months, which he attributed to previous rate changes made by the company.

He is hoping a change in employer may finally help him deal with a case of tinnitus that his doctor, he said, told him was caused by the physical stress of ceaseless high-speed typing. One of the bittersweet benefits of working for Rev, he said, is that he has qualified for free health care through Medicaid.

“I’m late on a phone bill, and there a couple more coming up soon,” he said. “It’s definitely time to start interviewing.”