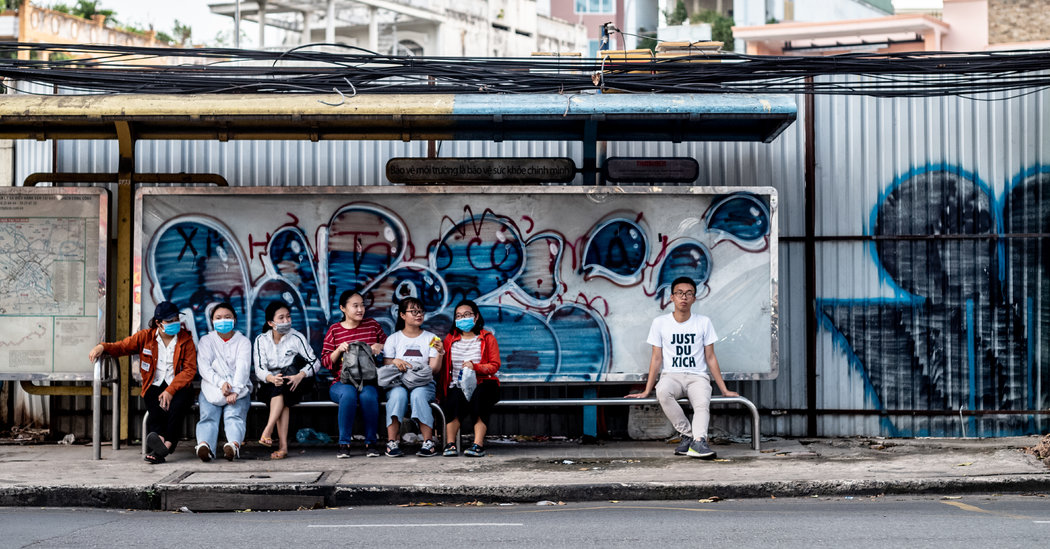 Started by English-speaking foreigners, stand-up comedy is increasingly becoming a new tradition among Vietnamese in the bustling city locally known as Saigon.

“There’s no stand-up comedy tradition here,” says Uy Le, a 26-year-old marketing professional who was the first Vietnamese comic to win the Vietnam Amateur Comedy Competition in 2018. “There’s no sarcasm or even puns in the Vietnamese language and traditional comedy is mostly slapstick. When I started it was 99 percent expats and travelers, but now there are Vietnamese people in the audience.”

Mr. Le says he was first exposed to stand-up a few years ago, when he came across the American stand-up comedian George Carlin on YouTube, and then took a comedy workshop organized by Ben Betterby, an Arkansas native who moved to Ho Chi Minh City in 2013.

Mr. Betterby began organizing comedy workshops to help budding comics learn the art of stand-up while learning himself. He has now assembled an active group of performers known as Comedy Saigon, which organizes regular live shows at venues across the city.

“Several years ago venues used to change their open-mic signs to say ‘music only’ after we’d perform stand-up because they hated it and didn’t understand what we were doing.” Mr. Betterby said.

Lately, about half the audience giggles to jokes typically in English, the common language for foreigners and locals talking with each other.

Most crowds are about 25 percent locals, with the rest a mix of expats and travelers, along with a smattering of digital nomads who roam the globe working remotely, hailing from countries that include the United States, Britain, Australia, France, Germany, Russia, South Korea and Singapore.

Nick Ross, a British journalist and part-time comedian, says these ratios are a notable change since he first began performing comedy in the city several years ago, when “the only locals were expats’ girlfriends.”

After living in Vietnam for eight years, Ross is now in London, studying law. But he still works as a promoter for popular monthly showcases in Saigon with Facebook and fills rooms using posts and ads on social media. His comedy outfit, Saigon International Comedy, pairs a touring international comedian with a handful of local comics and has about 15 sold-out shows a year.

The South African comedy veteran Devin Gray knows how to handle a crowd. While emceeing a show on the rooftop deck of the trendy Pasteur Street Brewing Comedy, in the heart of downtown, he quips, “This room feels a little separated with that divider wall, so we’ll call you in the front South Korea, and you in the back North Korea. How are the North Koreans doing back there?”

The international crowd claps and cheers as he introduces a Vietnamese comic who goes by her first name, Tu. Clad in a leopard-skin dress, she mocks foreign Tinder dates seeking Asian women, while bawdily discussing her sex life.

Tu, who began performing in 2017, says having the outlet of stand-up comedy has helped her cope with depression. Indeed, Vietnamese comics around town all comment on feeling more empowered after performing in front of international businesspeople and travelers who often don’t engage much with locals outside service industry transactions.

Uy Nguyen, a 23-year-old English-language tour guide, says he feels it’s easier to perform his comedy routine in English because he can do sets about his family life — which play well to foreign audiences, but are generally considered taboo locally.

On a steamy Monday night, in the dense Da Kao neighborhood along the Saigon River canal, an artsy crowd has gathered to hear comedy and music at the dive-bar-meets-art-lounge Indika Saigon hidden behind a Vietnamese barbecue restaurant.

Angee Floyd, known as “Angee the Diva,” pulls a cigarette from her mouth and rests her hand on the microphone stand as she kicks off the open-mic with a joke about her spleen being dislodged during a sexual escapade on a recent trip to Phu Quoc Island, a hot spot for beach lovers that’s an hour’s flight away.

As the leader of a performing troupe called Saigon Funny People, Ms. Floyd also organizes multiple public and private events each month, including an all-female show that’s one of the most well-attended in town. As an African-American woman and former teacher, she moved to Vietnam in early 2017 because she said she found it too hard to make a living wage in the United States. She identifies as bisexual and says she is drawn to Ho Chi Minh City’s openness to people like herself.

Most events began in lively downtown bars and have now spread into neighboring districts as buzzy night spots have proliferated throughout Saigon, along with the growing Vietnamese middle class.

Comics who have only been performing for a year or two have also started hosting their own open-mic nights at bars in some of Saigon’s most stylish neighborhoods to hone their skills.

The comedy trend has grown so much, more experienced Vietnamese and expat comedians living in Ho Chi Minh City are increasingly touring around the country and throughout Southeast Asia’s burgeoning comedy network — performing in clubs, bars and restaurants in Hanoi, Hue, Kuala Lumpur, Singapore, Hong Kong, Phnom Penh and Jakarta.

“We’re all working hard to get better even though many of us in the Saigon scene are new,” says the comic who calls herself Tu.

As the community of comedians expands, many dream of becoming famous. But for now, the local comedy champion, Uy Le, says he’s not quite ready to quit his day job.