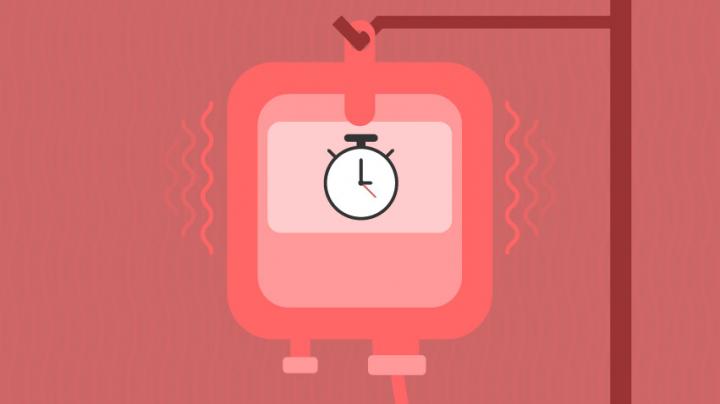 ANN ARBOR, Mich. – A new study finds that the three most common treatment options administered in the emergency department for patients who experience refractory status epilepticus are equally safe and effective.

Status epilepticus is characterized by individual seizures or multiple seizures close together lasting more than five minutes with a loss of consciousness. If not treated, it can lead to severe brain damage or death.

“Optimizing emergency treatment with benzodiazepines has previously proven to reduce intensive care unit stays, hospitalization and other complications, but we have not had clinical trial data to tell us what works in those patients who continue to seize despite benzodiazepines,” says Robert Silbergleit, M.D., a professor of emergency medicine at Michigan Medicine.

“Although levetiracetam, fosphenytoin and valproate are three of the most commonly used intravenous drugs to treat refractory status epilepticus in both children and adults, before this study, we didn’t know if one of these drugs worked better, or if any of them worked well at all.”

Silbergleit is the senior author of the new study, published in the New England Journal of Medicine, which reveals the three drugs are equally safe and effective in treating patients with refractory status epilepticus. The study was supported by the National Institute of Neurological Disorders and Stroke (NINDS), part of the National Institutes of Health.

“Doctors can be confident that the particular treatment they choose for their patients with status epilepticus is safe and effective and may help them avoid the need to intubate the patient as well as stays in the intensive care unit,” says Robin Conwit, M.D., NINDS program director and an author of the study.

“This was a truly collaborative, multidisciplinary study that involved pediatricians, emergency medicine doctors, neurologists, pharmacologists and biostatisticians all contributing their expertise.”

In the Established Status Epilepticus Treatment Trial (ESETT), more than 380 children and adults were randomized to receive levetiracetam, fosphenytoin or valproate when they came to the emergency department experiencing prolonged seizures.

The results showed that the three drugs stopped seizures and improved responsiveness in approximately half of the study participants. Specifically, these benefits were seen in 47% of subjects in the levetiracetam group, in 45% of participants in the fosphenytoin group and in 46% of subjects in the valproate group. These differences weren’t statistically significant and there were no differences in serious side effects among the drugs.

“Our study suggests that clinical outcomes are driven by factors other than drugs,” Silbergleit says.

“Differences in how doctors decide to treat status epilepticus, such as when they give more drugs or when to anesthetize patients and put them on a mechanical ventilator, may be more important than the specific treatments used to control seizures in patients.”

The study was stopped early when a planned interim analysis found that the drugs were equally safe and effective.

The ESETT researchers utilized a clinical trial design known as response adaptive randomization to improve the study’s efficiency and maximize the chances of identifying the best treatment. The study used an algorithm to determine which drugs patients would receive based on accumulating trial data.

“Using an innovative design for this clinical trial, we were able to answer this important question in a timely and cost-effective manner,” Kapur says. “In addition, this design lowered risk by reducing the chances that participants could have received what might have been determined to be the least effective treatment.”

Silbergleit notes that the results of ESETT validate the use of the three drugs and give emergency physicians options when it comes to treating patients with refractory status epilepticus.

“Our results demonstrate that doctors can choose a treatment based on availability, as shortages of these drugs have been common in recent years, cost, ease of administration or other practical criteria.”

Additional research is needed to prevent refractory status epilepticus and to find treatment options for the patients whose seizures don’t respond to the three drugs investigated in this study.