He Had a Temporary Blast of Amnesia. What Was Going On? 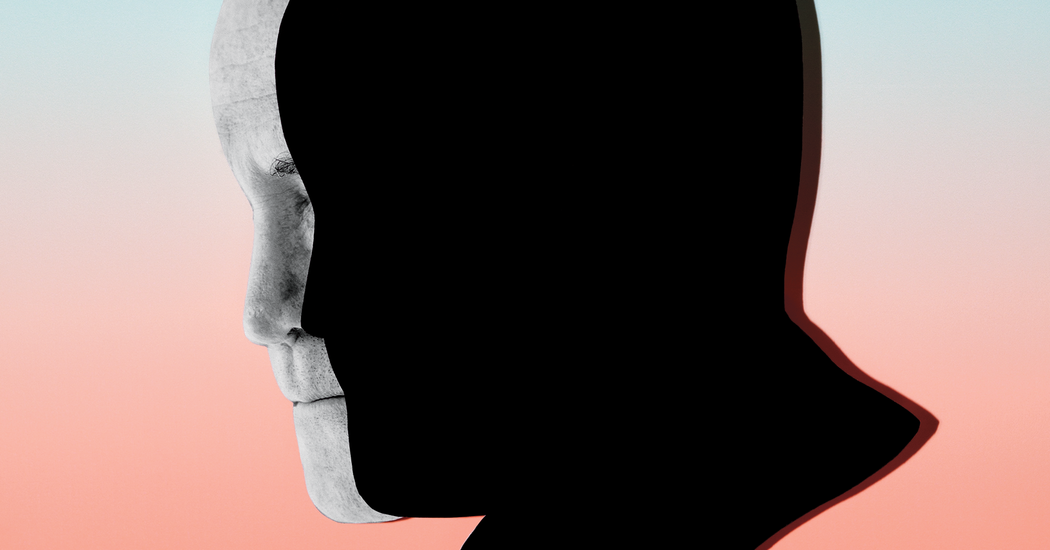 “Where am I?” the 68-year-old man asked. His daughter explained again: He was at Yale-New Haven Hospital in Connecticut. He had been found on the ground in the parking lot of the grocery store near his apartment. The man nodded, as if taking it all in, but minutes later asked again: Where am I? He had never had any memory issues before, but now he couldn’t remember that it was Saturday. Didn’t remember that he spent the morning moving the last of the boxes he had stored at his daughter’s house to his new apartment. He didn’t even remember that he had spent the past few months hashing out a pretty messy divorce.

His soon-to-be ex-wife was also in the E.R., and again and again he asked her: Are we really getting divorced? Why? What happened?

Earlier that day, his daughter received a call from the hospital saying that her father had fallen outside the supermarket and was brought in by an ambulance called by a good Samaritan. No one could tell her any more than that, and her father clearly didn’t remember. He had a scrape on his right cheek and over his eye, but otherwise he seemed fine. Except he couldn’t remember the events of the recent past. When asked his name and address, he responded promptly, but the address he gave was the house he shared for many years with his future ex-wife. He seemed stunned to find out he no longer lived there.

The doctor in the E.R. was also surprised by the extent of the man’s memory loss. He seemed to have lost both his retrograde memory, recall of the events of the recent past, and his anterograde memory, the ability to form new memories from the present. But on examination, everything else seemed basically normal — except that his blood pressure was high, and he had the scrapes on his face. There was no sign of infection. His kidneys and liver seemed to be working just fine. A head CT scan showed no injuries to the bones of the face, the spinal cord in the neck or the brain. There was no trace of alcohol or drugs in his system. After a few hours, the man’s memory was still not functioning properly, and he was admitted to the hospital.

Early the next morning, Dr. Kathryn Zuchowski introduced herself and the other members of her team to the patient. They would be caring for him while he was in the hospital. Zuchowski was in her first year of residency and planning to specialize in neurology, so she was excited to have a patient with such an intriguing neurological problem. Over all, the man’s memory seemed much better that morning than it was the day before. He was still a little vague about time — he thought it was April, but it was September — and he couldn’t recall anything about the day before, until he “woke up” in the hospital. But now he was nearly back to normal. He knew he was getting divorced and remembered his current address.

Zuchowski first suspected that the man had suffered some kind of seizure. This would explain both the fall in the parking lot and the subsequent memory loss. Patients are often confused for a short period of time after a grand mal or tonic-clonic seizure. But when she got the results of the patient’s EEG, there was no sign of a seizure disorder. An M.R.I. of the brain was read as normal — just as the CT had been.

Zuchowski considered disorders that could cause this brief blast of amnesia and leave no trace. A concussion can cause memory loss, but it usually lasts for days, not hours. And most kinds of strokes would leave a lesion that would have shown up on one of the scans. A transient ischemic attack (T.I.A.) is a would-be stroke that fixes itself before any injury is done to the brain and therefore doesn’t show up on a scan. But it’s still important to determine if a T.I.A. has occurred, because it puts a person at much higher risk of having a stroke within the next few days. But the symptoms from T.I.A.s rarely last more than an hour. And the patient’s spell of forgetfulness lasted eight to 10 hours once he arrived at the hospital. He didn’t seem to fit in any of the diagnostic boxes they had at hand — until a new clue emerged.

The M.R.I. of the man’s brain was originally read by a radiology trainee, who thought it looked normal. When the attending radiologist reread it, he noted a tiny bright spot on the left side of the man’s brain, in the area responsible for making and retrieving memories. This could be a sign that the man had a small stroke. But the radiologist also suggested another possibility — one that Zuchowski had been silently considering since she first met the patient. It could be an unusual disorder known as transient global amnesia, or T.G.A.

Zuchowski had seen a couple of cases of this neurological oddity when she was in medical school in Syracuse, N.Y. But because it was such an unusual diagnosis, she had felt hesitant to suggest it. Still, she was fascinated by how, seemingly out of the blue, patients just forgot the past day, week or year. They don’t forget who they are or any of the basic skills they’ve acquired, like cooking or driving. But they can’t remember the recent past, and they can’t form new memories. This may explain why they so often ask the same questions over and over. The desire to know is there. The ability to hold onto the answer is not.

T.G.A. was first described in 1956. Why or even how it happens is still not understood. On average, people who experience it are in their 60s. The episodes of memory loss typically last from four to eight hours and are mostly resolved within 24 hours. After that, the ability to form new memories comes back, and memories of the past are restored. The patient, however, will never be able to remember his or her experiences during the hours of memory loss. The events that occurred during that time period were simply never recorded by their brains.

Emotional and physical stress are often associated with T.G.A. This man had been experiencing both: He was going through a difficult divorce, and he had been lifting boxes all morning.

Distinguishing a T.G.A. From a Stroke

How can T.G.A. be distinguished from a stroke? Both can initially show up on an M.R.I. But there are other clues — and Zuchowski thought that in this case, they pointed toward T.G.A. rather than a stroke. First, most strokes are associated with changes in how the body works as well as how the brain works. And those changes are usually limited to one side of the body. In this patient, the only symptom was the memory loss. He was examined many times, by many doctors. None noted any changes in the way his body functioned.

The second characteristic was the repetitive questioning over many hours. That’s rarely seen in strokes and frequently seen in memory disorders like dementia or T.G.A. To the neurologist who was asked to see the patient with the profound but transient loss of memory, this was a classic case of T.G.A. No further testing was needed. In cases in which the symptoms are not as typical, a repeat M.R.I. will show another difference. In a stroke, the lesion revealed by M.R.I. will still be there on the next scan. In T.G.A., the lesion will simply disappear — like the symptoms themselves.

The patient has completely recovered. He remembers everything right up to when he got out of the car at the grocery store. The next thing he remembers is finding himself in a hospital bed, listening to a bunch of doctors. It was as if he walked into the middle of a conversation; as if he were transported in time and space, from the parking lot to the E.R., instantaneously.

The patient is still anxious about his brief episode of amnesia. Why him? Why then? And he is worried that it could happen again. For up to 92 percent of patients with T.G.A., it’s a one-shot deal — it’s the other 8 percent that worries him. The only thing he knows for sure about this weird episode is that he’ll never know what happened in those few lost hours.