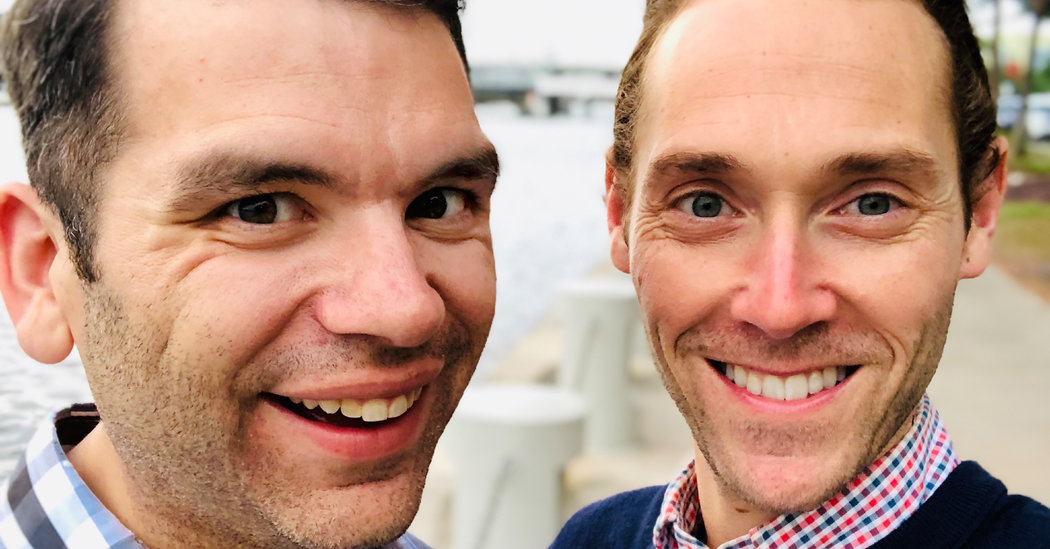 Mr. Athanas (left), 33, is a social studies teacher at McKeel Academy of Technology, a charter high school in Lakeland, Fla. He is also a product specialist at Apple in Brandon, Fla. He graduated from Catholic University of America and received a master’s degree in higher education administration from Northeastern. He is also studying for a master’s degree in educational leadership at Florida Southern College.

He is a son of Cheryl Barry Shanahan of Weymouth, Mass., and the late Andrew Athanas. His mother, who is retired, was a neonatal intensive-care unit nurse at Boston Medical Center. His father was a butcher at DelBene Meat Market in Boston.

He is the son of Melissa Saxe Rich and R. Bruce Rich of New York. His mother retired as an assistant district attorney in the trial division of the New York County district attorney’s office and later as an administrative law judge for City of New York. His father is a senior partner of Weil, Gotshal & Manges and a co-head of the firm’s intellectual property and media practice. He also chairs the board of directors of EL Education, a New York-based nonprofit education reform organization.

The couple met in 2015 through OkCupid.