Global Shopping With UNESCO as Your Guide 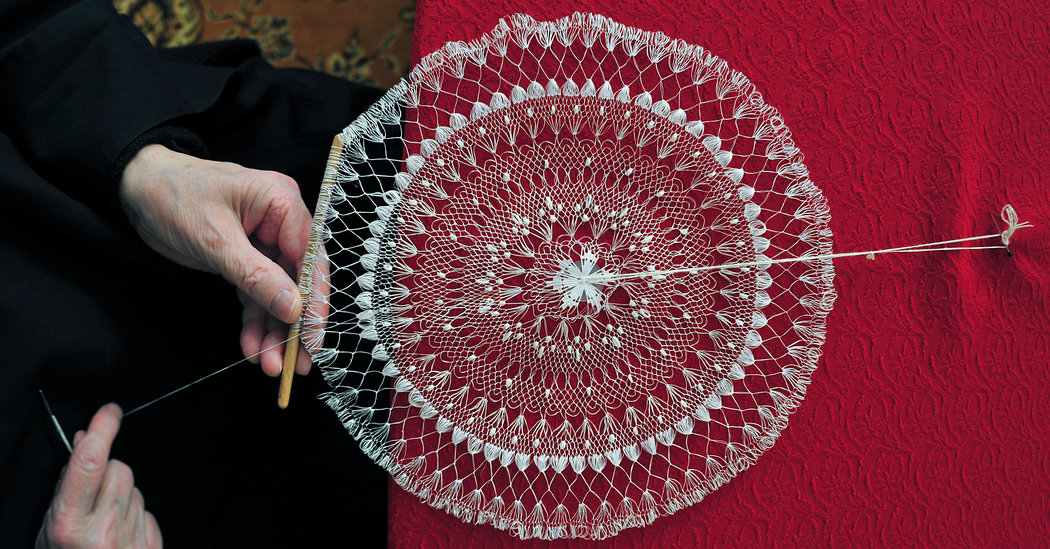 On a recent visit to Budapest, I stumbled across Karolina Gallery, a lovely pottery shop at 55 Andrassy Avenue, the city’s blend of the Champs-Élysées and Broadway. As a ceramics lover, I could not resist a few pieces crafted in the pottery-making tradition of Mezotur, a town in eastern Hungary known for its practical and decorative crockery since the mid-19th century.

The appeal was even greater when I realized the techniques employed in these pieces were on the country’s list of culturally important craft-making skills worthy of preserving and promoting for future generations. The list is created and overseen by the IntangibleCultural Heritage in Hungary Committee.

Intrigued by the designation, I learned through some research that many countries have such lists of crafts, ceremonies, oral traditions and practices considered influential in their histories. And each year, UNESCO (the United Nations Educational, Scientific and Cultural Organization) designates examples of intangible cultural heritage nominated from the 178 member countries.

Tim Curtis, the chief of the organization’s intangible heritage program, said, “The goal is to safeguard the social context, the meaning, the living heritage of established traditions that remain dynamic and are evolving, and to pass on the skills and practical knowledge to future generations.” The focus, Dr. Curtis said, “is on the process around the product, not the product.”

However, the country and international lists can help shoppers looking for arts and crafts that have historical significance. Hungary’s pottery-making tradition, including Mezotur’s, was nominated to UNESCO this year and will be assessed in late 2020. Only about three-quarters of roughly 50 nominations globally make it each year. But here is a sampling of some that have.

The embroidery of the Matyo community in North Hungary, characterized by floral motifs that decorate the traditional dress of the area, interior decoration and clothing, “is more than 100 years old and only exists in three regions: Mezokovesd, Tard, Szentistvan,” said Rozi Vaczi, the owner of Matyodesign, a contemporary fashion label she created to keep the Matyo culture alive.

“Matyodesign uses the oldest traditional Matyo patterns, but brings in new colors. Every piece is handmade by one of our 27 local artisans,” said Ms. Vaczi. “I wanted to provide work for the many talented ladies of the village, Matyo women who know the techniques, but as the culture faded” — and the embroidery’s popularity diminished — they “became undervalued,” she said. “At Matyodesign, they gain back the feeling that they are needed and their handwork is valued.”

Visitors can observe embroidering demonstrations, tour the local village of Tard “for an insider experience” of Hungarian country life, and design their own pieces. Products, available online and through 35 retailers throughout Hungary, cost about 17 euros, or approximately $19, for a scarf, $39 for a poncho and $299 for a made-to-order dress.

Agave lace, one of several distinct lace-making traditions in Croatia, is produced only by Benedictine nuns on the island of Hvar, who have been weaving it for some 150 years from thin, white threads obtained from the cores of fresh agave leaves. The decorative lace, typically given as gifts for weddings and baptisms — and to three popes — is a reflection of the order’s motto of “pray and work,” said Sister Viktorjia, one of six nuns who currently make it. “As one matures spiritually, it affects the process of lace making,” said Sister Ana, the head nun. Visitors to the Benedictine Convent’s museum can view and buy the lace for between €100 and €750.

When gingerbread making, credited to European monasteries during the Middle Ages, came to Northern Croatia, laymen took up the tradition. Today, each person decorates the surface of the gingerbread in a distinct way, often with pictures, small mirrors and verses or messages. The red licitar heart is the most common motif, often purchased as a keepsake or to decorate Christmas trees. Gingerbread products can be bought in Zagreb and surrounding towns and villages, like Samobor, in local shops and at the region’s many Christmas markets this time of year.

Puppetry in the Czech Republic

The art of puppetry includes performers, playwrights, costume makers, stage designers and hand-carved wooden puppets, and it’s not just for children. “Czech puppetry is based on the tradition of traveling puppeteers who operated in our lands since the 18th century,” said Simona Chalupova, the director of the Chrudim Puppetry Museum in Chrudim, “and were part of the self-awareness of the Czech nation.” Performances are abundant: There are nine professional puppet theaters and hundreds of independent and amateur groups. “In today’s digitalized society, we are increasingly appreciating one aspect of puppet theater in addition to aesthetics: It enables a real collaborative experience, a shared emotional experience of artists and spectators in one place and at one time,” Ms. Chalupova said.

Puppets are widely available in souvenir shops, and specialty stores like at the Chrudim Puppetry Museum, which sells small toy puppets and bigger, hand-carved ones based on originals from its collection. At the National Marionette Theatre in Prague, visitors can buy puppets at the gift shop, attend performances and make-your-own workshops, view old marionettes and tour the Art Deco theater from 1928.

Blueprint or Blue-dyeing in Central Europe

The technique of resist block printing and indigo dyeing involves applying a special paste to cloth using hand-carved wooden or metal blocks that can be hundreds of years old, with regionally inspired patterns and generic designs. Cloth is dipped in indigo-blue dye, while the paste prevents the dye from penetrating the design and keeps the patterned areas bright white in contrast. Many workshops are small and family-owned, and have passed down the knowledge and skills through generations. They often provide opportunities to tour, view printing demonstrations, make your own designs and buy items — from place mats and tablecloths to clothing.

Businesses that produce “Blaudruck,” the German word for the old method of textile printing, include Blaudruckerei Koó in Burgenland (near the Hungarian border) and Blaudruck Wagner in Upper Austria.

Two family businesses have kept this technique alive: Straznice Blueprint and Danzinger Blueprint, which operates in a workshop founded in 1816, using family secrets from the 16th century.

Active workshops include Blaudruckerei Folprecht, Blaudruckwerkstatt Pulsnitz andBlaudruckerei im Kattrepel, whose owner, Georg Stark, didn’t learn the craft from family, but became intrigued after college. After extensive research, he established his workshop in 1985 with four antique printing blocks borrowed from local museums. (He now owns some 1,100.) In modern times, machinery has destroyed the process and synthetic dyes have replaced natural ones, but this very traditional craft, he said, “is ageless.” Prices range from €36 for a linen pillowcase to €128 for a long, silk shawl.

Many truly intangible experiences, like the Mediterranean diet, avalanche risk management and beer culture in Belgium, are cited by UNESCO, and Viennese coffee house culture is on Austria’s national list of intangible cultural heritage. Some of the city’s cafes, ideal pit stops when tired shoppers (or companions) need a break, date to the 1880s.

“We don’t really know when or how the tradition began,” said Sigrid Pichler, the manager of public relations for the Austrian Tourist Office in New York. “We think the Turks left bags of coffee beans after the siege in the late 17th century, and the first coffee house opened soon after by an Armenian spy who was commissioned by the Viennese Court because he knew how to brew coffee.”