Exploring a Possible Link Between C-Sections and Autism 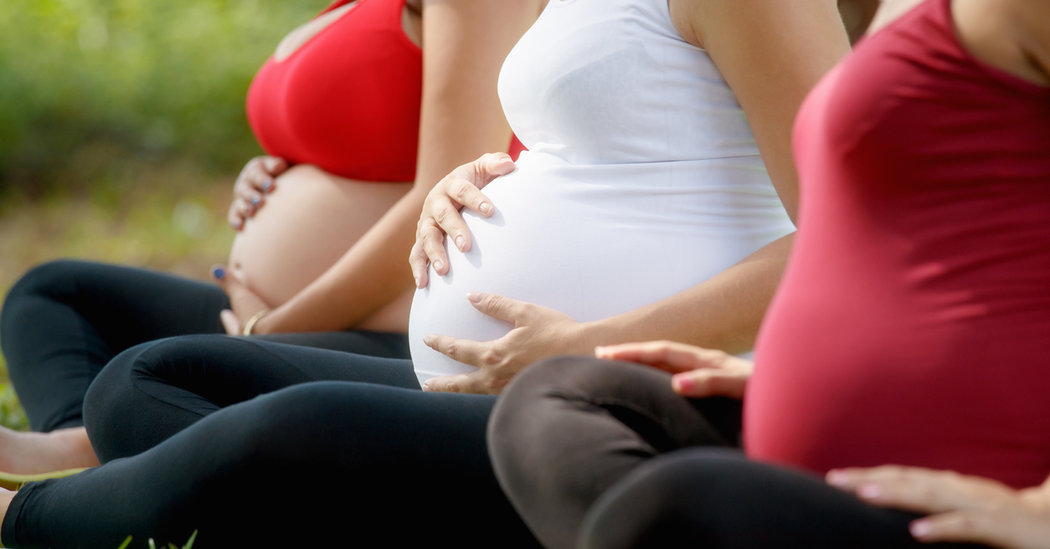 Cesarean delivery can save a baby — or a mother — at a moment of medical danger. However, cesarean births have been linked to an increased risk of various long-term health issues for both women and children, and a recent study shows an association between cesarean birth and the risk of developing autism or attention deficit disorder.

The study, published in August in JAMA Network Open, was a meta-analysis. It looked at data from 61 previously published studies, which together included more than 20 million deliveries, and found that birth by cesarean section was associated with a 33 percent higher risk of autism and a 17 percent higher risk of attention deficit disorder. The increased risk was present for both planned and unplanned cesarean deliveries.

The first and most important thing to say is that these were observational studies, and that association is not the same as causation. The children born by cesarean section may be different in important ways from the children born vaginally, and those differences may include factors that could affect their later neurodevelopment, from maternal health issues to developmental problems already present during pregnancy to prematurity to difficult deliveries.

If your child was born by cesarean section, there’s nothing you can do to change that, and knowing about this association may make you worry, while if you’re pregnant it may make you even more anxious about how the delivery will go. But the information about long-term associations and mode of birth should help to drive further research and understanding of how and why these associations play out.

Tianyang Zhang, a Ph.D. student in clinical neuroscience at the Karolinska Institute in Stockholm who was the first author on the article, said that earlier research had shown various associations between cesarean delivery and long-term health problems, including higher rates of obesity and asthma in children. This study looked at a range of developmental and mental health issues. Though it did find an association between cesarean delivery and autism spectrum and attention deficit disorders, it did not find significant associations with others, such as tic disorders, obsessive-compulsive disorders or eating disorders.

Dr. Aaron B. Caughey, the chairman of the department of obstetrics and gynecology at the Oregon Health & Science University, said that a number of different hypotheses have been advanced about what might cause — or contribute to — the associations between cesarean birth and long-term problems. But, he noted, the research is still very limited and difficult to carry out and constrained by the comparatively scanty research funding allocated to pregnant women and children.

In thinking about a possible mechanism for some of the long-term outcomes associated with cesarean birth, much attention has focused on the microbiome, and on the different gut bacteria acquired by babies who are born vaginally versus those who are born by cesarean delivery. During a vaginal birth, babies collect a range of bacterial fauna on their journey out of the mother. These differences could play a role in such conditions as obesity, asthma and diabetes, and further research might focus on their possible effects on neurodevelopment as well. Cesarean birth also means that babies are not exposed to the same mechanical forces and maternal stress hormones during labor.

There are marked regional differences in cesarean rates in the United States, which tend to be highest in the South, and lower in the Midwest and the West. In 2017, the overall rate was 32 percent, but there was a range from 22.5 percent in Alaska up to 37.8 percent in Mississippi. “There’s a number of things that drive cesarean rates,” Dr. Caughey said, including “patient preferences, practice patterns, the medico-legal environment.” Earlier studies have also found significant differences — in some cases as much as 10-fold — from hospital to hospital in the same area.

Still, Dr. Caughey said, efforts to reduce the cesarean rate in the United States seem to be having some effect. The rate peaked at 32.9 in 2009, he said, and is now going down, though slowly. Dr. Ana Pilar Betran, a medical officer in the department of reproductive health and research at the World Health Organization, said that the cesarean rate is increasing worldwide, not only in developed countries but also in low- and middle-income countries, and a growing proportion of the increase is for nonmedical indications. Brazil, the Dominican Republic, Iran and Egypt all have cesarean rates around 50 percent, she said.

A 2018 editorial in the British medical journal The Lancet titled “Stemming the global cesarean section epidemic” estimated that 6.2 million unnecessary cesareans are done every year, half of them in Brazil and China.

Everyone agrees that some cesarean births are absolutely essential, for the health of the mother, the safety of the baby, or both. And Dr. Caughey said that for an individual woman, a cesarean “shouldn’t feel like a crushing defeat.”

He suggested that pregnant women should talk through labor and delivery with their health care providers, certainly by the time they are in the second trimester. “By and large, most providers in this country are not looking to do more cesarean sections,” he said.

Thirty years ago, Dr. Betran said, “We weren’t even thinking of these other long-term effects, asthma, obesity.” Instead, those concerned with high cesarean rates were looking only at the mortality rates of mothers and infants and other short-term risks. Though cesarean rates of 10 percent or 15 percent meant significant drops in mortality, rates much higher than those do not necessarily save many more lives, though they might benefit children in other ways.

Looking at increasing cesarean rates around the world, Dr. Betran said, “there is no single cause for the increase.” Societies are changing in many different ways that can affect how babies are born. She was the lead author on a 2018 article in The Lancet that reviewed possible interventions, from supporting midwives and providing companionship in labor to reducing the financial incentives for cesarean birth and addressing concerns about litigation. Still, the article acknowledges that bringing down these rates has been challenging.

If you need a cesarean, you should have a cesarean: “It saves lives when used for medical indications,” Dr. Betran said. But in a world — or a country — where cesarean rates can vary so widely, we need to be thoughtful about how the operation is deployed, since there is no advantage to cesarean birth when those medical indications are not present, she said, “and it may influence the life of the mother and the child” in many ways, as these studies suggest, and perhaps in other ways which we haven’t yet imagined or investigated.

Many people who have children with neurodevelopmental issues (and other health issues) worry over causation, questioning genetic links, environmental exposures, pregnancy and birth history, and a long list of other possibilities. That’s why this kind of research — and the research that should follow from it — is so important. Such research can help tease out some of the underlying differences among the children, and begin to elucidate mechanisms, from the microbiome on, by which the details of a baby’s journey into the world can shape that baby’s life to come.

And let me say again, or let the author of the study say it: “Association doesn’t mean causation; we can’t say cesarean section is causing this,” Ms. Zhang said. “We did find the association, which means further studies are needed.” However, she said, “Women shouldn’t be hesitant about cesarean sections when they are medically indicated.”

Comedians Turn Their Attention to Abortion
24.09.2021
Latest
Go to Top