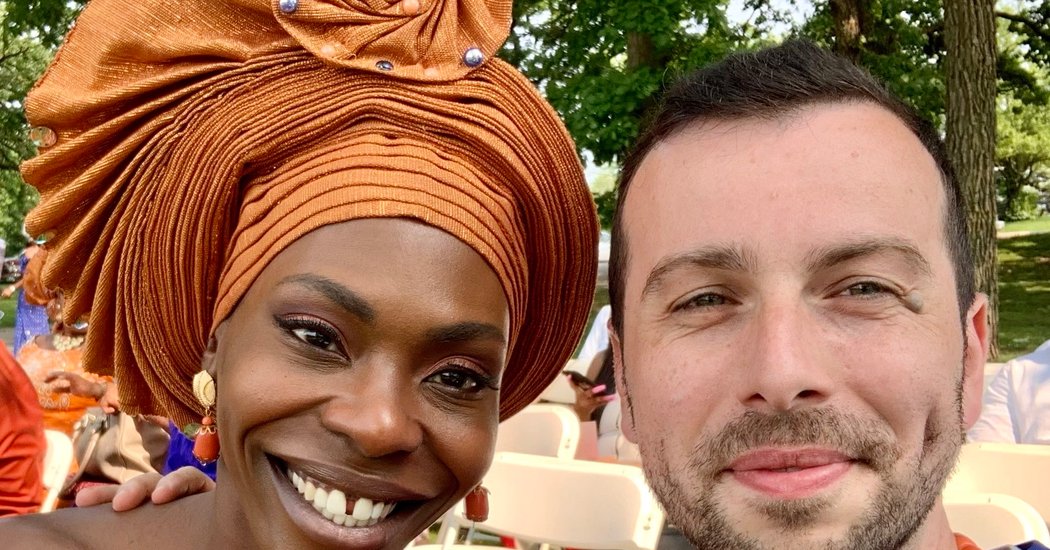 Ejieme Eromosele and Derek Adam Borchardt were married in a traditional Nigerian ceremony Nov. 15 in Irrua, Nigeria. Alhaji W.O. Momodu II, a justice of the peace and the highest royal authority for the Esanland region, led the ceremony at the Royal Palace.

Ms. Eromosele, 36, is a vice president of customer success at Snaps, a conversational marketing platform, based in New York, that powers chatbots, voice skills and social messaging experiences. She graduated from N.Y.U., from which she also received an M.B.A.

She is the daughter of Elizabeth I. Eromosele and Sunny R. Eromosele of Hillside, N.J.

The bride is a member of the royal family of Esanland, a part of the ancient Benin Kingdom.

Mr. Borchardt, 35, is an associate at Walden Macht & Haran, a law firm in New York. He graduated from University of North Carolina at Charlotte and received a law degree from Columbia.

He is a son of Edward K. Borchardt of Chapel Hill, N.C.