Does It Matter How Many We Are? 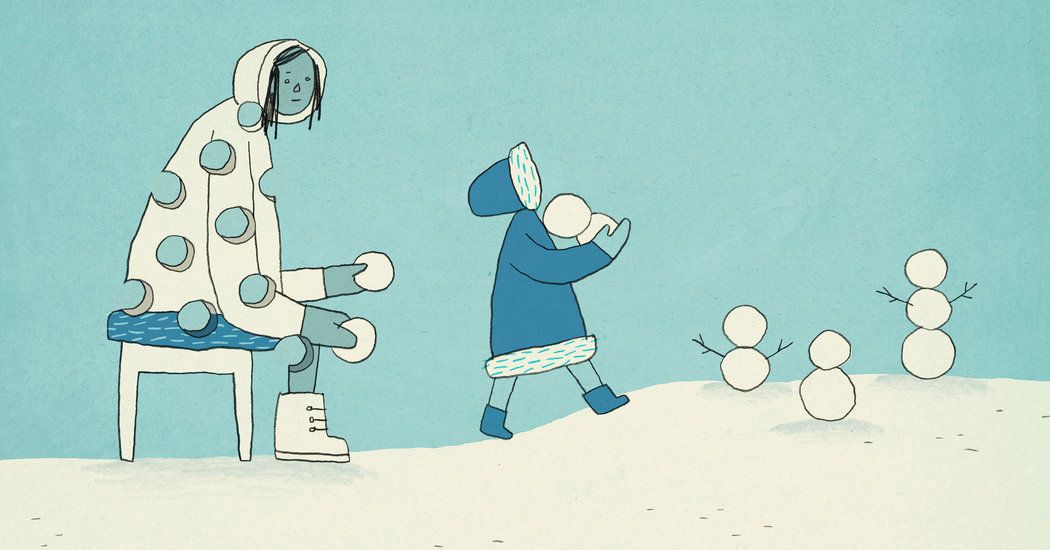 When my son was in third grade, I went to his school for a pre-Thanksgiving Day concert. I found a folding chair next to a fellow parent, a father with an easy laugh. We made small talk, looked over and around the heads in front of us to find our boys, shy and awkward, onstage. Eventually I asked, “Do you have others, or is he an only child?”

He paused. There was a tug in the air that most people probably wouldn’t have noticed. But I was raised in a family of loss and I knew what was coming: A sad story. A tragedy. His family’s was this: There was another child, a baby, who had died a few years earlier, just days after birth.

“I never know how to answer that question,” he said. “Do I say yes or no? Do I say we have one child or that we once had two?”

[Sign up for Love Letter, our weekly email about Modern Love, weddings and relationships.]

My father used to have the same trouble with that kind of counting. I remember the last time he struggled with this, when, at almost 85, with just six months to live, a new nurse asked him how many children he had.

My sister, Sheryl, had been gone for almost 50 years by then, having died at age 7, when I was 3. But my father was still turning it over in his head, doing the math, trying to make sense of the numbers.

“Do I say I have two daughters or that I had three?” he said to me. “There’s you and Linda. But there was also Sheryl. Even though she’s gone, she existed. Shouldn’t she be counted, too?”

Not only did my father count her, but he remained obsessed with her memory throughout his life. The narrative he shared almost compulsively — at weddings, on airplanes and at social events, with almost anyone who would listen — was how their first child had died at 7 from osteopetrosis, a rare genetic bone disease in which the bones are unusually dense and can break easily. In severe cases like Sheryl’s, it can be fatal.

When my father thought of our family, he would forever see three daughters. He wanted everyone to see all three. But as someone who was too young to remember much more than home movies of a trip to the institution where my sister lived, I had a slightly different version. Whenever I’m asked how many siblings I have, I always say, “I have one sister, and I also had another sister who died.”

It’s an imperfect explanation, one that elicits what feels like undeserved sympathy, which makes me uncomfortable, as if I’m trying to take credit for something I didn’t do. To clarify their confusion and mine, I add, “But she died when I was 3, so I never really knew her.”

It seemed like it was my parents’ loss, not mine. Which is why I didn’t count Sheryl: She never felt like mine to count.

I had my own way of doing our family’s math. There were the three black-and-white baby portraits on the wall going up the stairs to the bedrooms where only two children slept. There were four of us every night around the dinner table, not five. Unlike my father, when I thought of our family, I saw two sisters standing in the shadow of a third: a marble statue of a forever-child; a memory ossified.

Not counting Sheryl meant I didn’t have to face the actual math of subtraction, our 3 minus 1: that Linda was really the middle child, not the oldest; that if Sheryl had been born healthy and lived, my son would have had two aunts on my side. Which was strange, because normally I’m such a curious person, but with Sheryl I never wondered where she would have gone to college, what kind of work she would have done, if she would have married and had children. Not once have I imagined the sound of her voice, what she would have looked like, what our family — especially my long-grieving parents — would have been like if we had been five, not four.

I thought I was finished with the question of counting when I started my own family. But history has a way of repeating itself. Proof: My husband has a child from his first marriage, a daughter he had to leave behind in another city after his divorce. When he and I met, she was 7, Sheryl’s age when she died. The irony of meeting a man in the throes of missing his young daughter wasn’t lost on me; I knew what long-term mourning looked like.

In those early days, and in the years after our son Ben was born, we flew across the country to see her. A few times she came east for Thanksgiving or Easter; several times we met her in New York before she left for somewhere else. A handful of visits — few enough holidays, weekends, meals, hours to be counted, if I’d known enough to count — is what our long-distance relationship amounted to in numbers.

Absence can be as strongly felt as presence, and soon Ben, too, became obsessed with family math. He would stare at the snapshots I’d taken of his half sister holding him as a newborn: he in a tie-dye onesie, she in a matching tie-dye T-shirt. He would stare at the pictures of the two of them at his cousins’ country house taken a few summers later.

He didn’t want to be an only child. He wanted to have a sibling and be a sibling. He wanted to be part of a big family. He was also confused: At school when they made family trees, he never knew what to do, how many leaves to draw or cut out of paper and hang on the branches. More than once over the years he has said, “When someone asks me if I have any siblings, am I lying if I say I have a sister?”

“Of course you have a sister,” I would tell him. “Even if you rarely see her, and even if you feel like sometimes she doesn’t exist.”

By the time he was 8, the hole left in him from her absence defined him — almost all of his friends who had been only children were now older brothers to younger siblings and he was desperately lonely. Having another baby was a biological impossibility for me by then, so we took the advice of the friends and therapists and got a dog.

Lady, a deeply human Sheltie, changed our family equation from three to four. As our new plus 1, she sat in the back seat with Ben, required breakfast and dinner, and, as a puppy, needed to occasionally be picked up from day care. When first my mother, and then my father, got sick, each with a swift, lethal cancer, she kept me company during my darkest days. Now, more than ten years since she came to live with us, when I’m asked how many people are in our family, I say that my husband and I have a son and a Sheltie.

Which I guess means that there are three and we are five, even if one is someone we rarely see and another is a dog, though I don’t think in terms of numbers anymore. I’ve gotten tired of counting, of trying to do the math when it comes to the complex calculus of death and estrangement — whether you stop counting someone once they’re gone or keep counting them forever.

It’s that everybody counts, regardless of how long they were here or how well we knew them before they left or how and why they are gone. The shadows they cast, the holes they leave in us, it all counts. They matter just as much as those present do, like our two little boys that Thanksgiving Day over a decade ago, who were standing right in front of us.

This year, as I write this, I’m anticipating our first Thanksgiving without Ben, who will be in Chicago visiting his girlfriend. Our dinner reservation, at a nearby hotel restaurant, where we spent my father’s final holiday, will be for three — my husband and me and a close friend — but it will feel like four when, between courses, I text Ben my love and gratitude for this day, for this family, for this numberless life.

Laura Zigman, who lives in Cambridge, Mass., is the author of four novels, including “Animal Husbandry.” Her fifth novel, “Separation Anxiety,” will be published in March 2020.