Cleaning Up After My Brother’s Fatal Overdose 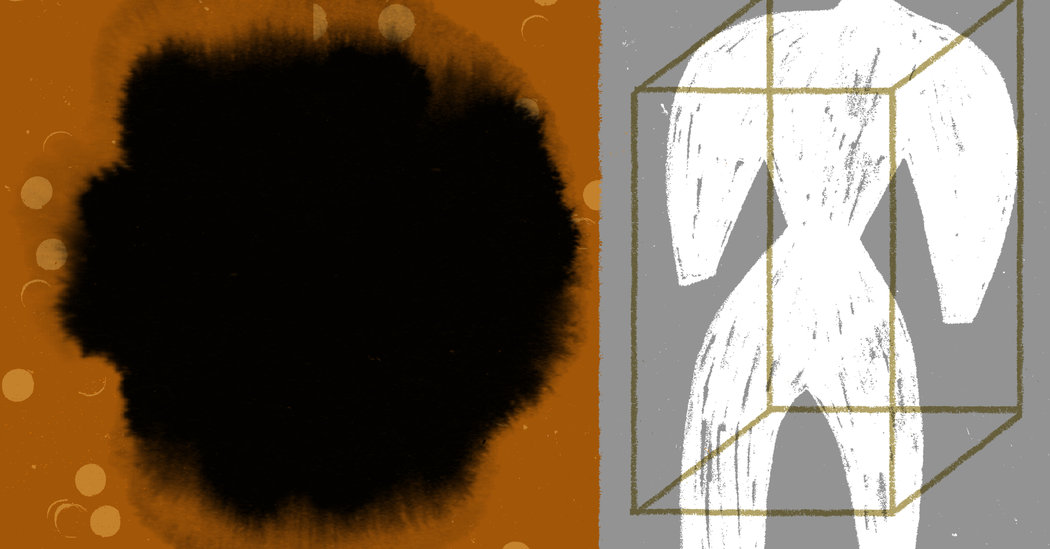 The last mark my brother made on the world was a bloodstain on a bathroom floor. He died of a fentanyl overdose, nearly one year ago. He was 35 years old.

His body was found in a rented room in the basement of a run-down house in Vancouver, where fatal opioid overdoses are now so prevalent they have reduced the overall life expectancy.

I hired a trauma cleaning company to remove the blood. It was expensive. I worked alongside the two cleaners to empty the 40-foot square suite that had been my brother’s home for just three weeks.

Later they sent me an invoice with the words “thank you for using our service” typed across the bottom of the page. Like so many other things in the days after my brother’s death, the words were difficult to accept.

I was able to fit all my brother’s possessions into my S.U.V. There were four garbage bags, a beat-up duffel and a scuffed suitcase. Mostly clothes, mostly dirty. I placed the tank with his pet gecko in it beside me on the passenger seat.

When my 2-year-old son first saw it, he stared in wonder.

“He needed a home,” I answered.

I was grateful that he was young enough to accept my answer.

The next day, I spoke with the detective who had been first on the scene. He told me that fentanyl had stopped my brother’s heart instantly. The blood on the floor was incidental, the result of the impact of his fall.

I agreed, though my understanding hadn’t come from my children. My brother had overdosed several times before on drugs that had been more forgiving than fentanyl but were still strong enough to knock him down.

The detective explained that a longtime heroin user had told him that fentanyl felt like the first time you tried heroin. So good, it doesn’t matter if you die.

Either way, it promised oblivion. I think my brother was willing to take the risk.

He told me once that the moment he tried meth, he knew he would never feel happiness like that again. He was right. Crystal meth, his drug of choice, robs its users of their dopamine receptors, meaning that their ability to experience joy is diminished or even destroyed. He was clean then but there was no disguising the longing in his voice.

It was difficult, but I returned his smile when he finished speaking. He had been sober for nearly two years. Looking back, that moment seems like the point in a horror movie when you think the monster is dead just before it rears back up to eat you.

He was leaning on the counter casually but I heard something in his voice I didn’t like.

“I had a drink last night. It was an experiment.”

My heart sank. That was five years ago. Over that period, he lost everything and then he died.

For years, I tried to help my brother. It mattered so much to me that he was safe. First, I wanted him to be a good husband to his wife and a good father to his three children. When his marriage ended, I focused on getting him to a place of mental and financial stability.

Once, I stayed up all night by his bedside in an emergency room when I was seven months pregnant. Another time, I brought my second child, then 2, into a large hospital, searching from open curtained bed to open curtained bed to find my brother. I would later learn that it was a ward for patients with multiple complicating issues like my brother who was battling addiction, mental illness and a traumatic brain injury from his most recent overdose.

It wasn’t a pleasant place. There were people who didn’t blink or swallow as they stared at us with a machine shoved down their throat. They lay on the beds without moving, as if the undertaker had forgotten to get them dressed for their own service.

The doctor asked my brother if he wanted to get clean. He shook his head.

“You know if you keep using, I can’t get you into a program,” the doctor said.

My brother nodded, which made me furious at both of them. He’s been to them all, I wanted to scream.

“So, what’s your plan?” the doctor asked.

His eyes were tired.

“I’ll just be more careful next time,” my brother said.

I knew I was watching someone play Russian roulette. I was so angry that he thought he would be able to stop himself from dying. Now I wonder if I misunderstood him completely.

Bright sides become different after someone you love dies in this way.

“At least we found him,” my father said on the phone.

“I’m grateful that we knew where he was. Because there were times when we didn’t and that would have been so much worse.”

I felt the same way. My brother had been living precariously since a deprivation of oxygen during his fifth overdose had damaged his brain. He could have died on the street and we might never have known. There are so many people dying here that sometimes their stories get lost, just like their belief in their own worth.

Still, a person doesn’t disappear from your life. Months after my brother’s death, I was playing cars with my 3-year-old son when he dug a battered toy from the bottom of the box and begged me to transform the rocket to a robot. Sadness scratched my throat as I slid its pieces into place. Its black paint had worn down to primer in some parts, but it was holding up well for its age. It had been my brother’s when he was a kid, which made it more than 30 years old. I remembered him playing with it when we were small. I could never have guessed it would be in my life longer than he was.

It’s difficult not to place significance on the few possessions of his that I kept. Six months after he died, I took almost all of his belongings to the dump and threw them into a yellow dumpster one by one. I should have done it sooner. The detective had warned me that each item I’d collected from my brother’s home could contain enough fentanyl to kill a person. But I kept the bags and suitcases in the crawl space of my home for months.

I think I wanted there to be something left of him in the world. After all, I had already employed a cleaning company to erase him.

Amber Cowie is the author, most recently, of “Raven Lane.”

Artificial intelligence identifies the tiger mosquito from photos in the Mosquito Alert
14.05.2021

Most pediatric spinal fractures related to not wearing seatbelts
14.05.2021
Latest
Go to Top