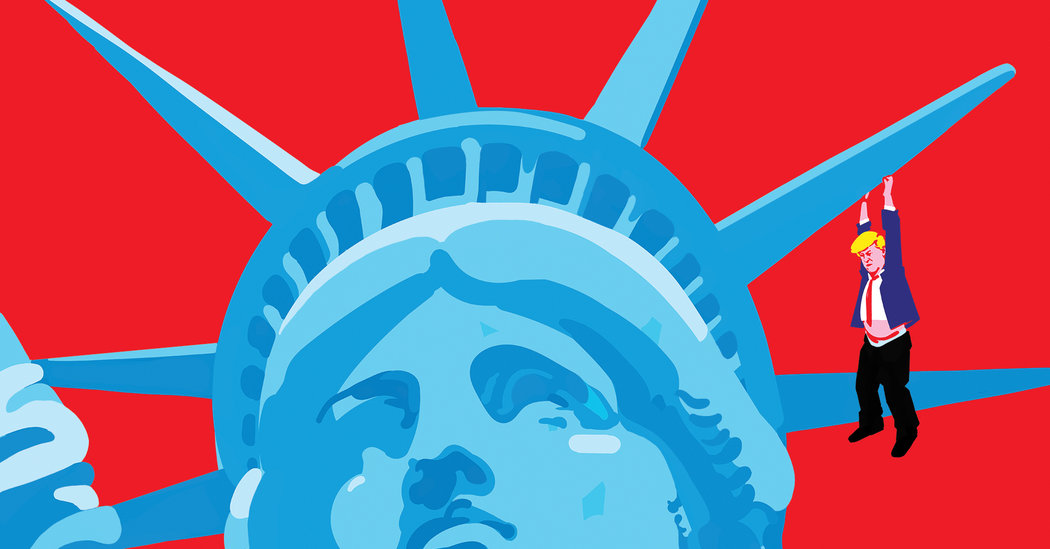 Last Friday, when Marie Yovanovitch, the former United States ambassador to Ukraine, appeared before the House Intelligence Committee, millions of people were watching. Perhaps you were one of them; the public hearings, after all, are the reality show everyone seems to be talking about these days.

Even if you weren’t tuned in, you may have seen the highlight reel or any of the many recaps, news analyses, hot takes and tweets that followed her appearance.

What you may not have seen is the fan fiction that Ms. Yovanovitch’s testimony inspired.

It centers on a student so glued to the hearings that she can’t do her homework. What’s worse, while she is trying to focus, a friend keeps sending her live updates. “There was no way Katherine was going to hand this paper in on time,” the author, who goes by the screen name pennysparrow, writes. “Not when the text had said: ‘I CANNOT BELIEVE WE’RE WATCHING REAL TIME VICTIM INTIMIDATION.’”

In just a few hundred words, the story gestures to the scare tactics, back-stabbings and patriotic displays that have given the public hearings a literary feel.

Before there were apps, gurus and social networks trying to close the partisan gap, there were stories. What easier way to get inside someone’s head than by writing that person into a novel? How better to understand public figures than by imagining their low-key crushes, petty rivalries and weirdest tics?

“The genre has the capacity to bridge our ferocious political divide,” said Thomas Mallon, a prolific author of Republican historical novels. “People come up to me and say they never expected to have any sympathy for Nixon, and then they read my book.”

The portrait of Richard Nixon in Mr. Mallon’s novel “Watergate” is softer than his depiction in textbooks. Readers get a glimpse, for example, of intimate exchanges with his wife, who calls him “pal.” Mr. Mallon has also written stories about Ronald Reagan and George W. Bush.

For some, political fan fiction tends toward the absurd. Aaron Fritschner, a congressional press secretary on Capitol Hill, tweeted out a story in which party leaders duel, Steve Bannon whips out a mace and chain, the former environmental administrator Scott Pruitt falls through a trap door, and (spoiler alert!) the president is revealed to be a zombie robot.

Political fan fiction is nothing new; for as long as people have told stories, we’ve also told stories about those stories. Anne Jamison, an associate professor of English at the University of Utah and the author of “Fic: Why Fanfiction Is Taking Over the World,” said that amateur authors turn to politics when they want to make clear statements about power and personality.

“It’s a way of critiquing or undermining public figures in a kind of visceral way,” Ms. Jamison said. “With sexually explicit materials, it’s often a comment on power dynamics.” The genre is also, she said, emerging from the underground as “a mainstream way of people engaging and commenting on politics.”

Mr. Mallon’s foray into political fiction began in 1960, when John F. Kennedy was running against Richard Nixon in the first election made for TV. His fourth-grade classmates were drawn to the classic Kennedy charm, but he was more interested in figuring out the “interior life” of the shyer candidate.

“I’d listen to tapes of him late at night,” Mr. Mallon said. “There was a weird intimacy to it. You’d learn the craftiness of his mind.”

A review of popular fan fiction archives like Archive of Our Own (AO3) and Fanfiction.net shows the political genre has grown explosively in the last year, said Amber Davisson, an associate communications professor at Keene State College.

One popular story imagines sexual tension between Senator Elizabeth Warren and Hillary Clinton. In another story, the protagonist shares an apartment with Representative Alexandria Ocasio-Cortez and comforts the congresswoman after a long day on Capitol Hill. Others are less tender: One personifies America as a man punching Barack Obama in the face.

Andrew Shaffer, the author of a series of fan-fiction books on Mr. Obama and former Vice President Joe Biden, said the last two administrations have blurred the line between celebrity and politician. We have come to see ourselves less like discerning voters guided by policy and more like crazed, emotional fans, he said.

Amanda Savitt is the author of a 36,000-word story that opens with Steve Rogers, better known as Captain America, listening to a radio segment about the repeal of Obamacare. He calls his friend Bucky Barnes to vent: “God, I need this stuff, all of it, and it’s not cheap. Insulin, test strips, insulin pump supplies — just for my diabetes it’s gotta be more than $25,000 a year.”

For Ms. Savitt, the topic was personal. She, like her fan fictional hero, is diabetic. Plagued by nightmares about the repeal of the Affordable Care Act, she posted her fiction on AO3. Notes started pouring in from readers similarly anxious about their insurance, including one who said they married a friend for coverage.

“So many of us had similar fears about losing access to medical care,” Ms. Savitt said. “With all this uncertainty it was nice to be able to feel some solidarity.” She started writing in the weeks after Donald Trump took office in 2017.

Ms. Davisson said that some fan fiction writers use their work to explore events that feel improbable in the current political climate. One story features Pete Buttigieg strolling through the White House with his husband, Chasten. To Ms. Davisson, this shows how “fans are trying to reimagine the presidency as if it wasn’t heteronormative.”

Flourish Klink, the host of the podcast “Fansplaining,” said: “Fan fiction is about loving something and then realizing over time that the stuff you love in it isn’t necessarily what the original writer loved about it.” In that sense, it’s not unlike patriotism — you find something to hold on to in your national story, even when you feel you’ve lost the plot.

But Mr. Mallon said that political news is becoming so dramatic and fast moving that it no longer makes for rich story material. “My books were the original ‘fake news,’” he said. “But these days, it’s very difficult to tell reality from fiction.”