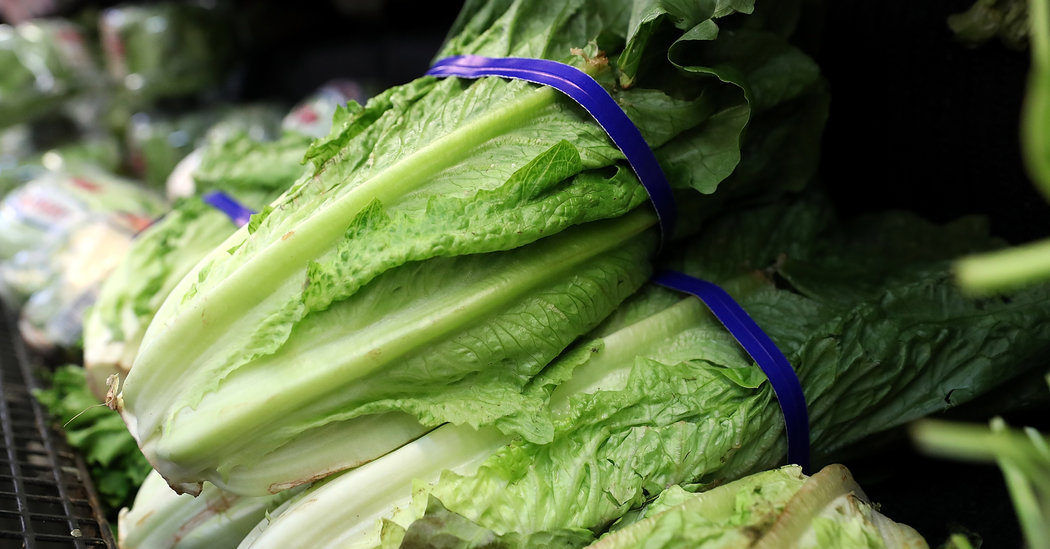 The Centers for Disease Control and Prevention said Tuesday that it had identified 27 more people who were ill from the recent outbreak of E. coli infection linked to romaine lettuce from Salinas, Calif., bringing the total number of reported cases to 67.

The C.D.C. reported no fatalities but said the outbreak affected 19 states, up from 16 on Friday, and resulted in a total of 39 people being hospitalized, up from 28. Six people also had developed hemolytic uremic syndrome, a type of kidney failure, according to the agency.

The strain involved in the current outbreak, known as E. coli O157:H7, produces a Shiga toxin that causes vomiting, diarrhea and stomach cramps. The C.D.C. linked the current outbreak to the same strain of E. coli that caused outbreaks linked to leafy greens in 2017 and to romaine lettuce in 2018.

Consumers between the ages of 3 and 89 years became sick between Sept. 24 and Nov. 14, according to the C.D.C. A majority of those infected were in Wisconsin, Ohio, California and Maryland.

While most people can bounce back within a week, some infections can be severe and life-threatening, according to the agency.

To avoid infection, the C.D.C. has been advising consumers, retailers and eating establishments not to eat, sell, ship or serve any romaine lettuce harvested from the Salinas, Calif., growing region. This includes prepackaged lettuce, hearts of romaine, spring mixes and organic romaine. The agency also advised consumers to abstain from eating romaine lettuce or packaged foods if a product’s label does not indicate the growing region.

The C.D.C. and the Food and Drug Administration, along with state public health officials, are investigating the multistate outbreak.

The F.D.A. said in a statement Tuesday that any romaine lettuce harvested outside of the Salinas region “has not been implicated in this outbreak investigation.”

It also said hydroponic or greenhouse-grown romaine did not appear to be related to the current outbreak, adding, “There is no recommendation for consumers to avoid using romaine harvested from these other sources.”