Black Friday 2019: What You Need to Know 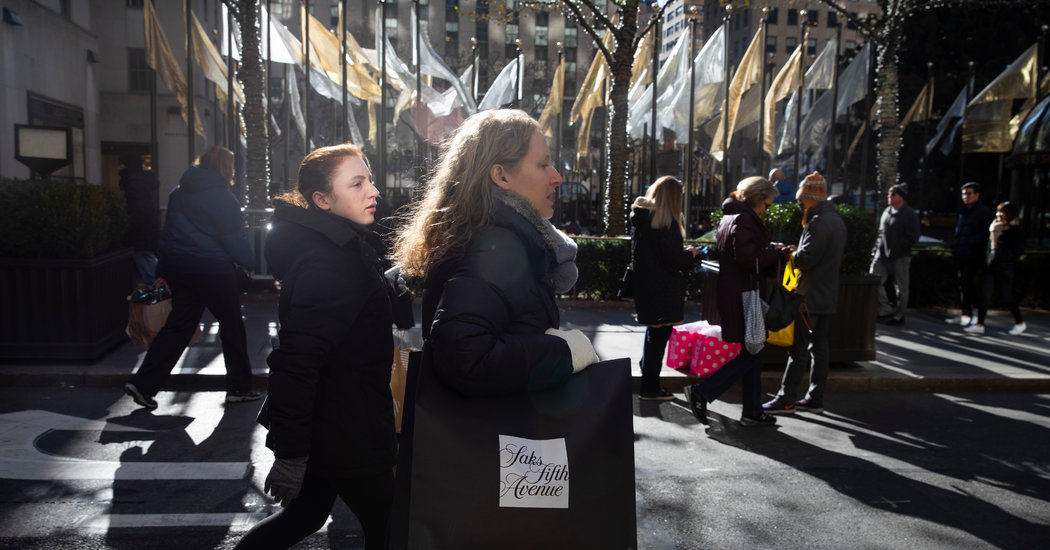 In the age of e-commerce, Black Friday can feel like an anachronism. But don’t be fooled. The Friday after Thanksgiving remains enormously important — at least symbolically — to the retail industry. And millions of shoppers will still be out in stores, working off that turkey and stuffing by racing to find the best deals.

Many others will simply stay at home, content to cruise the internet to do their shopping. Whether it’s in stores or online, our reporters will be covering it here, with a little help from our friends at The Wirecutter.

It’s hard to think of a better time to be a shopper. There’s one-day delivery, online purchases with in-store pick up, even $17 cocktails served while you shop for shoes.

Retailers are trying to be all things to all shoppers, but it is proving to be a tough and, some say, unsustainable way to run their business. The more money retailers invest in new initiatives to boost sales, the more their profit margins seem to shrink.

Amazon is driving a lot of this pain, as old-school retailers try to catch up with the online giant, which sets the standard for speed and convenience.

Let’s get real: Black Friday shopping, online and in stores, really starts on Thanksgiving and lasts all weekend. So it will be awhile before we know how the retail sector did this year. But one early indicator was positive: Shoppers spent $4.2 billion on Thursday, about 14.5 percent more than on Thanksgiving 2018, according to Adobe Analytics.

Adobe, which tracks purchases made on thousands of websites, said the top-selling items online were toys and products affiliated with the movie “Frozen 2,” L.O.L. Surprise dolls and toys, Amazon Fire TV products and Apple laptops.

Separately, the software company Salesforce projected that online sales would reach $7.4 billion in the United States on Friday alone, about 16 percent more than last year, and $40 billion globally, about a 24 percent increase.

The company found that more people had started their Black Friday shopping early by looking for deals online on Thanksgiving, and 60 percent of those digital orders were placed on mobile phones.

At Costco, the website was slow so the store extended one-day online deals intended for Thanksgiving into Friday. “The website is currently experiencing longer than normal response times,” Costco wrote in a banner across its home page. “We apologize for any inconvenience.”

Hoping for Gucci in the bargain bin? You’ll have to wait a bit longer.

When Barneys, the iconic Manhattan department store, was sold for pieces last month, it marked the end of an era in New York retailing. It also set the hearts of consumers racing, as talk of an unprecedented liquidation sale swirled. What sorts of deals could be had on cashmere? Would Gucci be in the bargain bin?

Alas, consumers have since been disappointed. Barneys’ liquidators — led by B. Riley Financial’s Great American Group — have largely limited the discounts to just 5 percent or 10 percent off the chain’s luxury wares. Twitter has been rife with incredulous shoppers. “I just checked out Barneys New York closing down sale and socks are $97,” one user wrote. Another remarked that they needed more than 10 percent off, noting, “This is like a rich folks sale.”

This week, however, B. Riley said it would deepen discounts at Barneys beginning on Wednesday, for an average of 30 percent to 35 percent off items throughout the weekend. It promised additional promotions for in-store shoppers. There’s a chance that will spur sales — though shoppers may continue to wait for even bigger discounts during December, as the liquidators will have to offload all of the inventory at some point.

Some shoppers are done already

People who get an early jump on their holiday shopping inspire both envy and awe, and there has been even more early shopping this year.

During the first week of November, consumers had completed 24 percent of their holiday shopping, according to a survey by the National Retail Federation. It was the highest level in the history of the trade group’s survey, and up 16 percent from a decade ago.

For the retail industry, it means that the all-important holiday shopping season is getting longer, and Black Friday’s importance is increasingly fading.

How to not get fooled by bad tech deals

Black Friday offers an avalanche of tech sales, and many aren’t worth your time, either because of the quality of the item or a discount that isn’t very exciting.

TV doorbusters, for example, are usually filled with low-quality, off-brand products, or even stripped-down models from top brands that are only available for the holidays. But that doesn’t mean all TV deals are bad deals. The Wirecutter Deals team has found large high-end models from last year at a bargain. We’ve also seen nice discounts on well-regarded midrange sets for everyday viewing or gaming.

While many people are hoping to snag Apple products for a steal, only select product lines are exceptionally priced. Surprisingly, some of the newest models are being discounted, though the reductions are meager. The best deals we’ve seen have been on older model watches. In general, you’re more likely to see discounts on Apple tablets and accessories from big box stores, but if you see a too-good-to-be-true price from a third-party site, it’s likely a refurbished unit with a shorter warranty and no quality guarantee.

In the world of gaming, consoles, controllers and subscription plans have seen strong discounts, as have tech accessories like wireless mice and keyboards. But before you get swept up in the hype and marketing language, we always suggest comparison shopping to ensure you’re getting the best deal on the best products.

Black Friday in France: Sales and a backlash

Thanksgiving is just another Thursday in Europe, but Black Friday is a bone of contention: embraced by some and rejected by others as an alarming invasion of American consumerism.

Black Friday sales can be found in many countries, from small stationers to major chains to car dealers. In Britain, many retailers, like John Lewis & Partners, a source of appliances and furniture, started offering Black Friday discounts days ago. Curry’s PC World, an electronics retailer, has a “black tag” event claiming savings of up to 50 percent.

On the rue Vieille du Temple in the Marais district of central Paris, nearly every boutique within a one-block stretch is plastered with signs promoting “Black Friday” in English. While France has been slower than other European countries to join the trend, retailers forecast 6 billion euros in sales this year around the event.

In some cases, something is lost in translation. In Germany, the “Friday” is often dropped in signs promoting a “Black Sale” or “Black Week.”

But a backlash has been gaining steam. In France, lawmakers this week proposed to ban some Black Friday promotions starting next year, citing misleading pricing tactics and the rising environmental cost from the delivery of millions of packages.

Élisabeth Borne, the French environment minister, warned of “a frenzy of consumption” in which people are encouraged to buy products they don’t need.

“We need to consume better, not more,” she added.

Parisian authorities also asked the government to allow cities to slap a so-called eco-tax on Amazon and other delivery platforms to make e-commerce players pay for pollution and rising delivery traffic.

Protesters from the Extinction Rebellion movement and other environmental groups held “Block Friday” demonstrations throughout France. Many of the events were aimed at Amazon, with some banners saying “No to Amazon and its world.”

Is a short holiday season ‘the fright before Christmas’?

How did the week of Thanksgiving become so entwined in consumerism?

It may have started with Franklin D. Roosevelt. The 32nd president of The United States was so eager to jump-start the economy in 1938 that he moved the holiday’s official date up a week in order to create more shopping days between Thanksgiving and Christmas.

It was a bold move — and unpopular. The nation had been celebrating Thanksgiving on the fourth Thursday of November ever since Abraham Lincoln declared the day a federal holiday following the battle of Gettysburg.

Roosevelt reversed course in 1941 and returned Thanksgiving to the fourth Thursday of the month, where it remains.

The holiday’s late arrival this year is worrying retailers since it means there are 26 shopping days before Christmas, six fewer than last year.

The abbreviated shopping period is one of reason Morgan Stanley analysts labeled their 2019 holiday retail outlook “The fright before Christmas” and are expecting a less than stellar shopping season.

Black Friday may be known as the raucous kickoff to gift-giving season (especially this year, as Christmas and Hanukkah overlap), but some people aren’t actually shopping for loved ones.

Instead, Wirecutter readers’ lists seem squarely rooted in everyday products. Some of the items our readers have asked us to look out for deals on: baby gates, electric toothbrushes and a garage door opener. And the retailers know this. The Wirecutter Deals team has found excellent pricing on everything from shower curtains to fly traps to computer cables that don’t exactly scream gift. Though, perhaps, nothing says “I love you” like a dongle.