Before ‘The Crown,’ Revelations About the Actual Crown 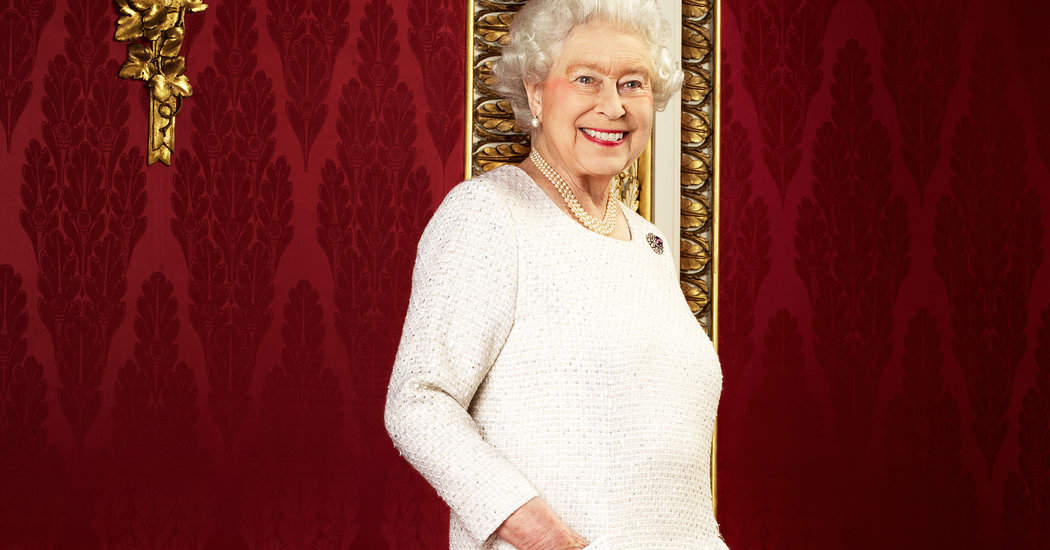 This is a halcyon time in royal fashion. The Duchesses of Cambridge and Sussex — Kate Middleton and Meghan Markle — set trends and sell products as never before.

Tabloids and Vogues alike hang on their every clothing choice, parsing the messages sent: about sustainability or diplomacy, affordability and British industry. Devoted websites list how to get their looks.

Just last weekend there they were, in black Alexander McQueen and Stella McCartney coats, modeling a modern approach to the monarchy at Remembrance Sunday.

Yet while we tend to label our fascination with every item they wear as part of the Insta-condition, a symptom of influencer culture and an increasingly visual world, really, it was ever thus.

Long before the two duchesses came on the scene, the Windsor family was well aware of the impact their clothes could have, and how effectively they could be used to communicate a value system in the absence of any actual communication.

When it comes to image making, they are not our id, but rather our ego: dressing themselves in the myths and messages they want to make, with the queen herself — a woman often portrayed as the stiff-upper-lipped preserver of tradition — leading the way.

This is part of the point of “The Crown,” Peter Morgan’s addictive hothouse reimagining of the second Elizabethan age, which begins again Sunday on Netflix with a new cast (hello, Olivia Colman as QE2) and new costume designer, Amy Roberts.

The drumroll has been building for weeks. Hands are being rubbed in anticipation of what we may see: Elizabeth in full pastel-suited flower! Princess Anne’s 1970s minidresses! The eye-popping color field of pink, chartreuse and blue displayed by the royal women at Prince Charles’s investiture.

Not to mention the hats. The clothes are so much a part of the characters that 40 looks from Season 1 and Season 2 have been given a museum show: “Costuming the Crown,” on view at the Winterthur museum in Delaware through Jan. 5.

But for real intel, the show can’t come close to “The Other Side of the Coin: the Queen, the Dresser and the Wardrobe” by Angela Kelly, a book released late last month.

Though it looks, at first glance, like the sort of soft-focus souvenir publication found in the shops of tourist destinations — more than a pamphlet, less than a coffee-table book — “The Other Side of the Coin” turns out to be a surprisingly subversive sort of memoir, one flirting with the form of a tell-all: about clothes, sure, and little gossipy tidbits (the best way to polish diamonds is with gin and water; Ms. Kelly breaks in the queen’s shoes by wearing them first). But it is also about the way a woman who inherited a set of highly defined protocols and expectations has been carefully, and gradually, stretching them into new shapes over time.

Ms. Kelly became the queen’s dresser 25 years ago and has since been promoted to Her Majesty’s Personal Adviser and Curator, a hefty title that reflects the fact that each piece of clothing and jewelry is viewed as a piece of history, with all the portent that implies.

Ms. Kelly also designs many outfits for the queen, who may require up to five changes a day, and has a team of nine, including three assistant dressers and an in-house milliner. (This is Ms. Kelly’s second book, after “Dressing the Queen: the Jubilee Wardrobe” in 2012.)

And though it has long been known that the queen tends to dress head to toe in one color so that she — a relatively short woman — is easy to spot in a crowd and on TV, it turns out her agenda is a lot bigger, and more unexpectedly contemporary, than that.

Fashion diplomacy, for example? That much-discussed strategy of first ladies and other public figures in recent years? It has been a component of state visits as a matter of course, be it strewing the shoulder of an evening dress with Swarovski-speckled maple leaves for a visit to Canada in 2010, covering a dress in shamrocks for a trip to Dublin in 2011 or wearing bright green to Belfast in 2012.

(An exception to this kind of conscious color curation: a periwinkle blue hat speckled with matching flowers with yellow seed pearl centers worn to the opening of Parliament in 2017, which got viewers excited as it seemed a covert gesture of support to the European Union in the face of Brexit. Not so, apparently; Ms. Kelly just liked the color combination.)

Ditto shopping her closet: The queen will wear an outfit in public at least two to three times, after which Ms. Kelly and her team “modify it” for further use. Often they use fabric given to the queen as gifts by foreign dignitaries, or kept in the stockroom for years.

Not to mention animal rights. At 93, the queen is going fur free. According to Ms. Kelly, from now on she will be swapping real fur for fake.

See, for example, a coat Ms. Kelly made for the queen to wear on a tour of Slovenia and Slovakia in 2008. Originally it was trimmed in mink, which will now be replaced by a synthetic pelt. (This caused such a furor that the palace later qualified it by noting that most real fur garments in the royal wardrobe will be left as is; the change applies to new clothes.)

All of these mini-revelations, of course, come with the queen’s blessing (unlike “The Crown,” in which the royals are not involved). That makes it hard not to suspect she has a vested interest, at this time of heightened royal dress-watching, in getting credit where credit is due.

There is a reason, after all, that Ms. Kelly can tell the story of how she convinced the queen to wear a hat backward (radical!) so it didn’t overshadow her face during a trip to Kuala Lumpur in 1998. A reason Ms. Kelly was allowed to include a previously unseen “photo shoot” that took place during the writing of her first book.

The photos, taken by Barry Jeffery, feature the queen in a white tweed shift, hands in her pockets, slouching like a fashion model and grinning.

One picture from the shoot ended up on the cover of “Dressing the Queen,” but it had been cropped to hide her hands and pose for fear it would “bring the monarchy down” (or so publishers thought, according to Ms. Kelly).

Not anymore. And that suggests that her granddaughters-in-law, rather than breaking the rules they inherit, are actually following in her footsteps more than previously understood. They’re just doing it in a more shoppable way.

Something to consider, while binge-watching Netflix or scanning the latest royal family paparazzi photos from the holiday season.