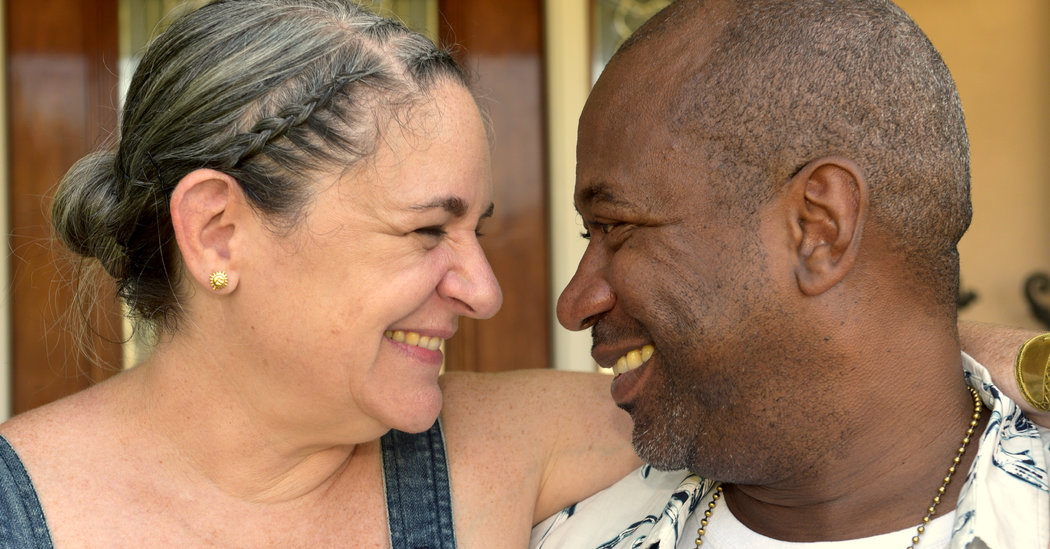 Ann Marie Coviello and Marc Anthony Lyons were married Nov. 23 in an outdoor ceremony at Congo Square in New Orleans. Sula Janet Evans, a friend of the couple who became a Universal Life minister for the event, officiated.

She is a daughter of Nancy Prete Leavy and John C. Leavy of Oak Park, Ill. The bride’s father, who worked in Northbrook, Ill., retired as the director of statistical research at AC Nielsen, now known as the Nielsen Corporation, a global marketing research firm based in New York. Her mother is a real estate agent at Better Homes and Gardens Gloor Realty in Oak Park.

The groom, 48, is studying for an associate degree in computer science at Delgado Community College in New Orleans.

He is the son of Raymond E. Lyons of Abbeville, S.C., and the late Adele Lyons, who lived in the Bronx. The groom’s’ father retired as a motorman for the Metropolitan Transportation Authority in New York. His mother was a registrar at New York Hospital. The groom is also the stepson of Cecelia Lyons, who retired as a registered nurse at Harlem Hospital in New York.

The couple’s reception took place at the Maple Leaf Bar in New Orleans, where they met 23 years ago, when Mr. Lyons — “the friendly guy with dreadlocks,” as Ms. Coviello called him back then — was the bar manager and Ms. Coviello a regular. She particularly enjoyed Tuesday nights, when the Rebirth Brass Band played there, a scene that usually included Mr. Lyons pouring drinks at the back bar while chatting with other patrons, including a mutual friend.

Years later, that same mutual friend reintroduced Ms. Coviello and Mr. Lyons at a parade in New Orleans, and they became friends. Two years into their friendship, they visited Santa Fe, N.M., together, and by the time they returned, had fallen in love.