All In on a New Two-Player Game 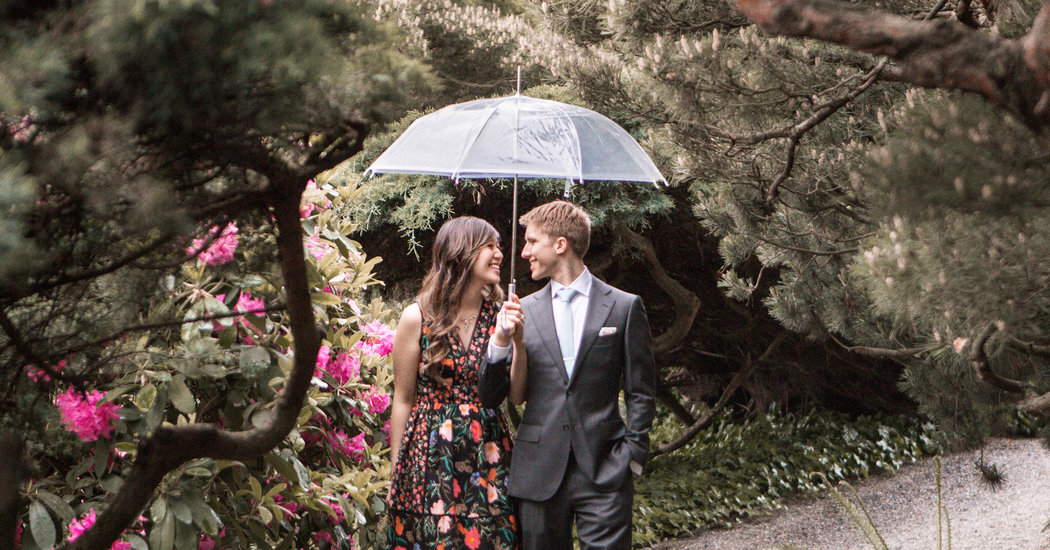 Dr. Diana Zhong and Benjamin Goldsmith Morgan were married Nov. 15 on the 41st-floor rooftop lounge of the Cirrus apartments in Seattle. Fidelia E. Shaw, a friend of the couple who became a minister with American Marriage Ministries for the event, officiated. The couple are to have a second ceremony, on Aug. 15, at Paliku Gardens at Kualoa Ranch in Kaneohe, Hawaii.

She is the daughter of Zhili Zheng and Wayne S. Zhong of Gaithersburg, Md. The bride’s father is a patent examiner at the United States Patent and Trademark Office in Alexandria, Va. Her mother is a biologist at the National Cancer Institute in Bethesda, Md.

Mr. Morgan, 28, is a software engineer at Amazon in Seattle. He graduated from the University of Washington, where he also received a master’s degree in electrical engineering.

He is the son of SaraKatherine Goldsmith and Victor M. Morgan of Bellevue, Wash. The groom’s mother retired as an electrical engineer at Puget Sound Energy in Bellevue. His father, also retired, was a union relations manager at Boeing in Seattle.

When Dr. Zhong first moved to Seattle, in June 2016, she met two new friends who were designing a board game called Fantastic Factories. Three months later, they invited her to the annual PAX convention in Seattle, a series of gaming-culture festivals involving tabletop, arcade and video gaming, originally known as Penny Arcade Expo, where a small contingent of board-game designers showcase their creations.

While there, Dr. Zhong also played a board game called Emergence, and met two of its three lead designers.

The next year, the Coffee Meets Bagel dating app algorithm matched her with a man from Seattle named Benjamin Morgan, who turned out to be the third lead designer of Emergence.

“I look at the profile, and the first thing I see is this cute boy holding up the Emergence box,” Dr. Zhong said. “I wrote to him in an instant said, ‘Hey, I know that game, I played it and I really enjoyed it.’ I was so excited.”

As was Mr. Morgan. “I couldn’t believe it; what were the odds that she had seen my game?” he said. “She was beautiful and seemed so interesting and intelligent, I couldn’t wait to meet her.”

When he told her as much, she told him he would have to wait a month, as she was leaving for Anchorage the next day to complete a one-month rotation at the Alaska Native Medical Center.

“I thought she was telling me some story just to get rid of me,” he said. “I didn’t think I would ever see her again.”

But in the ensuing days, when she began sending him photos of the aurora borealis and of her playing with husky sled dogs, he eventually believed she was telling the truth.

For the duration of the trip, they spoke on a nightly basis via video chat.

“We really got to know each other as friends first,” Mr. Morgan said.

When Dr. Zhong arrived back in Seattle, in February 2017, she and Mr. Morgan began dating, though their first date, at a restaurant in Seattle, got off to a slow start. “There was a 45-minute wait for a table,” Dr. Zhong said.

They decided to kill some time at a bookstore across the street, and began a lively conversation in which they learned that they shared the same birthday (May 15), the same level of enthusiasm for video and board games, and the same sense of humor.

“Benjamin is the most kindhearted person I have ever met,” Dr. Zhong said. “He’s not only handsome and intelligent, but he’s genuine and kind, which are qualities you do not always find in other people.”