A Visit to the Head Spa 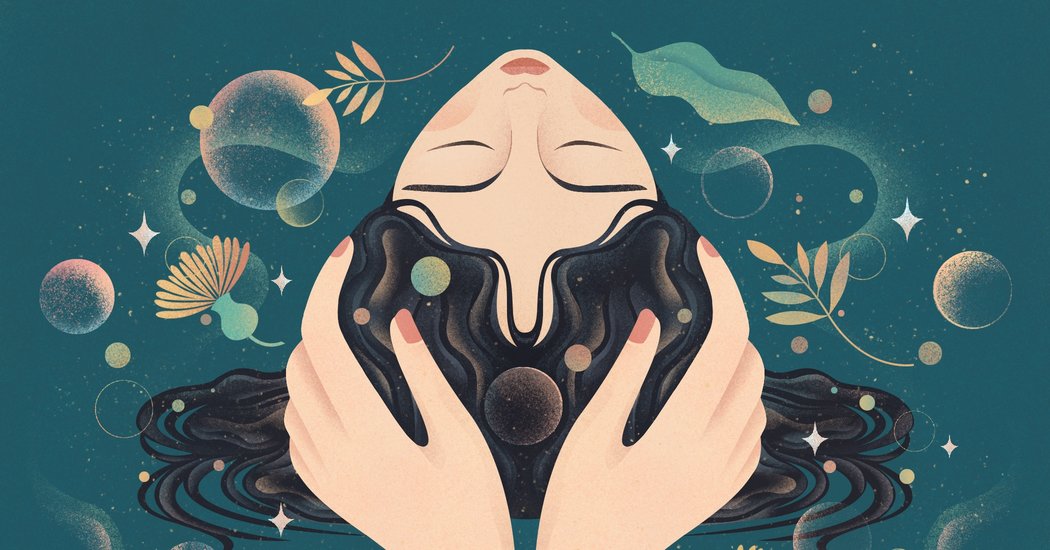 I don’t believe there is such a thing as a bad facial or a bad massage.

I’m sure horror stories — or just ones that end in breakouts — exist, but I’ll happily submit to any treatment that requires passive lounging, my phone in another room, while someone slathers on balms and kneads my skin. I would do it every day if I could.

So when I heard about a treatment from Japan known as “head spa,” I had to try it. It’s a facial for the scalp and hair, and it’s making its way to the United States. It promises to reduce product buildup, the effects of pollution and even frizzy hair.

The head spa service at Masa.Kanai on the Upper West Side of Manhattan, which is the first American branch of a Japanese salon chain called Mode K’s, is so popular that the first appointment I could get was eight weeks into the future. When the day arrived, I went to the salon frazzled and distracted by work.

I met Ritsuko Kitamura-Borges, who has been doing head spa treatments for seven years. “They’re very popular in Japan,” she told me as she seated me in a salon chair with a glass of really good lemongrass iced tea. “Almost every salon has one.”

The first part of the eight-step process is a consultation, in which Ms. Kitamura-Borges uses a camera that’s shaped like a wand to show an extreme close-up of your scalp and hair on an iPad.

Mine looked a little like a forest of birch trees. She said I didn’t have much buildup or irritation, so I would have a normal deep cleaning and conditioning; she custom-blends essential oils and products from Oway and Milbon for every appointment depending on what your scalp needs.

Then she gave me a head and neck massage with essential oils that smelled of fennel.

After that, we headed through the busy salon into a private spa room the size of a large bathroom. I sat in a reclining chair with my head comfortably over a basin as Ms. Kitamura-Borges performed the next steps: massaging a purifying cleaner into my scalp, then putting on a steaming bonnet, which is akin to the part of facials where they steam your face to open the pores.

Somewhere around the time she was performing shiatsu-style massage while shampooing me, I may have fallen asleep for a couple of minutes. I think it was while there was an aromatherapy towel over my face and Ms. Kitamura-Borges was massaging my hands.

I wish I hadn’t, if only to have been fully present for the pampering.

The oddest part was a fine mist that felt as if it was dripping onto my head while the conditioner was on my hair. It was intended to encourage deeper penetration.

“The moist heat also encourages blood flow circulation,” according to the Masa.Kanai website, which reduces fatigue and migraines while promoting hair growth. I didn’t experience any of those things, but I also didn’t dislike it.

The final steps included toweling me dry and adding a tonic to seal the pores. It’s important to note that you’ll leave with wet hair unless you book a blowout. I am too cheap and too finicky about my hair to pay for it to be blown dry so I twisted it into a bun.

A few days later a friend asked me if she should go for a head spa service.

“Well, you can’t see what they’re doing,” I said. “And even if you could, it would be hard to tell what exactly is going on, but it all feels really good.”

I added that my hair felt really clean for a whole week, and that the process was like that part of your hair cut where they massage your scalp, but instead of lasting one minute, it lasts a whole hour.

My friend nodded. “Sold,” she said.

The Promise An eight-step facial for your scalp and hair that helps remove buildup and gives exceedingly clean and shiny hair. Plus a ton of massaging.

The Vibe A busy Upper West Side salon doesn’t seem like the most opportune place to zone out, but the treatment is done in a private room conducive to pampering.

The Cost From $180 for 60 minutes; there are a lot of add-on options, including a carbonated hair bath for $30 more.