A new antibiotic to combat drug-resistant bacteria is in sight 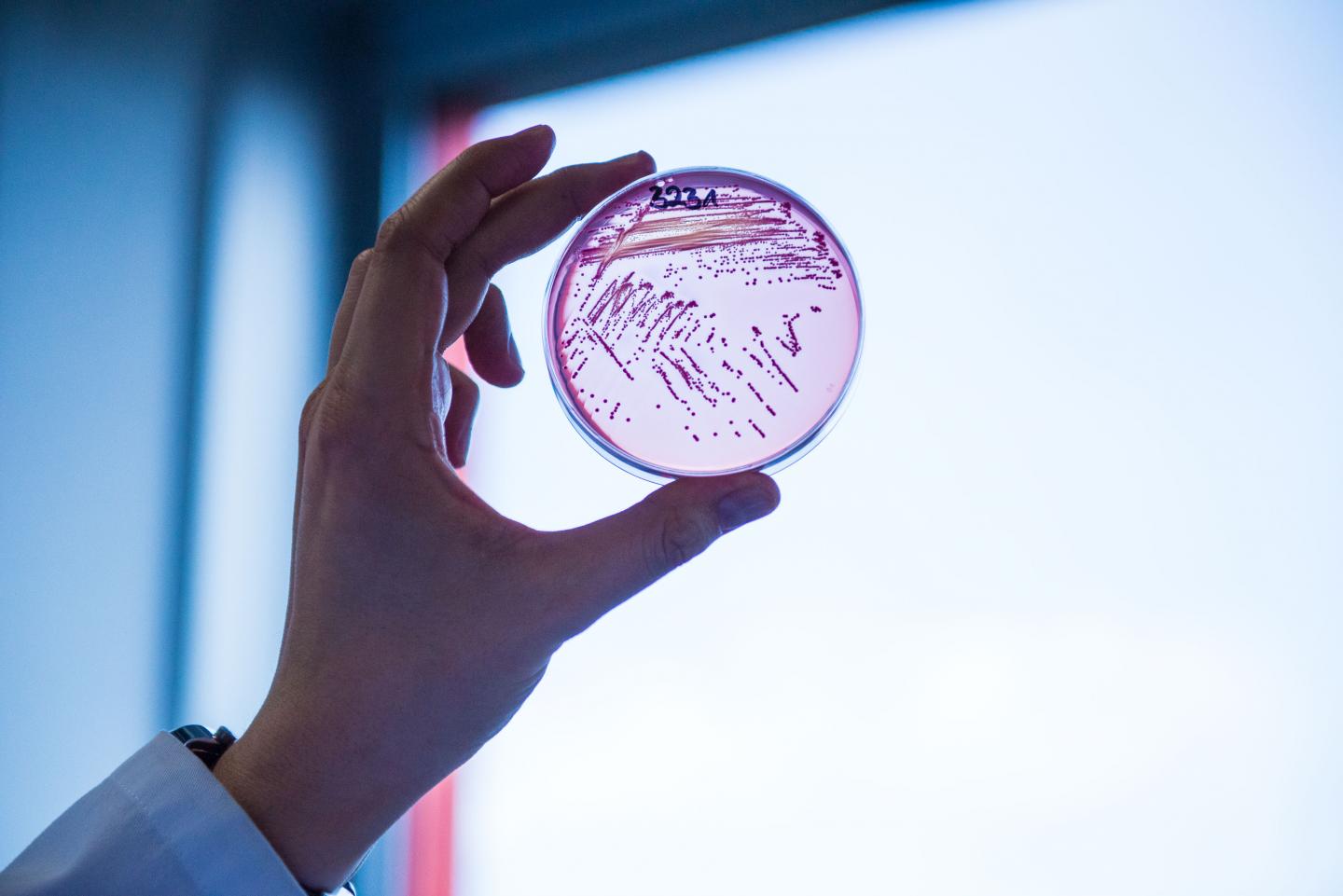 More and more bacterial pathogens of infectious diseases become resistant to customary antibiotics. Typical hospital germs such as Escherichia coli and Klebsiella pneumoniae have become resistant to the most – and in some cases even all – currently available antibiotics. Their additional external membrane makes these bacteria difficult to attack. It protects the bacteria particularly well by preventing many substances from getting into the cell interior. Especially for the treatment of diseases caused by these so-called gram negative bacteria, there is a lack of new active substances. An international team of researchers, with the participation of scientists from Justus Liebig University Giessen (JLU), has now discovered a novel peptide, that attacks gram negative bacteria at a previously unknown site of action.

“Since the 1960s scientists have not succeeded in developing a new class of antibiotics effective against gram negative bacteria, but this could now be possible with the help of this peptide,” said Prof. Till Schäberle from the Institute of Insect Biotechnology at JLU and project leader at the DZIF. His research group is involved in the discovery. The researchers use a screening, a classical approach from the natural product research. Thereby the team of Prof. Kim Lewis, Northeastern University in Boston, Massachusetts (USA), tested extracts of bacterial symbionts of insect-pathogenic nematodes to verify the activity against E. coli. Thus, the researchers were able to isolate a peptide that they have called Darobactin.

Darobactin consists of seven amino acids and shows structural characteristics. Several amino acids are linked via unusual ring closures. The substance shows no cell toxicity – a prerequisite for the use as an antibiotic. “We have already been able to gain insights about how the bacteria synthesize this molecule,” said Prof. Schäberle. “Currently we are working in the field of natural product research at the Institute of Insect Biotechnology of the JLU to increase the production of this substance and to generate analogues.”

The researchers also determined the site of action of Darobactin. They found that Darobactin binds to the BamA protein, located in the external membrane of gram negative bacteria. As a result, the establishment of a functional external membrane is disrupted and the bacteria die off. “It is particularly interesting to note that this previously unknown weak point is located on the outside of the bacteria where substances can easily reach it,” explains Prof. Schäberle.

Darobactin exhibited an excellent effect in the case of infections with both wild-type, as well as antibiotic-resistant Pseudomonas aeruginosa, Escherichia coli and Klebsiella pneumoniae strains. Thus, Darobactin presents a very promising lead substance for the development of a new antibiotic. The urgency of this matter is also emphasised by the fact that the World Health Organisation (WHO) has attributed the necessity of research and development against resistant pathogens the highest priority for human health.