A German Court Defines Hangovers as an Illness 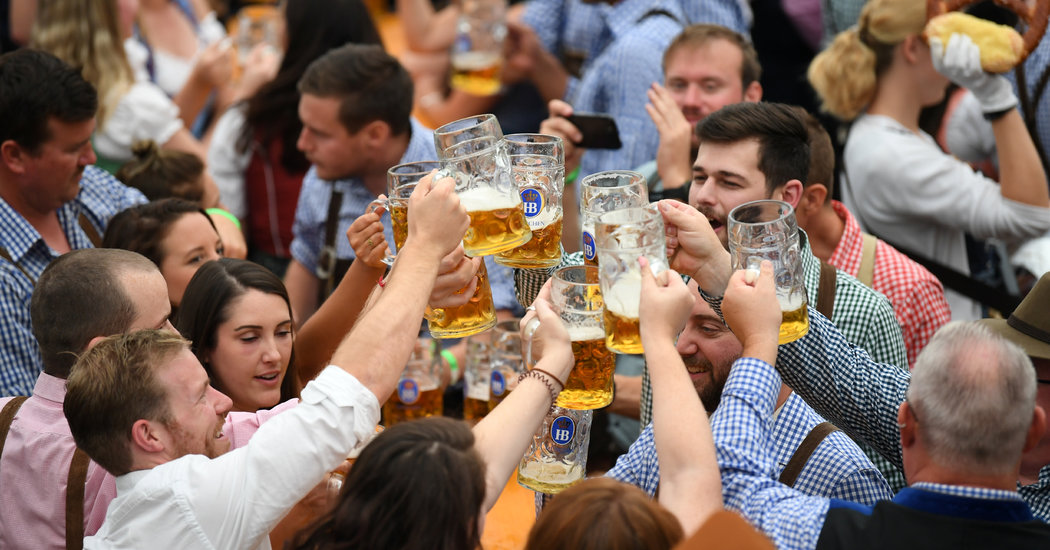 Last night’s Oktoberfest party went late, and your brain now feels as fragile as antique pottery on a bumpy flight. So you reach for an “anti-hangover” supplement and grumble about how sick you feel.

On Monday, a German court, ruling on claims made by a company that sells such supplements, defined a hangover like that as an illness. The court’s definition may be a modest comfort to drinkers worldwide who see their morning-after headaches and nausea as something other than self-imposed punishment.

The court in Frankfurt defined illnesses generally as “even small or temporary disruptions to the normal state or normal activity of the body,” Deutsche Welle, the German public broadcaster, reported. It also said that companies that sell food and drink products cannot market them as cures for hangover-related symptoms like tiredness, nausea and headaches.

“Information about a food product cannot ascribe any properties for preventing, treating or healing a human illness or give the impression of such a property,” the ruling said, according to Deutsche Welle.

The ruling came on the heels of a weekend when crowds began gathering in Munich to celebrate the start of Oktoberfest, a beer-soaked German holiday that features revelers wearing traditional dirndl and lederhosen, the Alpine peasant wear that is increasingly trendy among Bavarian Millennials.

The Frankfurt court’s ruling arose from a plaintiff’s complaint that the company’s claims about its products’ ability to cure the aftereffects of alcohol were illegal. The company was not named in the ruling, the BBC reported.

A February study in the American Journal of Clinical Nutrition, led by scientists in Germany, defined an alcohol-induced hangover as a complex of “unpleasant physical and mental symptoms that occur when elevated blood alcohol concentrations return to zero.”

There were no known “effective medical remedies” for those symptoms, the study said, and folky aphorisms about hangover prevention — such as “beer before wine and you’ll feel fine” — were scientifically unproven.

Symptomatic hangovers are “a protective warning sign that will certainly have aided humans over the ages to modify future behavior, and hence pass on this evolutionary advantage to next generations,” the study concluded. “Cheers!”