A Doughnut Six Years in the Making 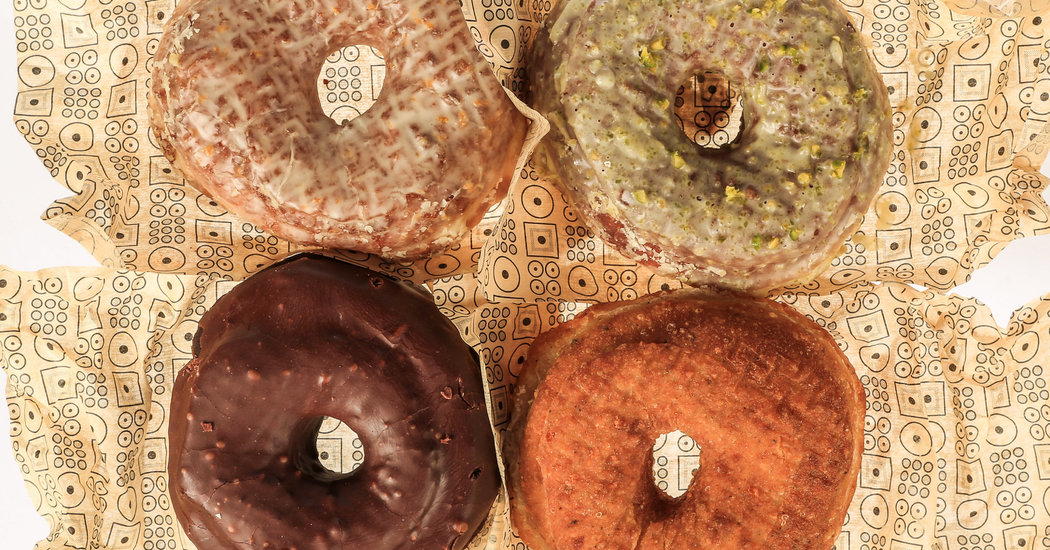 It was 25 years ago that Mark Isreal first began frying doughnuts on the Lower East Side at his Doughnut Plant. And he has spent that last six of those years, in between opening new outlets, trying to perfect a sourdough doughnut. “It has been a real challenge,” he said, “but I wanted to do it because sourdough is a natural ingredient.” His new line of big sourdough doughnuts are feather-light within their crisp-tender glazed exteriors. They are not sour, though there’s a tantalizing hint in the one that’s seriously dark chocolate through and through. Pistachio, orange and a savory cacio e pepe variety are the other options.

$4 each, beginning on Sept. 30, at Doughnut Plant stores, including the new one opening that day at 198 Bedford Avenue (North Sixth Street) in Williamsburg, Brooklyn, doughnutplant.com.