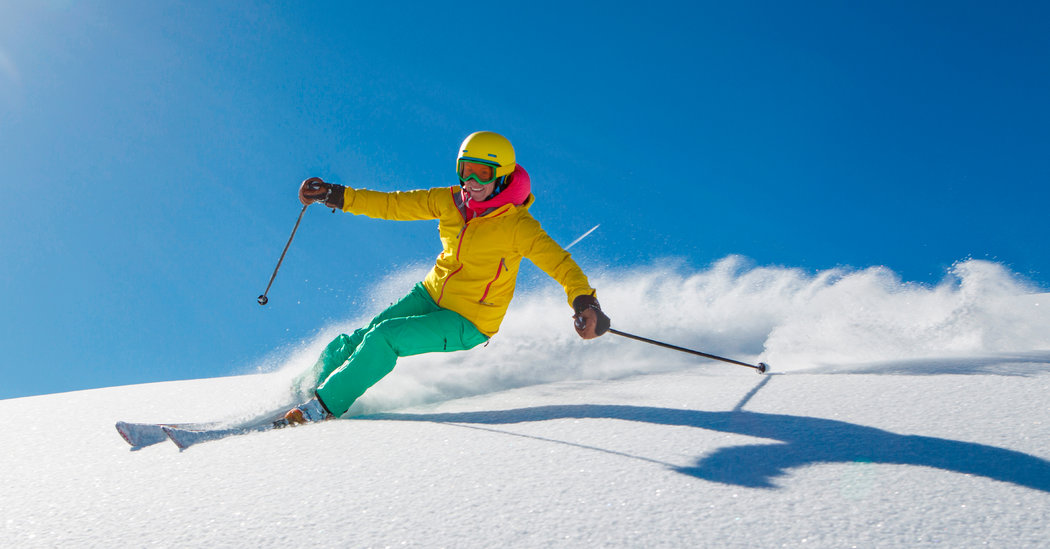 Your season pass is purchased, your ski house booked and your gear tuned up. But before you hit the slopes, you might want to download a ski app — or eight — on your mobile phone. From dedicated powder predictors to artificial intelligence-generated, Olympic-level ski instruction, there’s never been so much technology to help optimize your time on the mountain.

OpenSnow was created by a group of powder-obsessed weather forecasters. “We wanted to create a better forecast for ourselves and our friends,” said the co-founder and chief executive Joel Gratz. The value proposition: Tracking and creating snow forecasts across mountains for skiers and snowboarders looking for the best powder, specifically in the western United States. Staffers include local forecasters who write daily blogs providing on-the-ground information about snow conditions.

Available on iOS and Android, OpenSnow is free to use, though the “All Access” premium subscription ($19 per year) includes ad-free, longer-range forecasts, alerts for particularly powdery days and 24-hour access to snow camera feeds from resorts. This year, updates include new graphs and table views that allow users to compare 10-day and night forecasts across multiple locations. The team is also working on offline trail maps and an update to its snow report functionality (including hourly snowfall estimates).

Performance tracking — of runs skied and speeds reached — is the bread-and-butter of ski apps, with longstanding favorites like Ski Tracks still earning rave reviews from users who appreciate the simple, straightforward interface. Other benefits of the app, which is available on iOS, Android, Apple Watch, Android Wear and Pebble, include a one-time fee of $0.99 (versus a subscription-based model) and a focus on preserving battery life. New features this year will include a badge system to encourage users to explore the mountain via new runs and gamified challenges (try to ski every blue run in a day, for example), which should be released in February.

Slopes is another popular tracking app that renders runs in 3D, provides captures of top speeds and allows users to overlay photos of ski days on the app’s map view (photo timestamps will automatically sync up to Slopes tracked routes). The app is free to download, with a $19.99 premium version that includes interactive replays, live stats and daily timelines. The app just released a new, social functionality that allows users to see dedicated leader boards and tag friends on trips. Slopes is currently available on iOS and Apple Watch, but the developer Curtis Herbert says that an Android version is in the works.

Perhaps the most future-forward app on the slopes, CARV combines tricked-out ski boot inserts — equipped with sensors measuring the force of your foot and your motion while skiing — with an app that provides real-time coaching, allows users to hone in on specific skill development (say, edging) and calculates your specific “ski IQ” on every run. Users are able to see a running summary of their ski IQ over a number of days and the course of the season.

“Every time you finish a run, you get a number and a tip. It’s something specific that you can focus on for the next run,” explains the CARV co-founder, Jamie Grant. Mr. Grant, who studied physics at Oxford, wanted to apply his Ph.D. studies in statistics, machine learning and artificial intelligence to a sport he loved. “We’re looking to make a meaningful impact to help improve your technique.”

New to CARV this year are 10 instructor drills which include instructor videos, with algorithms trained to help users “match” the instructors’ performance (Mr. Grant warns that a perfect score is incredibly difficult to achieve, even for very good skiers). The vast majority of the app’s features, aside from weather reports, works offline. Currently available on iOS, the CARV unit, including inserts and app, is $279 in preseason, $299 when ski season has started. An Android version will be released on December 20.

Other apps worth trying this season include Liftopia, a web platform and iOS and Android app that allows users to find and purchase discounted lift tickets for 100-plus ski resorts in North America, Switzerland, Japan and more. The co-founder and chief executive Evan Reece says that the best deals are found for skiers willing to commit in advance.

“If you’re a destination traveler, consider adding a small ski area day trip to your trip,” he said. “They tend to be pretty economical, and pretty soulful.”

Wherever you ski, PeakFinder can help you get to know the mountains surrounding you. Using an elevation model of the whole planet, PeakFinder overlays images, viewed through your camera, showing names and elevations of nearby mountains. You can use PeakFinder to label saved photos, “like a postcard,” says creator Fabio Soldati. The app is a $4.99 one-time fee, works offline and is available on Android and iOS.

Planning on getting deep into backcountry? Cairn is a safety app that allows users to easily share trip plans with family and friends, send “check-in” notifications at certain times and alert followers if check-ins are missed. It also allows users to find cell signal via crowdsourcing technology.

Of course, sometimes the best part of skiing is disconnecting from all of this technology. Off the Grid is a free app that encourages users to get off their phone and holds them accountable, via fees, if they reconnect. Emergency features like 911 remain available; users can tailor their experience to be able to access certain apps during their disconnected times, too. While not specifically developed for skiers, the app would still be excellent on the slopes, according to the founder Todd Clemens.

“There are moments in the mountains when your skis are going over the snow and everything is so muffled and quiet,” he said. The idea of getting a notification from Instagram about someone’s lunch can be really off-putting!”