Youths! Go Listen to Your Elders! 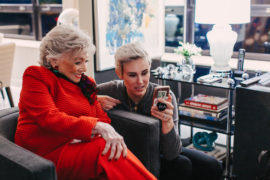 On a sunny Sunday afternoon, I was practicing golf with my daughters in the front yard when we saw an older man slowly making his way out of his house, two doors down, and over to us. I heard the screen door clang behind him and watched as the small, hunched figure plodded from his doorway down the steps to the sidewalk, clutching the guardrail, and then in our direction.

He came with the purpose of introducing himself to us. His name was Jim MacDonald. Now 88, Mr. MacDonald was born in Scotland, which is where golf was invented, you know. He’d wanted to get to America immediately after accounting school there. His brother, an engineer, got right in, but there was no room for Mr. MacDonald and his skills in the U.S. at the time, and little employment available in Scotland. He eventually found a job working for a big firm’s outpost in Trinidad. There, a chance meeting with the U.S. consul at a gala he wasn’t really invited to netted him a visa to work in Chicago, where apparently they needed accountants. He met his wife, Sandy, there. She shared his craving for mountains or ocean.

Exactly two years and two days after his arrival in Chicago, his visa requirements fulfilled, Jim and Sandy packed up their VW bus and were on the road West. Their plan was to hit Denver first; if he couldn’t find a job in Denver, then they were San Francisco-bound. If San Francisco was a wash, then they’d set sail for New Zealand, where they had friends.

As it turned out, Denver was their first and only stop, some 50 years ago.

Fifteen minutes or so had passed since Mr. MacDonald had first approached, and a familiar look passed over his face. “Well, I’ve been talking to you for a while now,” he said. The clock was upon him. I have felt the presence of this ticking clock on many occasions while talking with seniors in my work at a company focused on getting them active, and often wonder how many times our elders have the experience of being cut off or abandoned in the middle of a sentence. “I should let you get back to your day,” he said. “But before I let you go … you seem like a nice young man … and well, this is a nice block but it’s changed a lot. And mainly people just keep to themselves, and, well, my wife and I, most of our friends have died, and, well, oftentimes we feel lonely.”

Let’s hope lonely truly is the extent of it. Let’s hope the circumstance of living on a block in a neighborhood rife with young families and able-bodied, dog-walking, barbecuing Americans — who stick to themselves and make him feel like he’s on strict 10-minutes-before-I-run-for-the-hills talking deadline — only makes him feel lonely. Let’s hope feelings of anger and resentment don’t embitter his afternoon cups of tea with Sandy.

A week later I dropped by Mr. MacDonald’s house to invite him to our house for Easter brunch. I could see them through the diamond-shaped window in the door. There they were, Sandy and Jim, serenely enjoying a bowl of soup in the kitchen. I tried the doorbell, but it was broken. No response to my knocking either. I went around back and tried the back door. Nothing. I went back to the front door. The scene through the diamond window suggested I had made an impact. Mr. MacDonald was up and about, just returning from the back door, looking confused. I knocked again, hard, on the front door — at last we were in sync. Mr. MacDonald came to the door, with Sandy following behind him. They invited me in.

I presented him with the Easter brunch invitation my wife, Alexis, had written for them. They seemed elated.

“We would love to come, but only if we can bring something,” Mr. MacDonald said. “What can we bring … We don’t cook much anymore … We can bring a bottle of wine of course, but what else … Sandy, what do you think?”

Mr. MacDonald explained that Sandy has a tiny bit of dementia, but it’s really not bad at all, she’s generally great company. He asked me about my last name and if I’m sure I’m not Welsh. I told them that my grandfather had been an actor and had changed his Norwegian last name from Bratsberg to Morgan when he came to Hollywood. Sandy’s family is Norwegian! Sandy asked me if I spoke any Norwegian and shared a few Norwegian sayings with me. (“Ingetning a takke meg for” means “There’s nothing to thank me for.”)

I was feeling guilty about my own ticking clock and explained that I had to get back home shortly to help get the girls get ready for swimming. I told them that my wife is a great one for languages; her grandmother was Russian.

“Well,” said Mr. MacDonald, his eyes widening with excitement, “it sounds like we’ll have some great discussions at this Easter brunch.”

Great discussions, indeed. But first perhaps a national conversation is needed. I feel certain that many Americans of all ages would be happy to talk more with their older neighbors, if only they knew how important those conversations were to older adults, if more of us had a greater understanding of what many of our older compatriots are feeling.

At work, I’m awash in statistics about loneliness. According to a survey conducted by researchers at the University of California, San Francisco, 43 percent of adults over 60 feel alone, even though only 18 percent actually live alone. Lonely seniors are at a 45 percent higher risk of dying prematurely. Social isolation affects cardiovascular health, mental health and even has implications for cancer risk, according to Julianne Holt-Lunstad, a researcher studying social isolation. According to one study, loneliness is as lethal as smoking 15 cigarettes per day.

Mr. MacDonald’s hunger for a friendly ear reminded me of a talk I’d had over spring break with Jackie, my stylish and blunt-as-a-sledgehammer 94-year-old grandmother. “It’s a strange feeling to be 94 and have no feeling of an imminent demise coming,” she told me. “I just feel like I’m taking up space.” Thanks a lot, Grandma!

We can do better. I have a golden opportunity for all of those who, like me, feel the desire to give back but can never seem to find the hours in the day to volunteer at a soup kitchen or trek to the mountains to plant trees (is that still a thing?). Next time you’re out for a walk in your neighborhood and you spot an elder man or woman, introduce yourself. The task is simple: begin a conversation, tell something about yourself, listen for any interests they share with you so you can engage them in a meaningful way next time you see each other. And, if possible, let them be the ones to tell you it’s time for them to get going.

Our Easter brunch with the MacDonalds was a big success. They arrived on time and with a lemon meringue pie and a puzzle for my daughters. Shortly after getting settled on our couch, Jim unveiled another gift: a story he rightly suspected no one knew. “Do you happen to know how it came to be that we celebrate Easter on this day?” he asked. “Well,” he began. We all sat and listened. (Google Queen Eanfled and her husband Oswy, king of Northumbria, for the details.)

I was keen to help introduce Mr. MacDonald to a local activity group that might broaden his social circle and reinvigorate his sense of purpose. He said he’d outgrown all his interests, even his love of history was beyond him now. The eyes, you see. “Now we mostly just exist,” he said, echoing a sentiment I’ve heard before from the octo- and nonagenarian sets, and one I think serves as yet another testament to the fact that we haven’t been paying attention.

Mr. MacDonald’s courage and candor spawned an idea for a group that he can meaningfully participate in, the Storytelling and Snacks Club. We meet on Fridays at 2:30. Listeners are welcome. 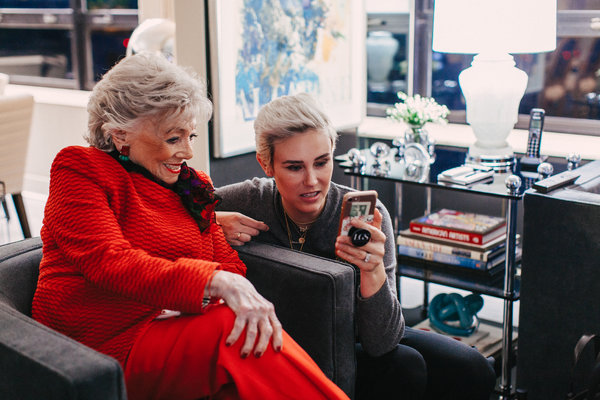 Researchers Confront an Epidemic of Loneliness 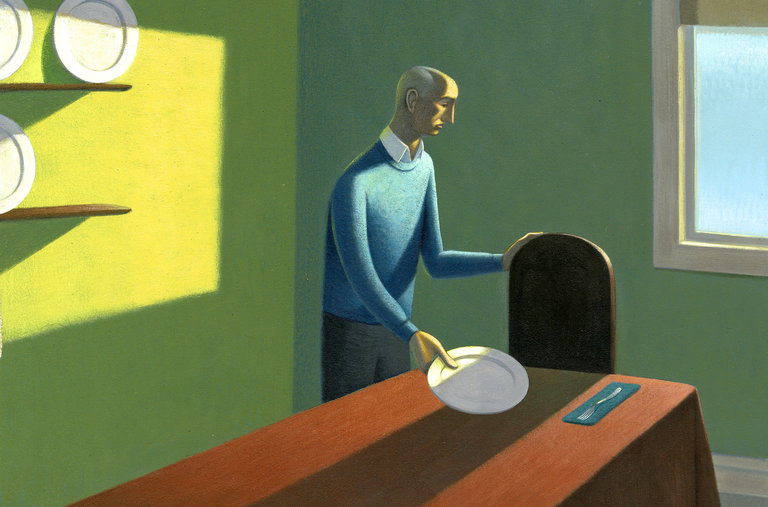 FacebookshareGoogle+sharePinterestpin it
They See It. They Like It. They Want It. They Rent It.Hoboken Was the Place to Call Home
Latest