Year of the Daddy 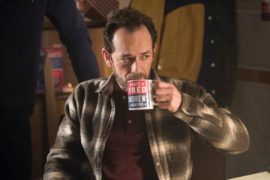 There’s a scene in the second season of “Riverdale” (stay with me, folks) that could serve as an imperfect metaphor for 2018. The telltale signs of a town in collapse are crammed into 42 bracing minutes: rioting, gun violence, families torn apart, political secrets and sabotage. It all culminates in a face-off between good and evil, with the life of Riverdale High’s golden boy at stake. Archie Andrews frequently delivers his neighbors from perilous scenarios disproportionate to their suburban surroundings, and this time it seems that only he can save himself. Until … three “hot Riverdale dads” arrive on the scene, at once defusing the bloodthirsty tension and captivating the licentious imagination of onlookers. Amid total chaos, the thirst remains real.

And not just thirst for hot guys in general. After the “dad bod” debacle of 2015 and the so-called “dad style” that has been adopted by all genders in recent years, it seems we’ve reached peak “daddy.”

A recent “Saturday Night Live” skit signaled that the word, used affectionately by children, and lustfully by gay men and straight women, had achieved a specific significance in the cultural mainstream: “Any guy can be a father, but it takes a hot, middle-aged guy with a big job to be a daddy,” Kate McKinnon and Matt Damon said in unison, as the hosts of a competition called the Westminster Daddy Show.

You might have noticed an uptick in aging heartthrobs of the ’90s and early 2000s appearing in programs marketed to young viewers — and receiving outsize attention for their (mostly supporting) roles. Consider Luke Perry in the aforementioned teen drama “Riverdale,” John Corbett in the Netflix rom-com “To All the Boys I’ve Loved Before,” John Cho in “Searching,” Sterling K. Brown in “Black Panther” and “This Is Us,” and Jude Law as Albus Dumbledore (or shall I say “Dumbledaddy”?) in the latest “Fantastic Beasts” film. 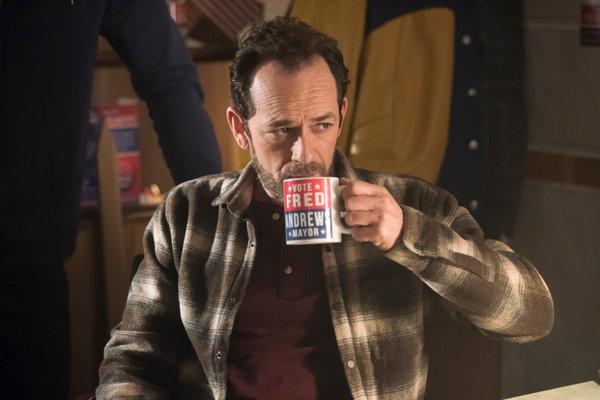 In practice, age is not always a defining characteristic. A daddy might be any man with graying hair (see: the salt-and-peppery fitness entrepreneur Peter Kraus, 33, whom many American women hoped would lead the last season of “The Bachelor”), or a beefy action-movie hero (Dwayne “the Rock” Johnson, for example, who also happens to be a father), or … the mascot of a boxed cereal brand. (Tony, we’re so sorry.)

While on the internet “dad” is most often used to express devotion to a cultural father figure, in the same way that “mom” emerged as a term of reverence for feminist patron saints, “daddy” has tended somewhat problematically toward the sexual. Barack Obama is “dad.” Bill Murray is “dad.” Idris Elba, People magazine’s Sexiest Man Alive, is “daddy.” Jeff Goldblum is “daddy,” and also sometimes “zaddy.” You get the point.

Making the jump from “dad” to “daddy” can be as simple as a few minor lifestyle adjustments. On Netflix’s popular “Queer Eye” reboot, the Fab Five turned its schlubby “heroes” into daddies — or, at least, more dateable versions of themselves — by grooming their beards and showing them how to make simple meals. (The show’s first run was so successful that the streaming company released a second season less than six months after its premiere.)

On “Queer Eye,” men like Tom Jackson learned how to groom and cook for themselves, thus transitioning from “dad” to “daddy.”CreditNetflix

That narrative, of male self-interrogation and self-improvement, aligns with a broader paternal revisionism that has permeated visual media in recent years. If you’ve watched an ad with a dad in it recently, you know that the couch-potato who can’t cook or clean or wear pants that don’t have an elastic waistband is a trope of the past. In the age of “dadvertising,” father-actors are, instead, competent, present, presentable, even mythic parents, and equal if not more hardworking partners. Those depictions are aligned with the optimistic, egalitarian standards the newest generation of fathers has set for themselves.

Accordingly, dads and daddies have become motifs of the ever-growing retail category that is merch. The cotton baseball cap, often used to express fandom, has been christened the “dad hat,” just as tapered light-wash denim is considered the quintessential “dad jean.” There are $360 “dad” sweatshirts, dad hats inscribed with the word “daddy,” a video game whose objective is for dads to date each other … you name it.

Rachel Antonoff, a fashion designer in New York, recalled a T-shirt from her fall 2017 collection inscribed with “daddy” in a Barbie-like script. Like most of her line’s graphic tees, it was initially conceived as a piece of social commentary. “I wanted to do a shirt that said ‘No more daddy-daughter dance,’” Ms. Antonoff said, to critique what she found to be “an insanely heteronormative concept.” But her colleagues encouraged her to soften the message and create something more lighthearted. They landed on a design that was meant to be neither reverential nor incisive, but rather seen as “funny, and a bit.”

It struck a chord with her customers, who are primarily women. But, she said, “there were other people who were like, ‘I’m a dad,’ or ‘my friend just had a baby.’”

FacebookshareGoogle+sharePinterestpin it
Wine School: Port’s Dilemma: ‘Before Dinner Is Too Early; After Too Late’Meet the Cozy Girls of Instagram
Latest