Wristbands and Room Service: Music Festivals Check In to Hotels 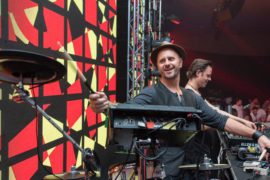 By the pool, bass boomed from towering speakers. Inside, stanchions blocked the elevators. One dinged, the doors opened, and hoard of wristband wearing revelers poured out. This was a five-star hotel, but over one weekend this fall, it turned into a 48-hour dance party.

Wise to the popularity of zeigesty gatherings like Coachella and Burning Man, hotels are staging their own music festivals, trying to lure travelers obsessed with finding the next thing to post about on social media. In December, the Hotel Paseo in Palm Desert, Calif. put on an “Airstream Palooza,” a free music festival arrayed around renovated airstream trailers. In November, the Careyes resort in Jalisco, Mexico, hosted its third annual music festival, Ondalinda, a bacchanal that Vogue has called “the luxe Burning Man.” In Bali, Indonesia, the pop stars Fergie and Liam Payne performed at the Mulia hotel’s music-fueled, Labor Day weekend bash. In February, the electronic dance music, or EDM, D.J.s Calvin Harris and Zedd headlined the opening weekend festival of the Vidanta resort in Los Cabos, Mexico. 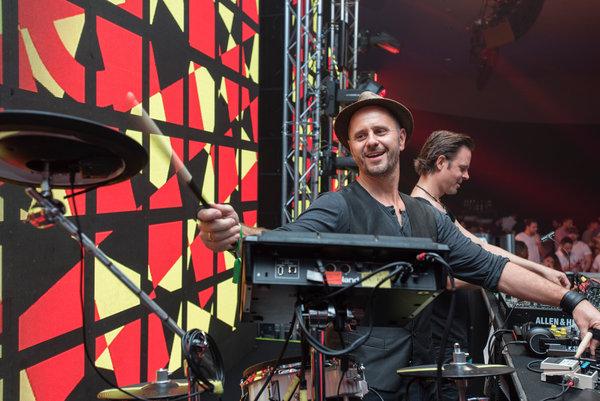 But none of those properties are pumping their proverbial fists as heartily as W Hotels. W, a subsidiary of Marriott, came up with the concept for its roving music festival, Wake Up Call, after discerning that its target customers tend to go as hard during their off hours as they do during their working ones, and don’t necessarily want to deal with the crowds and logistical planning inherent in attending traditional, multiday concerts.

“They’re 25- to 45-years-old, well traveled, affluent professionals, mainly, who like to have fun and burn the candle at both ends,” said Anthony Ingham, the global brand leader of W Hotels, which has 54 locations worldwide. The first three Wake Up Calls took place this fall in Hollywood, Barcelona, and Bali; W Dubai is slated to host the fourth next year.

Historically, W has courted musicians through its Living Room Live program, in which emerging artists perform in the lounge area of their local W, and W Sound Suites, recording studios that exist within select hotels. “When we started brainstorming what we could do next, it felt like a natural evolution to produce a music festival,” Mr. Ingham said.

One would think that a music festival held in a hotel, a place with walls and smoke detectors and guests who may not be partaking in late night dance parties, would be less raucous than the type that take place on open plots of land, in the middle of nowhere. One would be wrong, at least in the case of Wake Up Call Barcelona, which took place the third weekend in September and courted 4,300 attendees, thanks to headlining artists like Martin Solveig and Robin Schulz.

DJ Martin Solveig was one of the headlining artists at Wake Up Call, a music festival at the W Hotel in Barcelona.CreditStefano Buonamici for The New York Times

When my husband and I checked in on Thursday evening, the W, a half-moon shaped monolith visible for miles down the Barcelona esplanade, seemed like a regular hotel (albeit, one with a vast wall of red and silver sequins in the lobby). A gray-haired man in a suit was checking in next to us; samba music played at a conversational volume.

Everyone in the hotel’s 473 rooms came knowing a festival — with set times starting as late (or early) as 2 a.m. — was taking place. (Fifty rooms were booked before the planning of Wake Up Call Barcelona, and W offered to relocate those guests unwilling to take part, said Mr. Ingham.)

By midday Friday, the first day of the festival, two stages had been erected by the pool (the “Wet Deck,” in W parlance) and in the lobby, a phalanx of people in tank tops and shorts waited to check in. Jamiroquai crooned from the speakers outside, claiming there was nothing left for him to do but dance, but no one was dancing — yet.

Maybe it was the booths that had been set up in the lobby to dole out festival entrance wristbands, maybe it was the two guys in the gym talking about “throwing down” that night: there was a palpable feeling that a party was about to engulf the property, and indeed, that was the W’s intent. 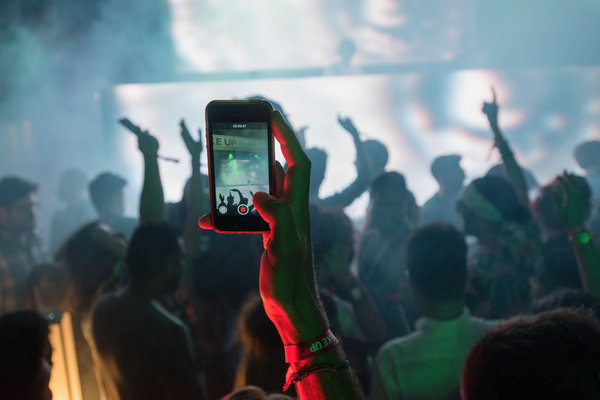 One advantage a hotel-planned festival offers over a traditional one: attendees and artists can more easily interact, they’re staying at the same place, after all. On Friday night, two dozen festival goers ate ham croquettes and paella with Thomas Jack, one of the many EDM D.J.s on the lineup.

“The thing that I hate, I even hate the term, is the ‘meet and greet,’” said Mr. Solveig, a French D.J. who hosted a cocktail party in the hotel’s “Extreme Wow” suite, which was used as a gathering place during the festival. “You have, like, two minutes, so it’s reduced to taking a picture with a fan and that’s it. What’s special about this is that it’s hanging out for an hour with people who have knowledge of my work.”

Wake Up Call attendees redeemed points from Starwood or Marriott’s loyalty programs (the hotel groups recently merged) to gain access to these more intimate “moments;” some used points to fund their entire trip.

“It’s the perfect excuse to do things that otherwise you don’t have the inspiration to do.” said Alan Conde, 46, a management consultant based in Madrid who spent 50,000 points on a festival package. “What I don’t like about festivals so much is the crowds. It’s very difficult to move, you have to make lines for everything. Suddenly, you have this concept, which I think is very creative.”

Being an elevator ride away from your suitcase is also a plus. (As Mr. Ingham put it, “you can have four outfit changes!”) I discovered this on Friday night, when, inspired by a group of jumpsuit and fanny-pack clad attendees grooving in a darkened conference room to the house D.J., Mr. Schulz, I ditched my cumbersome purse for the fanny pack the W had placed in every room (and stuffed, in true music festival fashion, with mints and condoms). By 3 p.m. the next afternoon, more than two dozen people snaked out the doors, waiting to buy day passes, and a security checkpoint had been set up in the lobby.

Up in the Extreme Wow suite, Stacey Arkules, 57, from Arizona, was kicked back on the balcony with a cocktail and sunglasses, taking in a view of the coastline before things kicked up a notch. What brought her here? She smiled and shrugged as if it were obvious: “the music.”

FacebookshareGoogle+sharePinterestpin it
36 Hours: 36 Hours in BogotáAthletes Don’t Own Their Tattoos. That’s a Problem for Video Game Developers.
Latest