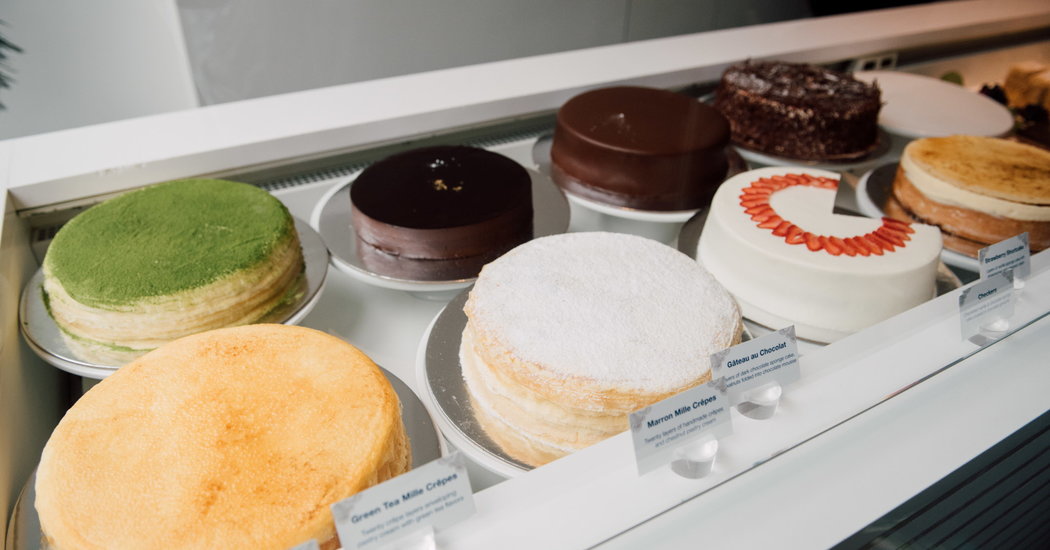 As a delivery driver for an upscale bakery favored by celebrity lifestyle gurus, David Lliviganay had access to a warehouse full of some of the most coveted — and costly — cakes in New York City.

The bakery, Lady M Confections, a patisserie with locations around the world, is renowned for its Instagram-friendly Mille Crêpes cake, an elegant stack of about 20 crepes slathered with fluffy cream and topped with a layer of caramelized sugar.

A nine-inch cake can sell for up to $90 — or less when stolen and resold.

The authorities have accused Mr. Lliviganay of doing just that. Earlier this year he was charged with 15 counts of petty larceny, a misdemeanor, and pleaded guilty in July, according to court records.

But a new civil lawsuit filed last week in Queens by the owners of the bakery detailed the full scope of the alleged heist.

He would take cakes from company freezers and pass them off to other vendors, taking a bite out of Lady M’s profits, the lawsuit said.

Mr. Lliviganay was caught on surveillance camera taking cakes on 36 separate occasions over three months, according to the lawsuit. On some days, court documents said, cameras recorded Mr. Lliviganay loading cakes onto a shipping cart and carrying them to his car.

All told, Lady M has accused Mr. Lliviganay of stealing 1,020 cakes worth $89,250. The company only learned about the scheme when it found out that “unauthorized resellers” had been selling the crepe cakes at a discount, the lawsuit said.

When it investigated, Lady M not only found the surveillance footage but discovered that Mr. Lliviganay’s phone had logged onto the company’s Wi-Fi network on the same day, and at about the same time, of each of the thefts, the lawsuit charges.

The company is seeking full repayment for the pricey confections.

Lady M Confections began hawking cakes to restaurants and stores in New York City in 2002. The company opened its first cafe on the Upper East Side in 2004, and over nearly two decades, the company has become a global sensation, in large part owing to its airy Mille Crêpes cakes.

The photo-ready cakes, which come in a variety of flavors that all sport the characteristic sugary strata, have appeared in national magazine spreads. They eventually caught the attention of Oprah Winfrey and Martha Stewart, who visited one of the bakery’s New York City locations on her talk show.

Lady M now ships cakes across the United States and runs six retail locations in Manhattan, as well as in outposts in mainland China, Hong Kong and Singapore.

According to the lawsuit, Mr. Lliviganay began working in 2017 at the warehouse Lady M operates at its headquarters in Long Island City in Queens, and was first caught pilfering cakes in November 2018.

Lady M reported the cake heists to the police last December, and Mr. Lliviganay was arrested on charges related to some of the thefts in February, court records show.

He pleaded guilty in July and is scheduled to be sentenced in Queens Criminal Court on Sept. 24.

In the lawsuit, Lady M said that Mr. Lliviganay stopped working at the bakery on Valentine’s Day, saying he was going on vacation. But he never returned to the office. He was fired a month later.

The lawsuit claims that Mr. Lliviganay “violated his duty of loyalty.” The company wants him to pay back the full value of the purloined pastries, as well as punitive damages for behavior it called “intentional, malicious, and/or wanton.”

Lady M’s chief executive, Ken Romaniszyn, said the company could not comment on the pending lawsuit.

“We put our customers first in all matters, and are dedicated to the quality of our cakes and service,” Mr. Romaniszyn said in a statement. “We also enforce company standards, which include honesty and integrity.”