Work Friend: Winter Is Coming (but the Beards Are Already in Bloom) 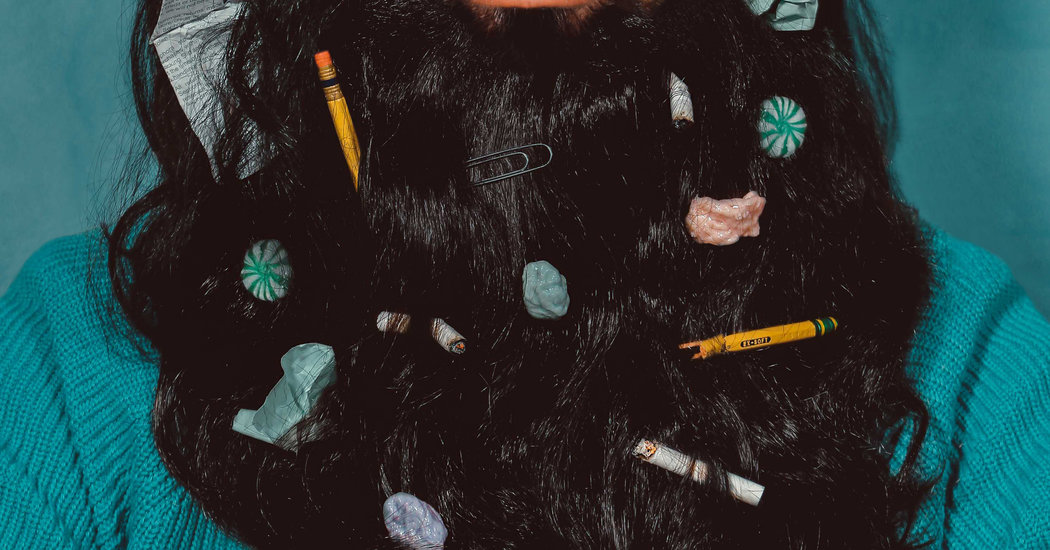 Send questions about the office, money, careers, beard oil and work-life balance to workfriend@nytimes.com. Include your name and location, even if you want them withheld. Letters may be edited.

Every winter, many of the men in my office grow beards. One of my direct reports has been doing so for the seven years we’ve been working together. This year, however, it’s longer than before, and he cannot keep his hands off it. He is constantly stroking, twisting, scratching and arranging it. Inevitably he’ll break off a hair or two between his fingers, rubbing it between thumb and forefinger, examining it and trying to figure out where to put it (ew, gross!!!).

But the move that literally has me gagging is when he picks up the left edge of his ’stache and puts it in his mouth. I can barely type these words. It has gotten to the point that I cannot even look at him in meetings. This is particularly awkward when we meet in my office for our regular check-ins.

I am his supervisor. I am female. He is a nice but sensitive guy who has had some anxiety issues. I get the sense that this beard is a security blanket. What can I say to him to get him to stop before I vomit in front of him when that thing goes in his mouth one. more. time?

When did all the men start growing beards? Was it baseball? Was it Occupy? I remember so many of my friends camping out in Zuccotti Park, standing on corners and handing out pamphlets. There was no hierarchy in that place, except, of course, the beards. Short beards, long beards, little scraggly beards that had no business being on somebody’s face. Mustaches, if you could call them that. Soul patches, to show the 1 percent they had no souls!

Or maybe it was “Game of Thrones.” King Robert’s long beard and all his bastards and his belly laugh. How he loved to hunt boars in the Westeros forest! This was the time when the economy was just beginning to recover, thanks to quantitative easing, and all over Brooklyn disgusting new restaurants with names like Elk & Blood and Sweetmeats Deer Hoof Sausages were opening for business.

Oh yes, things started getting gross. Some young men in Brooklyn took to killing their own meat, which they would stuff into the little holes that opened in their beards. Ned Stark’s head, covered in revolting bloody whiskers, was hoisted on a pike. The sausages really started flowing then, as every week in “Game of Thrones” so many men with such a wide variety of beards were disemboweled.

Look, here’s my point: Through all of it — the baseball and the Occupy and the flaying of several human beings on HBO — I never once saw anyone suck on his beard. What your employee is doing is beyond the pale.

Just say very gently and kindly and without brandishing a dagger or craft beer something like: “You know, I think you’re the greatest, but it makes me uncomfortable when you suck on your beard.” Treat him to a meal at your local Elk & Blood. Eat some absolutely disgusting artisanal sausages while you plot what you’re going to do next with your careers. Seven years is far too long to have remained in the same roles!

I work in fund-raising at a hedge fund with investments spanning five continents.

I believe that my partners’ investments and operations have led to the overthrow of one sovereign government, involve extensive child labor and may (sooner rather than later) result in the decapitation of four Appalachian mountains, one of them utterly beautiful.

And yet I love my job.

Am I bad person?

I don’t think you’re a bad person, even if it’s distinctly possible your question is a troll. (It’s an odd hedge-fund marketer who makes an aesthetic distinction between ill-fated mountaintops!) But you should seek out a position at a less shady hedge fund, with an aboveboard compliance department. I can’t guarantee it would prohibit you from inadvertently capitalizing the overthrow of a sovereign government, but it would bar investment in companies that relied on child labor. As for the removal of mountaintops, beautiful or otherwise: Coal isn’t such a great investment at this point. Plus, it drives catastrophic climate change. Go find a hedge fund with a powerful compliance department and a well-funded renewable energy investment group! Raise money for it and feel not immoral, but merely amoral.

With a Friend Like That, You Have an Enemy

I’m a junior-level person at a marketing company. It just hired another person at my level. We’re around the same age and we have some friends in common, but the guy refuses to be my friend. I keep inviting him for lunch or coffee, and he always refuses. What gives? I’m nice! And I think work would be so much better if I had a buddy. So how do I make this guy my friend without being weird about it?

In the “multiverse” version of the answer to this question, there are three possibilities:

Whatever the reason in the universe we live in now, lay off trying to make friends. And watch your back.

I resigned from my group practice because of Corporate’s mandate to see more patients per day than humanly possible. The group has already scraped my name off the door to the office and the lobby, and I still have two weeks of work left with the practice. What would be the best act of revenge?

Katy Lederer is the author of three books of poems and a memoir. Write to her at workfriend@nytimes.com.