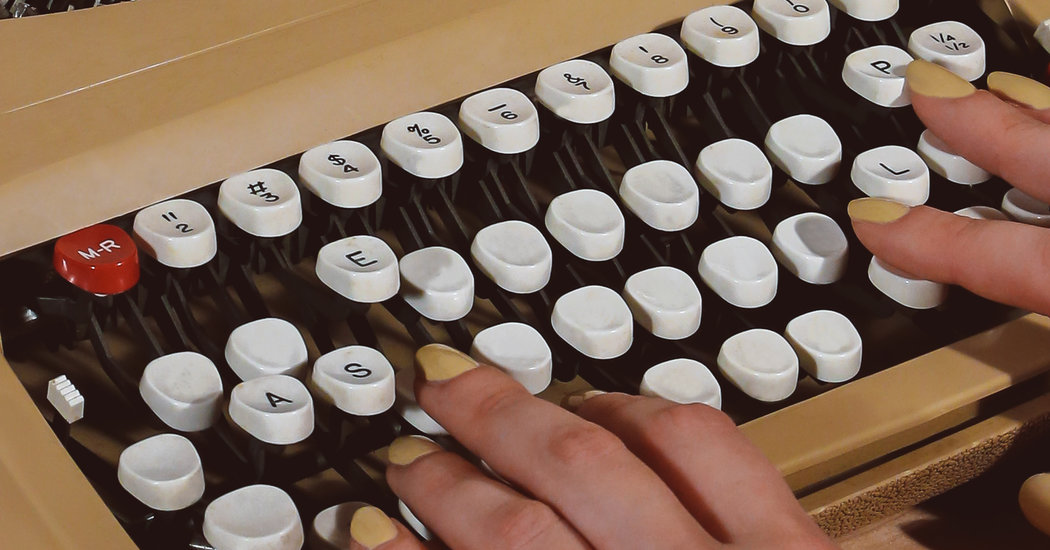 Can you ask a question that isn’t obvious as heck? Try us at workfriend@nytimes.com.

My co-workers never say “please.” In an effort to be the change I want to see in the world, I say it all the time, but it is never reciprocated. They ask nicely, they favor “could you” over “can you,” and overall they’re pretty polite. But no “please.” Ever.

Before you ask, yes, they usually do say “thank you.” But there is only one magic word, and I miss it. Is this a lost cause?

“Please” is the opening to sentences like “Take out the garbage” or “Clean your room” or “Have your TPS report on my desk by 5 p.m.” It reeks of 1950s New England parenthood and bosses who chomp on cigars and the old kind of stereotype about librarians, not the new supercool defender-of-freedom-and-liberty kind of librarian we know and enjoy today. The ability of “please” to make a sentence polite evaporated a generation ago.

But now that you mention it, “Hey, could you …” as an opening in a business request tactic is both widespread and irritating. I do it constantly! It’s smug, it’s fake-friendly, and it muddies the water. If you can’t really say “No, I can’t” in response, then the question is crud. Let’s kill that, instead of reinstating the ancient “please.” (I will try, and I will fail.)

Did Garfield Write This

My co-worker brought in a full tray of lasagna to our crowded fridge and has been picking at it all week without offering anyone a single bite. How long until I can toss him and his lasagna out a window?

They like to say, “Do what you love and you’ll never have to work again.” Well, I love throwing away people’s gross crusty food without asking them first!

Another Day in Purgatory

I have a boss — the owner of the company — who is a horrible bully. It’s like being in an abusive relationship: loves you one minute, hates you the next, and you are never quite sure what you are going to get. Constant emails in all caps with at least a half dozen other people on it, including your subordinates, saying horrible things about you behind your back to others in the company (it’s a small company), sitting in meetings with back turned to me, can’t make eye contact, etc.

How do I stand up to it? It’s been the way the boss has behaved for the last 20 years, so not likely to change, but is there a way to survive? Or would it be better just to leave?

Try this: If you were on a second date with someone and they acted like this, what would you do? Walk out? Laugh in their face? Tell them they’re being a rude child and you never want to see them again? Pick one.

You’re going to be dead soon and you’re getting shamed by some jerk in an office? Forget it!

We get a lot of these questions because people become acclimated to inappropriate behavior over time, in love and in work both, because most of us need paychecks and sex. Get your paycheck somewhere else.

We childless colleagues have to pick our scant top babies in this world, and that’s all we owe parents (besides getting flu shots and vaccinations for the immunity of the herd). They can’t name my three cats, so I don’t feel any pressure to remember little Delft, Mason, Wenge and, yes, let’s not forget little Asafoetida. People are wild, aren’t they, having more babies like the seas aren’t rising!? Good news, though: Lots of parents want to immerse themselves in work and forget all about home. (Just like they’re forgetting their children will someday all be clinging to flotsam like Kate Winslet in “Titanic.”)

I’ve been working at my current job for about six months, and I absolutely detest it. It’s not intellectually stimulating, barely pays anything, and my co-workers can only talk about the weather. Yes, I know, poor me.

Actually, not poor me, because I channeled this angst into action and went out and got myself a better job with better pay and (seemingly) better people. After I told my current boss I was going to take the “better” job, he asked if I could negotiate a later start date to finish up some projects with him. My new job would be O.K. with delaying the start date — another reason I love them — but I don’t want to wait any longer than I have to to start. Do I stay on longer than I’d like to with my current boss so I don’t burn any bridges? Or do I get out now and start at my new job as soon as possible?

Nice work! If no one else has told you they’re proud of you, let me be the one. You did something hard and awesome and most of us would have just settled into our suffering.

Here in the American system of at-will employment, unless you are in a union or protected by some other contract, you may be dismissed for no reason at any moment. But an overlooked foundational corollary is that the employee also owes the employer nothing. We are not doing employers a favor; we are not “helping them out”; we are not “part of a family.” We have agreed to do certain things in exchange for currency and sometimes free goldfish crackers in those undoubtedly germ-laded dispensers.

Employee “ghosting” is a thing that has journalists allegedly concerned about modern society. Workers are deciding to no longer attend their jobs and are instead just going on with their lives! Seems great. Also? G.M. and Ford are “ghosting” on thousands of people.

This comes down to your personal view of karma. Would you truly be helping by staying a few weeks (I said weeks), and not enabling their bad habits? Do you think you can put that in your piggy bank of good deeds? In that case, maybe. But you did use the word “detest.” Sounds like it’s time to decline the opportunity for further unhappiness. Don’t run from this job — just run toward you!

Choire Sicha is the Styles editor of The Times. Get at us at workfriend@nytimes.com. Include your name and location, even if you want them withheld. Letters may be edited.

FacebookshareGoogle+sharePinterestpin it
Medical News Today: How to tell the difference between lice and dandruffSocial Q’s: Nothing Wrong With Blabbing About My Cousin at the Strip Club, Right?
Latest