Work Friend: I Am Begging You to Stop Sleeping With Your Co-Workers 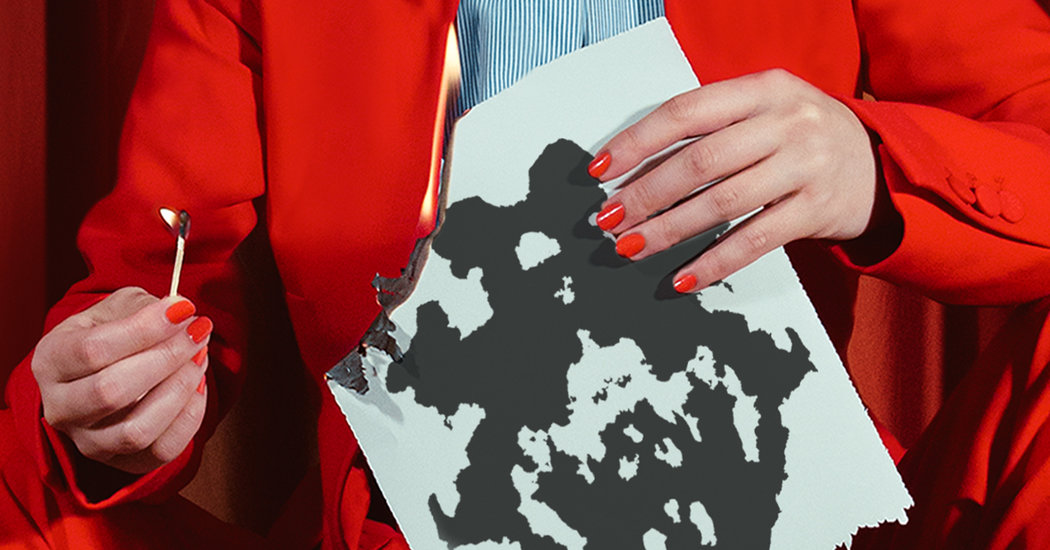 Try to stump us at workfriend@nytimes.com. Letters may be edited.

My Personality Type Is W.F.H.

My company requires that management folks take personality tests. The results of these tests are sent to H.R., who then share the results with you. To be clear, you don’t get the results directly; it’s all through the company or “practitioner,” as they call themselves in this context. Is it just me, or is this kind of creepy and sci-fi? They say they’re not storing the results or making promotion decisions based on them, but should I believe this? What are they doing with the results, anyway?

Hiring, if you haven’t done it, is absolutely terrifying. All of you are running wild in the offices, sighing loudly and cutting fingernails and getting naked together. Trying to make sense of it all with personality tests (that are probably going to be used to build a consumer profile that tracks us from cradle to prison to the grave) is both gross and a waste of money. But as long as we keep sleeping with inappropriate people in the office, I can see why companies grasp at these sad straws. Just lie! Everyone else does.

Feelings Are for Homes

I keep doing big sighs that are causing people to think I’m having a meltdown. How do I stop?

Charisma is all in the unintended details: where you think your pants should be belted, how you snuffle constantly, how you chew gum at your desk with your mouth open, how you make eye contact, how you scream-sneeze and also your awful aggressive sighing. Like almost all of us who aren’t robots, I do many nasty off-putting things in the office. I stare into space when I’m thinking and people imagine I’m looking at some monster coming up behind them. Also, I swear quietly to myself as I type.

But loud office-sighers are especially unattractive co-workers because they vent emotions into the office, and those of us who are hypersensitive feel compelled to ask what’s wrong, or we worry that the annual holiday layoffs are imminent. (They are!) You must replace this habit with drinking water or snapping a rubber band on your wrist or perhaps expectorating into a nearby spittoon.

Or Offer Them an Office Bris

I have more than one older male colleague who makes a regular habit of clipping his nails at his desk. Not the quiet way, with the tiny nail scissors. The loud, hear-it-from-across-the-open-office, echoing-in-my-nightmares kind of clipping. These men are senior in age and, at least to me, in rank. But it bothers everyone around them who isn’t also an older male. Do I ask my manager to make them stop? Most important, why do they think this is an O.K. thing to do outside the comfort of their home bathroom? I’m not a squeamish person, but the sound, accompanied with the fear of having another person’s nail detritus flying over the cubicle barriers and into my tea or lap or keyboard, is too much for me.

The level of fake office-based civility (actually, docility) that your workplace has inculcated is next level! Men going around willy-nilly doing gnarly home grooming tasks? It’s notable that you see speaking to your manager as the only choice here. Anywhere normal, people would bring this up to a colleague. Email is fine: “Hey, Jeff, please do not trim your nails in the office.”

Yet Another Person Who Had Sex at Work

I had a secret relationship with a guy twice my age, and on top of that, he is a manager at my company. We dated for about two months, and everything seemed to be going great until one day he called it off because of the age difference, etc., and offered to be friends. We haven’t spoken since, and there is tension at the workplace (at least I can feel it). We don’t even look at each other. Should I get a new job, or try to deal with the awkwardness?

Pal, you are misreading the situation. The tension, if it even exists, is not your problem. It is his problem. Leave if you want, but you don’t have any obligation to make him comfortable or do anything but your job, which is what you are there to do, instead of doing other people, which is what you have been doing. Maybe it was a mistake, but do not make accommodations for some dude who wanted to sleep with you, then dumped you because of the age difference — which, LOL. Knowing men, I bet he is actually not thinking about you at all except to make you feel uncomfortable so that you quit. Don’t give him the satisfaction. And watch your back. Men will go to great lengths to make problematic women disappear.

Hush Up About Your Tesla

I don’t work in an office. I am a blue-collar schmo. However, often in my work I serve many people who work in offices, on floors, in big buildings. I hear them talk about their “work group” before raving about their new “Tesla” or some other nonsense I have no comprehension of. I can’t help feeling like your advice is tailored for them and not for me, possibly because of the demographics of your readership. How do I deal with dozens and dozens of rich, vapid and condescending office workers daily? Good Lord, PLEASE, how?

We fully tend to over-serve the “glued-to-the-email-machine” work force, though I’ve been heartened that we get letters from diverse workplace types. But yes: Office workers are incredibly hierarchy conscious and hierarchy anxious and are frequently dreadful to people who are different. (I write this column on a commuter train, and just now watched a middle-aged white woman get on and stand over an elementary school-age black boy until he gave up his seat — even though there were scads of empty seats all around us. Unreal.) People enact aggression and discomfort and hostility and bias constantly.

The other problem here is just how captured and enraptured we become by being what we spend. Polo shirts, cars, houses, children, purebred dogs, washing machines, golf clubs, boats. These are things we buy as a shortcut to an identity. Then we bond about it, standing divided against richer and poorer. We have to pretend that everything is fine.

Someone should confront the rich, vapid and condescending every day as they ignore the homeless people all around them. Put up signs about where they can give away their money! Or do what I do and aggressively harangue people about remembering you in their will. (Everyone thinks I’m joking. I’m not.) Remind them that people are starving in Fresno and Toledo. It’ll probably get you fired, and then you’ll never have a boat. Man, boats sound really awesome.

Choire Sicha is the Styles editor of The Times.

Send questions about the office, money, careers and work-life balance to workfriend@nytimes.com. Include your name and location, even if you want them withheld.